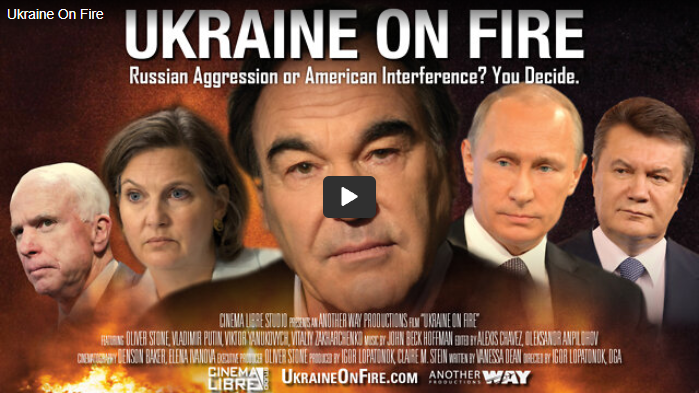 It’s far more complex than most imagine, and it’s global. In a recent update, the Bulletin of Atomic Scientists reported the world is ‘at doom’s doorstep’ with a civilization-ending apocalypse imminent. The moment is both perilous and unsustainable, and the time to act is now. 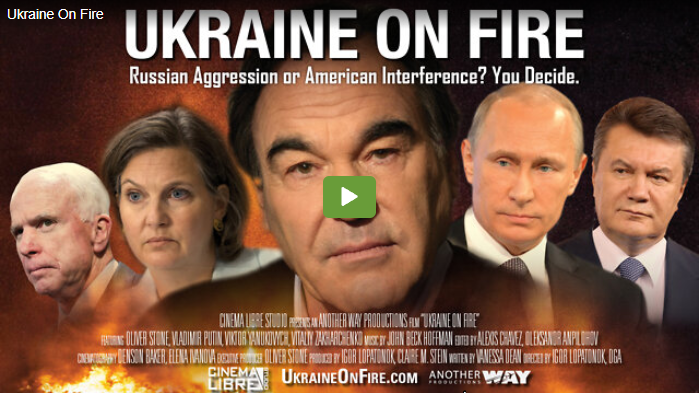 Ukraine is an ancient and proud land, a borderland where East meets West. Its blue and yellow flag represents the sky and fields of wheat, and its rich sought-after land has been used as a pathway — during WWI and WWII — for Western powers as they attempted to conquer the East.

But, as noted in “Ukraine on Fire,” a 2016 documentary produced by Oliver Stone, “every time, Ukrainian people ended up paying the highest price for these grand games of power.”1 As a result, Ukraine, being surrounded by greater powers on all sides, had to master the art of changing sides.misse

Beginning in the middle of the 17th century, Ukrainian leader Bogdan Khmelnitskiy broke a truce agreement with Poland and sided with more powerful Russia. Five decades later, during the Russian-Sweden War, Ukrainian leader Ivan Mazepa broke the union with Russia and joined forces with the Swedish invaders. Ukraine turned into a German protectorate in 1918, after Russia agreed to the conditions of the Treaty of Brest-Litovsk.

The fate of Ukraine was often written by third parties, and, the film notes, “The truth is, Ukraine has never been a united country. When WWII broke out, a large part of Western Ukraine’s population welcomed the German soldiers as liberators from the recently-forced-upon-them Soviet rule and openly collaborated with the Germans.”2

While the full scale of collaboration wasn’t revealed for many years, whole divisions and battalions were formed by Ukrainian collaborators, and in the beginning of the war, more than 80,000 people voluntarily enrolled in the Division “Galicia,” which was notorious for extreme cruelty toward Jewish, Polish and Russian people in the territory of Ukraine.

Many members of these military groups came from the Organization of Ukrainian Nationalists (OUN), which was founded in 1929 and had the ultimate goal of creating an ethnically pure, independent Ukraine. Their official flag was black and red — to represent land and blood. In 1940, Stepan Bandera, who was anti-Semitic and anti-communist, became the leader of the most radical section of OUN, and declared an independent Ukraine in 1941.

The act led his German allies to put him in prison for most of the war, but he still spread his ideologies from behind bars. “Many independent historians estimate that the OUN militia exterminated from 150,000 to 200,000 Jews on Ukrainian territory occupied by the Germans by the end of 1941.”3

OUN eventually ended up fighting equally against German and Soviet forces, but by 1943, USSR forces pushed back German troops and began liberating Ukraine. Western Ukraine, which was held by the Germans, was finally liberated in 1944, but Bandera’s regime continued to carry out guerilla warfare on Ukrainian villages until the 1950s.

In 1945, Germany submitted to the allies, and Ukraine remained a part of the Soviet Union, but the peace was short-lived. The U.S. and Soviet Union, who were allies to defeat the Nazis, became foes as the Cold War began, leaving the world under the constant threat of nuclear war for 45 years.

While the Nuremberg trials brought justice to the leaders of fascist Germany, “the Ukrainian Nazis were spared the same fate, and some were even granted indulgences by the CIA.”4 According to the film, “By 1951, the Agency [CIA] excused the illegal activities of OUN’s security branch in the name of Cold War necessity.”5 Then, in a controversial transfer, in 1954, Soviet leader Nikita Khrushchev gifted Crimea to Ukraine.

In 1989, Narodniy Rukh, or People’s Movement, emerged, which advocated for independence of Ukraine from USSR and became an incubator for leaders of Ukrainian neo-Nazism. One of them, Oleh Tyahnybok, founded the radical group Svoboda in 1991, which preached the ideals of Bandera. Additional groups followed.

Also in 1991, the collapse of the Soviet Union meant that it was the first time in modern history that Ukraine was truly independent. New businesses emerged as a result of the newly free economy. Oligarchs emerged seemingly overnight, creating a class system with a few rich elite and many others struggling to survive.

Multiple revolutions followed, including the 2004 Orange Revolution, triggered by that year’s presidential election. Support for the two candidates — Viktor Yushchenko and Viktor Yanukovych — split the country again, east against west. Yushchenko’s wife, Kateryna Yushchenko, is a former U.S. state department official who worked in the White House during the Reagan administration.

Yushchenko lost, but many didn’t agree with it and charged fraud. Mass protests, with protestors clad in Yushchenko’s orange campaign color, occurred in order to overturn the results. The election was annulled and Yushchenko won the next election — after recovering from a mysterious poisoning illness, which is said to have been carried out by the Ukrainian State Security Service.6

Yushchenko wasn’t elected to a second term, but he granted Bandera “Hero Status” upon his exit from office. Yanukovych became the next president, and he removed Bandera’s Hero Status, but in 2013 the government announced it would suspend plans to sign an association agreement with the European Union, favoring an offer from Russia instead.

“A decent respect for democratic institutions and procedures meant that he [Yanukovych] ought to be able to serve out his lawful term as president, which would end in 2016 … Neither the domestic opposition nor Washington and its European Union allies behaved in that fashion.

Instead, Western leaders made it clear that they supported the efforts of demonstrators to force Yanukovych to reverse course and approve the EU agreement or, if he would not do so, to remove the president before his term expired.

Sen. John McCain (R‑AZ), the ranking Republican on the Senate Armed Services Committee, went to Kiev to show solidarity with the Euromaidan activists. McCain dined with opposition leaders, including members of the ultraright-wing Svoboda Party, and later appeared on stage in Maidan Square during a mass rally. He stood shoulder to shoulder with Svoboda leader Oleg Tyagnibok.”

A leaked phone call, intercepted by Russian intelligence, between Victoria Nuland, the assistant secretary of state for European and Eurasian Affairs, and U.S. ambassador to Ukraine Geoffey Pyatt also openly discussed their plan for a new Ukraine government:8

“The U.S‑favored candidates included Arseniy Yatsenyuk, the man who became prime minister once Yanukovych was ousted from power. During the telephone call, Nuland stated enthusiastically that “Yats is the guy” who would do the best job.

Nuland and Pyatt were engaged in such planning at a time when Yanukovych was still Ukraine’s lawful president. It was startling to have diplomatic representatives of a foreign country — and a country that routinely touts the need to respect democratic processes and the sovereignty of other nations — to be scheming about removing an elected government and replacing it with officials meriting U.S. approval.”

US Installed New Governor in Odessa

Days after Yanukovych was ousted from office and fled from Kyiv, additional controversy arose over the Crimea referendum. Officials stated that more than 95% of voters chose to join Russia, but the U.S. painted it as a Russian invasion.9 Then, on May 30, 2015, former Georgian president Mikheil Saakashvili — “an old friend of the U.S.” — was appointed to be governor of Ukraine’s southern Odessa.

“A quick look at his biography gives the idea that’s he’s been groomed for a special mission,” the film states.10 Saakashvili had received a U.S. State Department scholarship and worked for a New York law firm. He was involved in the Rose Revolution in Georgia, which overthrew the legitimately elected president.

Soon after, Georgia announced its intentions to join NATO and plant new military bases right on Russia’s border. Saakashvili was later accused of misuse of power, embezzlement and other criminal charges, but he fled to the U.S., where his friends in Washington found him another assignment as governor of Odessa.

Shortly before, he gave up his citizenship to Georgia to become a Ukrainian citizen. Adding to the anti-Russian rhetoric was the 2014 Malaysian Airlines jet crash, which was shot down by a missile over Ukraine, killing 298 people.

The U.S. and Ukraine blamed Russia, leading to immediate sanctions against the country. But a Russian report found a different conclusion — that the plane was shot down by a Ukraine missile. According to the film:11

“One would expect that these controversial results would again stir up public interest in the investigation, but the tragedy of Malaysian flight MH17 had already played its role in the big geopolitical game.

Therefore, it was soon forgotten. The goal was achieved. After the third wave of sanctions hit Russia, the tensions between the two countries skyrocketed, so the question presents itself, are we truly witnessing the beginning of Cold War 2.0, and if so, what are our chances to survive it this time?” 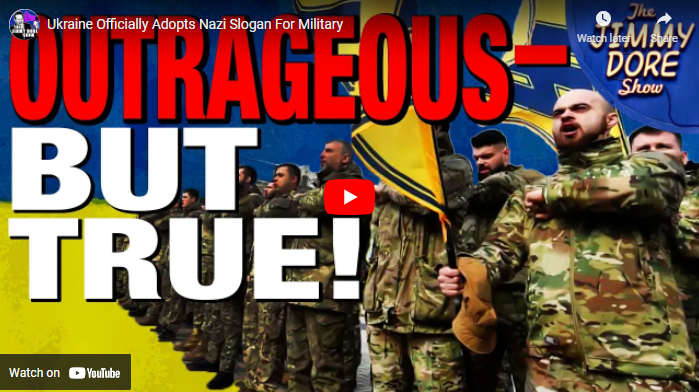 The Bulletin of Atomic Scientists introduced the Doomsday Clock in 1947. It represents a countdown to global nuclear annihilation. During the height of the Cold War, it came its closest to midnight — 2 minutes — then cooled, stretching to 17 minutes by 1991.

In 2015, around the time the film was released, increased instability had moved the clock back to 3 minutes to midnight, due to modernizations in global nuclear weapons and “outsized nuclear weapons arsenals,” with world leaders failing to “act with the speed or on the scale required to protect citizens from potential catastrophe.”12 At the time, the Bulletin of Atomic Scientists read:

“The clock ticks now at just three minutes to midnight because international leaders are failing to perform their most important duty — ensuring and preserving the health and vitality of human civilization.”

In an update released January 20, 2022, however, the Bulletin reported that the world is “at doom’s doorstep,” with the clock moving to just 100 seconds to midnight:13

“[T]he Clock remains the closest it has ever been to civilization-ending apocalypse because the world remains stuck in an extremely dangerous moment. In 2019 we called it the new abnormal, and it has unfortunately persisted … Leaders around the world must immediately commit themselves to renewed cooperation in the many ways and venues available for reducing existential risk.

Citizens of the world can and should organize to demand that their leaders do so — and quickly. The doorstep of doom is no place to loiter … Without swift and focused action, truly catastrophic events — events that could end civilization as we know it — are more likely. When the Clock stands at 100 seconds to midnight, we are all threatened. The moment is both perilous and unsustainable, and the time to act is now.” 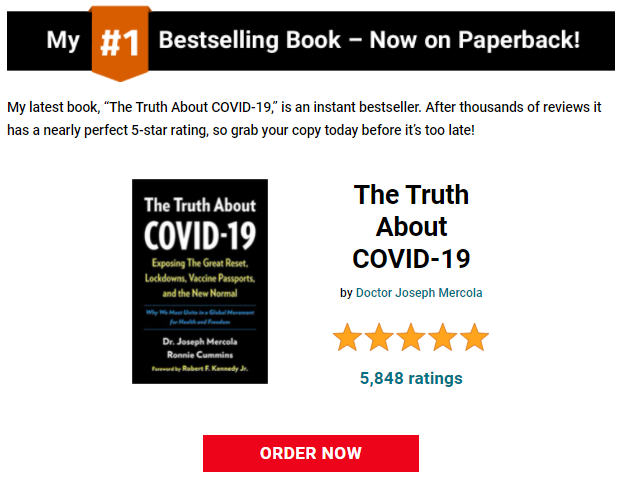