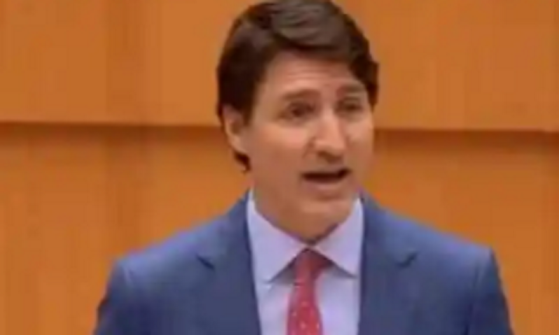 MEP Christine Anderson, a member of the European Parliament, gave Prime Miniter Blackface Trudeau the ‘welcome’ he deserved when he visited the EU Parliament. She torched him.

Anderson did receive some applause and should have gotten much more but such is the condition of Western democracy. Even dictators tied to the WEF Great Reset are not held to account. 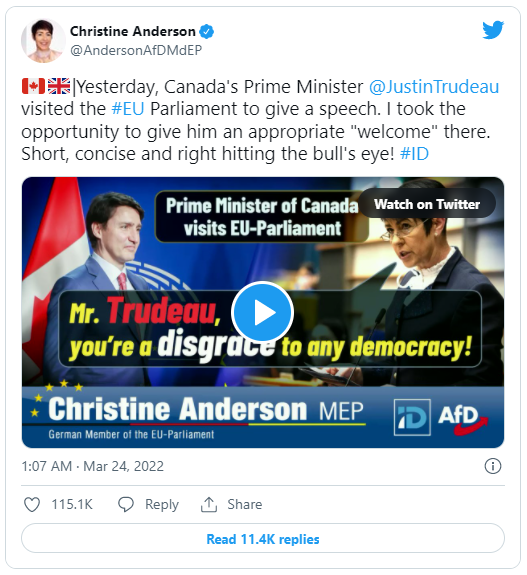 Justin Trudeau forced vaccinations on his people and made domestic terrorists of his own citizens. Trudeau is a fascist.

He’s basically banning protests he disagrees with and anyone who criticizes his government. 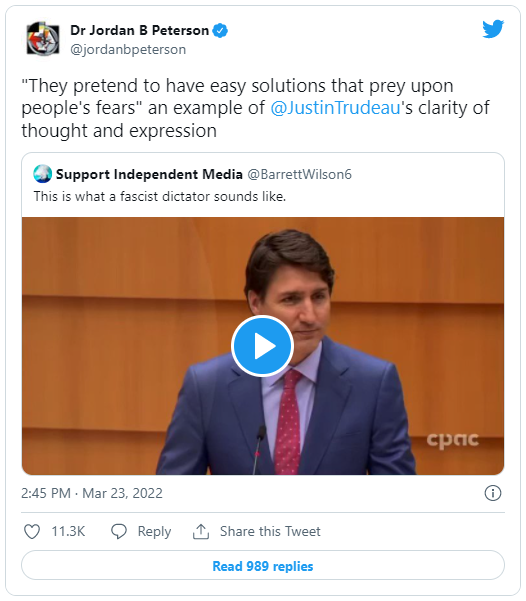 No Traveling, You Canadian Serfs!

He still won’t let Canadians travel, even though it is guaranteed under Article 13. He’s letting some of the other mandates go and the only reason for keeping this one is control. It is not backed by science. Even the tyrant in New Zealand realizes the jig is up and abandoned all mandates. 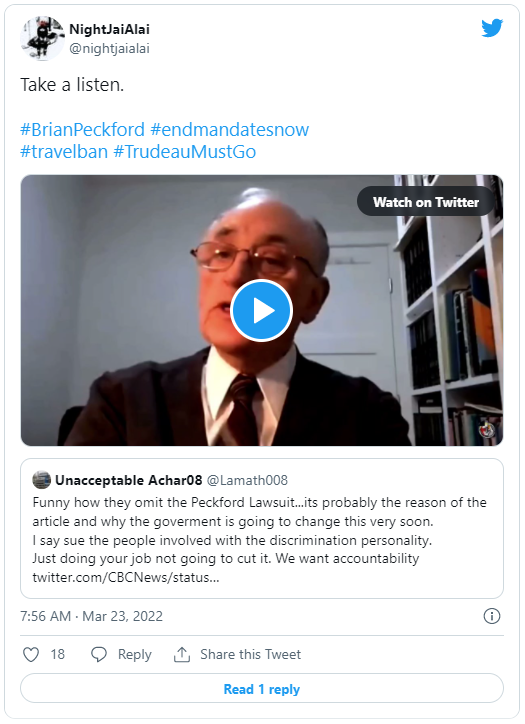