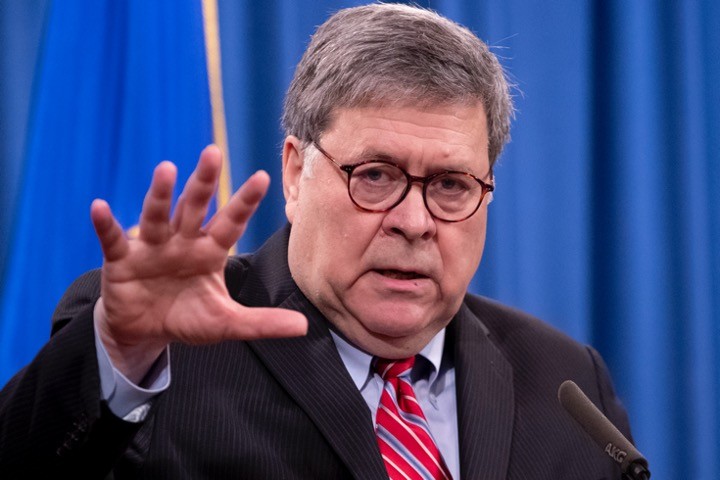 When a laptop belonging to Hunter Biden was abandoned at a Delaware computer repair shop, it could have been the biggest story of the 2020 election. E-mails on that laptop evidenced corruption on the part of Joe Biden when he was Obama’s vice president. One e-mail in particular was about Hunter Biden inviting Vadym Pozharskyi, the number three man on the board of the Ukrainian company that employed Hunter, to Washington “and giving an opportunity to meet” Vice President Biden so they could spend “some time together.” That e-mail seemed to be a follow-up to an earlier one showing Pozharskyi asking Hunter for “advice on how you could use your influence” to help Burisma.

That is the kind of story journalists dream of breaking, or at least reporting. It has it all — international intrigue, government corruption, an actual conspiracy in the works. That should have been news. But, it wasn’t. The liberal mainstream legacy media, Big Tech social media, and the intelligence community worked in concert to keep that story from the American voters. If they couldn’t keep those voters from hearing about it, the next best thing — or possibly even the very best thing — was to taint the story by branding it “Russian misinformation.”

Just days after the New York Post broke the story about Hunter’s laptop, those 51 former intelligence officials signed a letter suggesting — without any evidence — that the story was an example of a Russian misinformation program to discredit Joe Biden. The mainstream media picked up on that lead and ran it for all it was worth, even though the letter those former officials signed stated, “We do not know if the emails . . . are genuine or not.”

In fact, though that letter stated that it was written “to say that the arrival on the US political scene of emails purportedly belonging to Vice President Biden’s son Hunter, much of it related to his time serving on the Board of the Ukrainian gas company Burisma, has all the classic earmarks of a Russian information operation,” it also stated — immediately below that unsubstantiated and audacious claim — that the writers had no evidence whatsoever to back up that claim:

We want to emphasize that we do not know if the emails, provided to the New York Post by President Trump’s personal attorney Rudy Giuliani, are genuine or not and that we do not have evidence of Russian involvement — just that our experience makes us deeply suspicious that the Russian government played a significant role in this case.

If we are right, this is Russia trying to influence how Americans vote in this election, and we believe strongly that Americans need to be aware of this.

But even with the signatories of the letter admitting they had no “evidence of Russian involvement,” that letter served as cover for the establishment to run wild with accusations of “the Russians” meddling in U.S. elections.

Social media banned the Post story. In fact while Facebook simply wouldn’t allow the story to be posted, Twitter went further, banning the New York Post altogether. And — to put in the for-what-it’s-worth column — Facebook said its ban on the story was just until it could be fact-checked by a third party. But then Facebook just never got around to getting that fact-check done.

And, not to be left out, the Biden campaign joined the “Russian misinformation” party, too. Citing the letter signed by those 51 professional liars, Joe Biden called the laptop story “garbage” and part of a “Russian plan.”

But then, last week, all that changed. The New York Times reported that the laptop and its contents have been “authenticated.” So, now — after 17 months of not being news — Hunter Biden’s corrupt dealing in Ukraine (with implications of pay-for-play between Ukrainian oligarchs and Vice President Biden in 2015) is news. And those 51 former intelligence officials are shown to be liars. For their part, they suddenly have nothing to say. Having played their part in tainting the 2020 election, they have silently bowed out.

But Barr is calling them out. As the Washington Examiner reported:

Barr had expounded on all of this on Monday, criticizing the president’s falsehoods and the decision by former intelligence officials to influence the race.

“I was very disturbed during the debate when candidate Biden lied to the American people about the laptop,” Barr said on America Reports on Fox News. “He was squarely confronted with the laptop, and he suggested that it was Russian disinformation and pointed to the letter written by intelligence people that was baseless, which he knew was a lie. And I was shocked by that.”

And Barr — who has repeatedly said he did not believe voter fraud changed the outcome of the Trump-Biden race — went on to say, “So when you’re talking about interference in an election, I can’t think of anything more than that kind of thing.”

In his memoir, One Damn Thing After Another, Barr wrote about both Biden’s lie in the debate and the 51 former intelligence officials who wrote the letter that provided cover for Biden’s lie. “I had heard that he was angry that I didn’t say anything after the presidential debate in which Biden falsely suggested the relevant emails on his son Hunter’s laptop may have been placed there by the Russians,” he wrote, adding, “Biden’s bogus statement relied on a letter published a few days before by a coterie of retired intelligence officials who had lost their professional bearings and lent their names to partisan hackery.”

Their claim was exposed a few days later when the FBI, together with John Ratcliffe, the director of national intelligence, made clear there were no grounds to think the laptop’s damning content reflected foreign disinformation. But, of course, the media, having heralded the letter’s fictitious claims, stayed mostly quiet about its debunking. The damage was done. Biden got away with deception.

Given that Biden even brought the letter up in a presidential debate and had the cover of mainstream media to give his lie a veneer of truthfulness, Barr’s assertion that those 51 former intelligence officials and their lie “probably affected the outcome” is not far-fetched.