WA State Schools to Mete Out Discipline by Skin Color 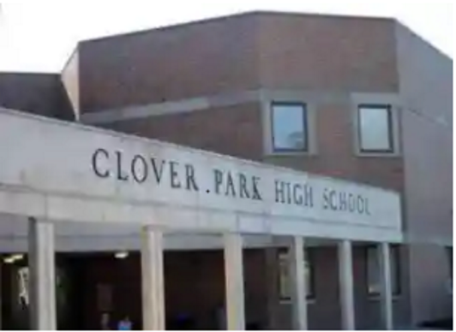 WA State Schools to Mete Out Discipline by Skin Color

A school district in Washington State approved a new policy requiring teachers and school officials to consider a student’s race when doling out discipline.

It’s pure racism, making white students into second-class citizens, and teaching children of color to act out with some measure of impunity.

Jason Rantz: reports that The Clover Park School District debated its new “culturally responsive” student discipline policy. It means student discipline would not be consistent based on conduct. Instead, a school considers a student’s race and background. It would likely offer harsher punishments to white students, even if the conduct is identical to that of a black or Hispanic student.

In the name of inclusion, they’re instituting racist policies that will hurt black students as much or more than whites in the end. They will learn that they are privileged and can misbehave with impunity. The school’s teaching them to be sociopaths.

According to the policy, disruptive students may face “exclusionary as well as positive and supportive forms of discipline.” But the focus, the policy maintains, is to keep students in the classroom and provide “equitable educational opportunities.”

The state officially defines “culturally responsive” as “knowledge of student cultural histories and contexts, as well as family norms and values in different cultures; knowledge and skills in accessing community resources and community and parent outreach; and skills in adapting instruction to students’ experiences and identifying cultural contexts for individual students.”

Everyone but whites will get away with poor conduct.

Watch the meeting of fools. Discipline should be meted out fairly according to behavior, not skin color: 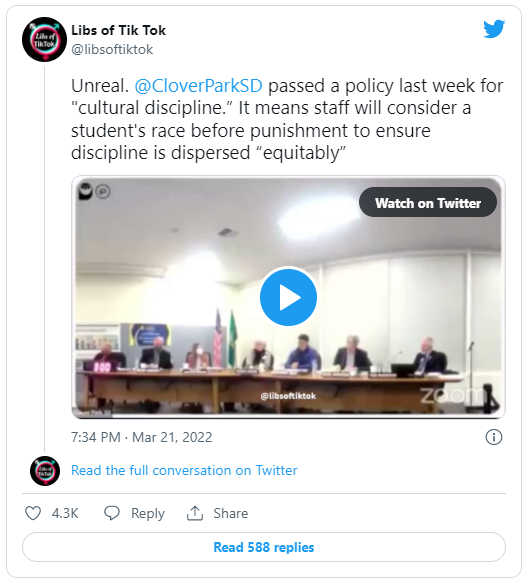