The army’s climate obsession is a disgrace 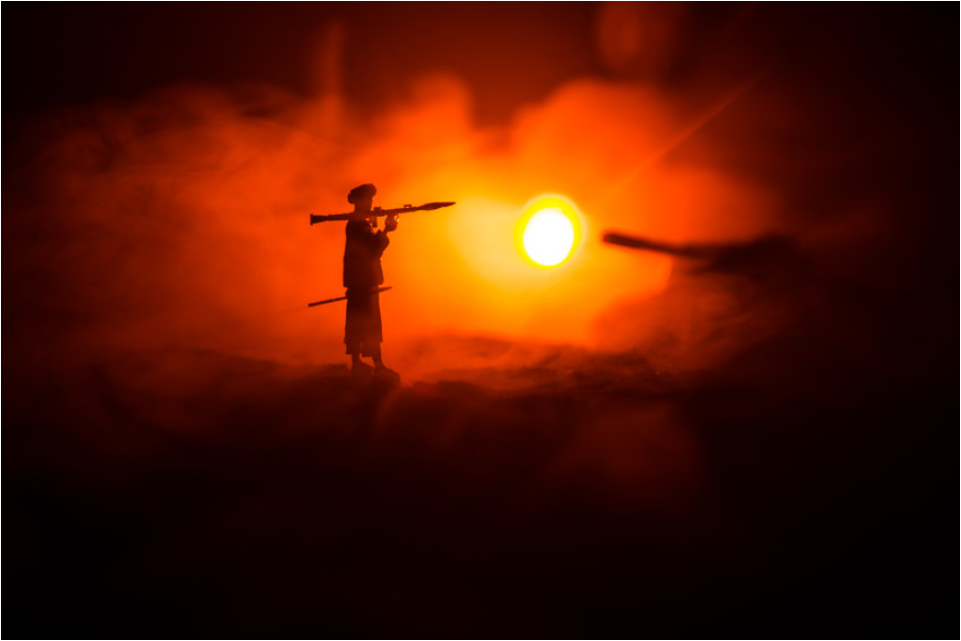 The army’s climate obsession is a disgrace

The United States Army has just published its climate strategy. In the foreword, Secretary of the Army Christine Wormuth, holder of a Bachelor of Arts degree in Political Science from Williams College and a former civilian employee of the Department of Defense, proudly stated that “The army must adapt across our entire enterprise and purposefully pursue greenhouse gas mitigation strategies to reduce climate risks. If we do not take action now, across our installations, acquisition and logistics, and training, our options to mitigate these risks will become more constrained with each passing year.”

One might wonder why, as Russian troops invade the Ukraine and China ceaselessly builds up its air, surface and naval forces, the United States Army is turning its mighty attention to the goal of defeating carbon dioxide emissions. The Army’s former recruiting slogan, “Be All You Can Be” may be reborn as “Be All That You Can Sustainably Be.”

The following paragraph of a new Army Mission statement is a disgrace to a once strong military protecting our shores. It explains why mission critical now concerns the environment

“The world is already experiencing the compounding effects of climate change. Immediate hazards associated with climate change include higher temperatures; changing precipitation patterns; and more frequent, intense and unpredictable extreme weather…The secondary effects of climate hazards could be even more dangerous. Chief among them is an increased risk of armed conflict in places where established social orders and populations are disrupted. The risk will rise even more where climate effects compound social instability, reduce access to basic necessities, undermine fragile governments and economies, damage vital infrastructure, and lower agricultural production.”

KEEP IN MIND THAT EVERY WORD IN THE ABOVE QUOTE IS UNTRUE.

These alleged “risks” come straight out of the publications of Greenpeace and the Intergovernmental Panel on Climate Change (IPCC). The recent IPCC sixth assessment report (AR6) summary for policy markers (SPM) doesn’t indicate that emissions are or will be a crisis. However, it is much more alarmist than the main report. The SPM is edited by government bureaucrats to create alarmism to promote the UN’s agenda of transferring wealth from rich to poorer nations and increasing the UN’s political power.

The Army Climate Strategy sets out two end goals: first, to achieve a 50% reduction in Army net GHG emissions by 2030 compared to 2005 levels; and second, to attain “net-zero” Army GHG emissions by 2050. It does not include or refer to any analysis of the costs, benefits or feasibility of these goals. The “net benefits” are not demonstrated by any analysis, but rather assumed.

When we read the strategy, we had visions of solar-powered tanks that can only fight in sunshine or military aircraft with short ranges and batteries comprising 90% of the weight. Fortunately, those options are not yet contemplated, at least not before 2030. Here are examples of what is proposed:

Throughout the strategy document, there are references to the anticipated (but unquantified) savings in operating costs that will result from these measures. There are no references to the very large capital costs that will inevitably be associated with purchasing electric vehicles and chargers, constructing the so-called “microgrids”,(small systems that generate and supply electricity) rewiring many thousands of buildings and training staff in their maintenance and use. Given the experience everywhere else that such “transitions” have begun, the costs will run to the billions of dollars and reduce the funds otherwise available to meet the Army’s core purpose which is national defense.

Powering a microgrid with renewable energy, as intended in the Army’s Strategy, adds considerably to its costs The electricity demand on a base would be relatively small compared to the generation from state utilities, and therefore more expensive on a megawatt-hour basis. Further, wind and solar generators are inherently interruptible, so there would have to be either backup generation capacity on the base or large battery storage, which is either very expensive or in reality, impossible. Moreover, base microgrids would be designed to meet electricity demand all the time, so the cost of such facilities would likely be far higher than the cost of plants designed primarily to protect against service interruptions.

The whole plan raises a question. If, as is often claimed, the US is headed towards an entirely emissions-free electricity generation system anyway, why should it be necessary to duplicate this within the military bases?

The non-tactical vehicle fleet must be comprised of cars, jeeps and trucks. There are plenty of electric light duty vehicles (cars, SUVs and pickup trucks) now on the market, but they cost at least $10,000 to $15,000 more than internal combustion engine (ICE) vehicles. Similar EV jeeps could probably be manufactured, but the military would be the main customer, so the likely result would be an even larger price disparity compared to conventional jeeps. There are no all-electric trucks in mass production today, and those that are have batteries so heavy that they sacrifice a large amount of freight carrying capacity.

The overwhelming advantage of gasoline and diesel-powered vehicles comes from the high energy density of the fuels and the fact that these oil products can be easily and inexpensively transported and stored. Electricity is precisely the opposite. It is expensive to transport and very expensive to store. Its supply is interruptible and insecure. This would be especially the case in the countries in which conflicts are most likely to arise i.e. the Middle East, Asia, Africa and South America. The army is not going to find many electric vehicle rechargers in poorer countries, in the desert or in a jungle.

The core mission of the US Army and the Department of Defense is to protect the country from threats based on an assessment of the strategic risks. Such risks increasingly involve access to secure energy resources and to the materials needed to produce them. Yet, China now produces 80 % of the world’s solar panels and most industrial wind turbines are made in China and Europe. Rare earth minerals are essential components of renewable energy generation sources and electric vehicle batteries. While estimates of China’s dominance of the rare-earth industry vary, the Wall Street Journal  quotes analysts as saying that China mines more than 70% of the world’s rare earths and is responsible for 90% of the complex process of turning them into magnets. A White House report has estimated that China controls 55% of the world’s rare-earth mining and 85% of the refining process.

In other words, switching one’s energy dependence from oil supplies to China-controlled electrical energy equipment is foolish, bordering on insane, in strategic terms. Where are the senior security analysts in the US Department of Defense willing to point this out?

However, rest assured, America, the Russians and Chinese may be rearming, but the US Army has the climate enemy by the throat!