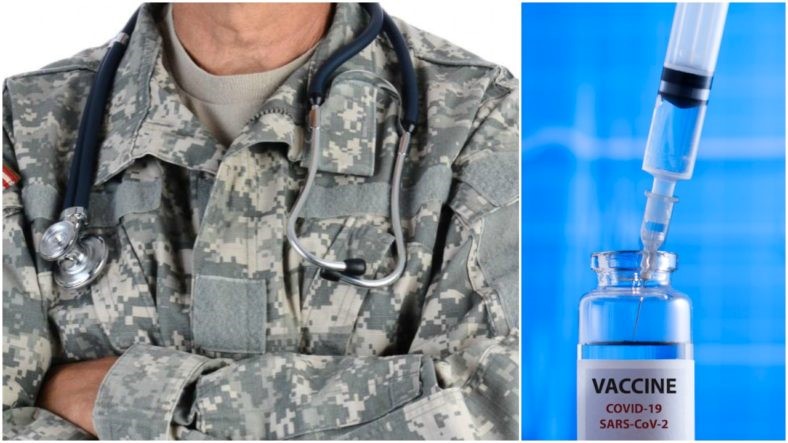 A medical officer with the military has testified in court that she was told by a superior to suppress her findings with regards to the DoD’s Defense Medical Epidemiology Database (DMED) after the vaccine mandate.

Dr. Theresa Long said while giving testimony in court that she and two other medical professionals found a spike in cancer cases, neurological disorders and miscarriages after the vaccine mandate went into place. She and the others who made these shocking discoveries were ordered to keep quiet.

“I have so many soldiers being destroyed by this vaccine. Not a single member of my senior command has discussed my concerns with me … I have nothing to gain and everything to lose by talking about it. I’m OK with that because I am watching people get absolutely destroyed,” Long said in court.

Liberty Counsel is representing 30 members of the military who are fighting back against the Draconian vaccine mandate within the military. They presented their case to Judge Steven Merryday, who has granted a preliminary injunction to two military plaintiffs allowing them to get around the vaccine mandate.

The hearing took place on March 10 where the Department of Defense (DoD) requested for the injunction to be waived while the case is being appealed.

Chairman of Liberty Counsel Mat Staver stated that the DoD is refusing to send witnesses to be cross-examined, suggesting the possibility of a cover-up.

“They send these declarations that some JAG attorney writes, and somebody in the military signs off on them,” Staver said.

Furthermore, Staver said the DoD is presenting information in court that is “outdated, wrong, and would really be subject to dismantling under cross examination” without providing any witnesses to corroborate their story. Judge Merryday, according to Staver, has chastised the DoD, claiming that they have “a frail case,” and are “acting as though they are above the law.”

Big League Politics has reported on the military being an institution aiding in perpetrating the heinous crimes of the vaccine regime:

“The U.S. Marines have only accepted two applications for a religious exemption to the COVID-19 vaccine out of 3,212 applications that have been filed and processed.

“Due to privacy considerations, we are unable to discuss the specifics of any individual requests,” Capt. Andrew Wood stated in an email on Thursday.

“You have to ask each individual Marines their reason why,” Berger said while appearing at the Aspen Security Forum.

“But I think we’re challenged by disinformation … that still swirls around about where the genesis, how did this vaccine get approved, is it safe is it ethical ― all that swirls around on the internet and they see all that they read all that,” he added…

The Marines, and the rest of the Armed Forces, have been turned into appendages for the hellish Orwellian technocracy that is rising due to the COVID-19 pandemic.”

The amount of corruption going on in different levels of government right now is biblical. The testimony from this military doctor is just the tip of the iceberg.