5+ Close Members of the Biden Crime Family Are Addicts 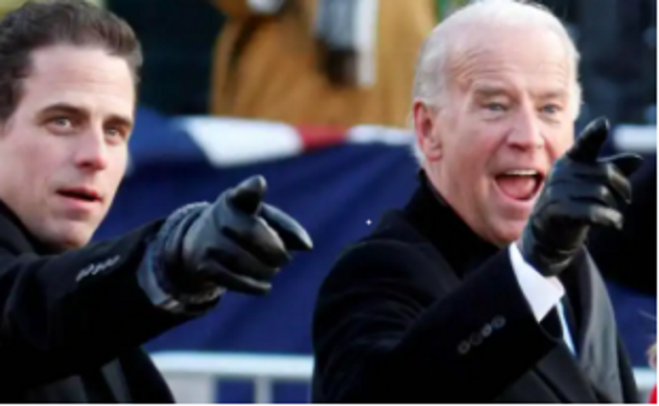 5+ Close Members of the Biden Crime Family Are Addicts

Hunter’s laptop from Hell shows that the Biden crime family has a serious drug addiction problem. The Daily Mail has the images from the laptop and is gradually releasing the information with images, videos, and texts. Nothing on the laptop is good.

Texts from Joe Biden to his son Hunter indicate five members of Joe Biden’s close family have been to rehab for drug or alcohol abuse, DailyMail.com wrote. Apparently, Joe Biden and his wife had the problem or his family did, making that seven.

The president’s brother Frank, children Hunter and Ashley, his niece Caroline and his late son Beau’s widow Hallie, have all suffered from addiction issues. They were in treatment centers. Some were court-ordered.

In a text message from Joe Biden to his son Hunter, Joe referred to Hunter’s addiction as a “disease from mommy and me.” Joe or his parent(s) probably had a problem. Mommy is his first wife who died in a car crash she caused. Their baby daughter died and the two boys were injured.

Biden is a teetotaler so it doesn’t explain his current behavior. Those brain surgeries probably better explain his obvious mental problems.

“You’ve always made me proud you got the disease from mommy and me but you are strong and courageous with so much more to give,” Biden wrote to Hunter in June 2018.

Joe is not dealing with reality about his son’s character. Blaming “mommy and daddy” is not helpful in getting Hunter to take responsibility. Hunter should not be making him proud.

Texts on the laptop also reveal that Hallie Biden, his brother Beau’s widow who became Hunter’s lover after Beau died of brain cancer in 2015, has been to rehab four times, costing over $100,000, some of it allegedly paid for by Joe Biden.

Other texts from Ashley, 40, on Hunter’s laptop reveal that she has also had to get sober after falling prey to addiction.

She texted Hunter warning him against his relationship with their brother’s widow. She told him his feelings for Hallie were fueled by his addiction.

Ashley has been arrested a few times over drinking since a teen. And there’s a video of her snorting cocaine. She too was in rehab.

Joe Biden’s brother Frank has had multiple alcohol-related driving offenses. It was ordered by a judge to attend rehab for three months. That was after a 2004 arrest for driving with a suspended license.

DailyMail.com revealed last year that Frank, 67, had dodged paying a bereaved family a $1 million judgment for 20 years after he was involved in an accident that killed their son in 1999. He was drinking and speeding.

Caroline Biden, daughter of Joe Biden’s other brother, Jim, has also attended court-ordered rehab after a DUI and has struggled for years with addiction.