Yet Another Federal Court Fail 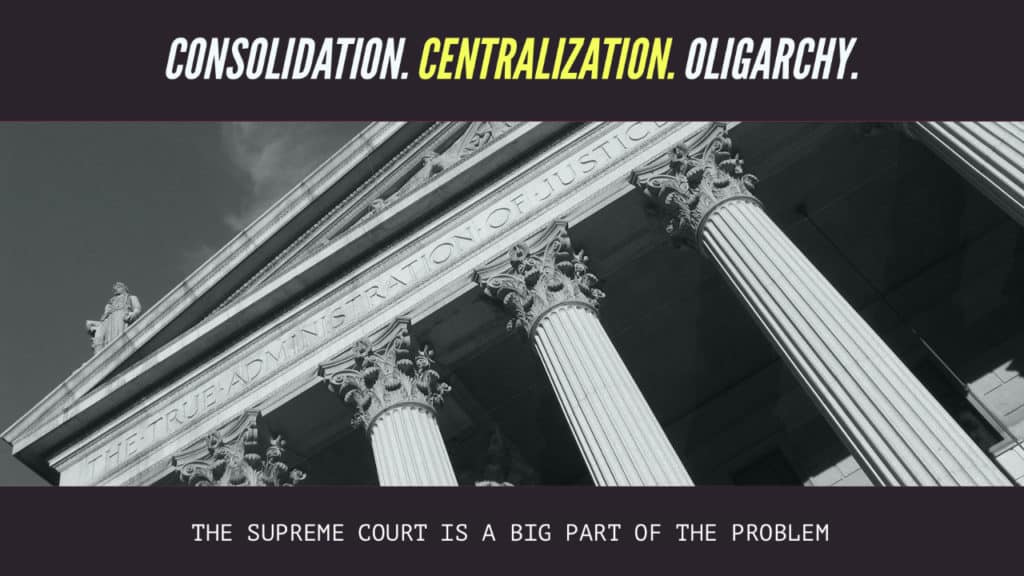 Yet Another Federal Court Fail

Conservatives and libertarians often count on the federal courts to “protect their rights.”

This is a bad strategy.

Most of the time it fails. Instead of protecting rights, federal courts hand down bad precedents that end up applying to the entire United States.

Yet another case in point – last month the Supreme Court declined to take up Travis Tuggle v. U.S., leaving an appeals court precedent in place that further erodes the Fourth Amendment.

The Rutherford Institute and the Cato Institute had filed an amicus brief in Tuggle. It warned that without adequate safeguards, there would be no turning back from intrusions posed “by such expansive, ever-watching surveillance technology capable of revealing intimate details of a person’s life.”

“Unfortunately, we are steadily approaching a future where nothing is safe from the prying eyes of government,” Rutherford Institute president and constitutional attorney John W. Whitehead said. “As the Seventh Circuit Court of Appeals recognized, ‘Foreseeable expansion in technological capabilities and the pervasive use of ever-watching surveillance will reduce Americans’ anonymity, transforming what once seemed like science fiction into fact.’”

Since the federal agencies were involved in the surveillance, this case was appropriate for the federal court. But it underscores the danger in expecting those courts to side with your rights or the Constitution over government “needs.” Over and over again, federal courts have narrowed the scope of the Bill of Rights to further empower government. The wins for liberty are rare. We get just enough breadcrumbs to keep running back to the federal table.

The vast majority of cases should never go to federal court to begin with. They typically involved the actions of state actors, not the feds. These cases should be tried in state court under the state constitution’s bill of rights.

And why does virtually every case involving rights end up in federal court?

Because of the bastardization of the 14th Amendment known as the “incorporation doctrine.”

A lot of civil libertarians like the incorporation doctrine because they believe the federal courts will protect our liberty from overreaching, onerous state and local governments. In theory, the incorporation doctrine empowers federal courts to police the states in order to stop state governments from violating individual rights. In practice, it centralizes power at the federal level and allows the Supreme Court to apply liberty-destroying decisions to the entire United States.

And when the Supreme Court issues an opinion, it effectively cements it as the law of the land. The centralizing nature of the incorporation doctrine ensures bad precedent will be applied across the entire U.S.

So, why do so many liberty-minded people possess this impulse to centralize power? What drives their fixation on monopolizing decision-making at the highest level?

In a nutshell – power. They operate on the misguided notion that they can someday gain control of the levers of power and impose liberty top-down.

The problem is it almost never happens. Centralized government is antithetical to individual liberty. It will never care about you.

And you will never control it.