HAS ONE RIGGED ELECTION DESTROYED AMERICA FOREVER? THE ODDS ARE AGAINST US. 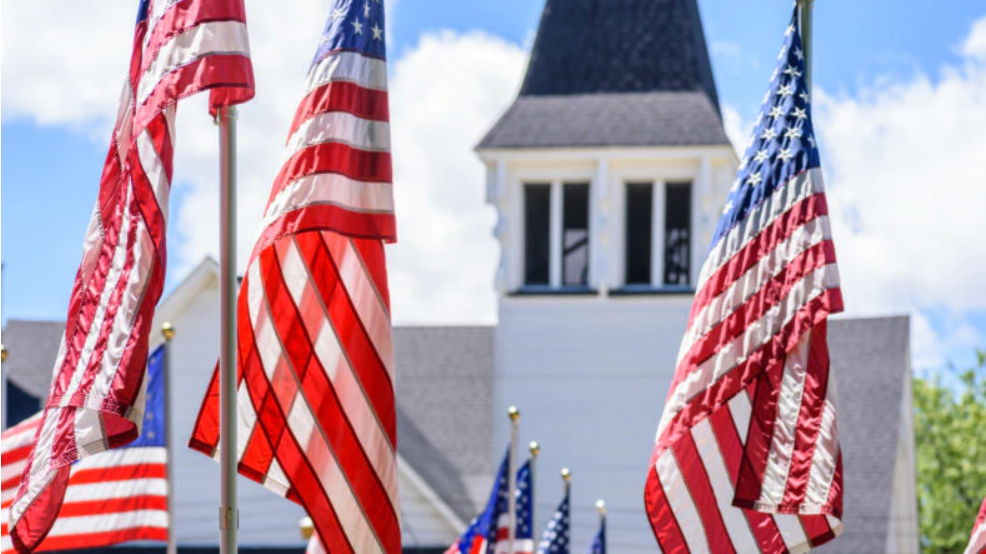 HAS ONE RIGGED ELECTION DESTROYED AMERICA FOREVER? THE ODDS ARE AGAINST US.

Folks, we are in a world of trouble.

America has faced tough odds before. America beats impossible odds all the time. We are resilient and relentless. We are a nation of people who believe nothing is impossible. So, never count us out. There is always hope.

But make no mistake, we are now in the fight of our lives. The odds may be worse than we have ever faced. Our nation is being destroyed from within. America is hanging by a thread. The attacks are relentless and ominous.

The nation is divided like never before. You’d have to go back to the Civil War to find our nation this bitterly divided.

Our borders are wide open with millions of foreign invaders coming in each year. The bad countries of the world are emptying out their prisons- to send their worst criminals to us. Illegal aliens by the millions are bringing poverty, disease and violent crime; bloating our budgets; exploding our national debt; and destroying our education, healthcare and social security systems.

Inflation is raging like never before in modern history. No one really knows how bad it will get. But the government is hiding the true level. More accurate measurements of inflation put us in the range of 15% to 20%. And it’s only going to get worse. This has the potential to wipe out the great American middle class.

If and when gas reaches $10 per gallon (or higher), the US economy will be at the point of collapse. What working-class or middle-class person will be able to drive to work when it costs $200 or more to fill up one tank of gas?

What will happen to 3.5 million American truckers who each drive thousands of miles a week? If they can’t get the food or goods to market, our nation collapses into “Mad Max” territory. It’s every man and woman for themselves.

And don’t forget we have the worst employee shortage in history. No one wants to work anymore because Biden gives so much government welfare and bailout money away. And I haven’t even gotten to the worst scenarios yet.

But the point is, a rigged election has changed everything.

Think of America with President Trump in charge. We had perhaps the greatest and most prosperous economy in history; the highest increase in middle class incomes ever; the lowest unemployment ever- including the lowest black and Latino unemployment ever; inflation and interest rates at historic lows; a perfect supply chain- with a plethora of everything; and peace all over the world. But some Americans didn’t like Trump’s tweets.

What would you give to have Trump back right about now?

Everything is at risk now. America is a disaster now. All because we allowed Democrats to rig a presidential election with millions of fake mail-in ballots; no Voter ID; little or no signature matching; plus an insane idea called “ballot harvesting” that used to be illegal in all 50 states; ballot drops in the middle of the night of 100,000 to 0 for Biden; ballots counted for days after the election until the desired result was achieved; and every Republican witness kicked out of the room while the votes were being counted in key battleground states.

No evidence of a rigged election there, right?

We face the real possibility of World War III with the Ukraine-Russia war. Are you ready to let your sons and daughters die over Ukraine?

We face the real possibility of a nuclear war. We are closer than at any time in modern history. Even the UN announced that only days ago.

We are about to sign the Iran treaty- the worst deal in world history, that hands nuclear weapons to the worst terrorist nation in the world.

China is almost certain to invade Taiwan- which makes 95% of the crucial computer chips in the world. Without them we can’t operate our computers, cell phones, or cars.

And then as a “bonus” we face financial collapse if we can’t get enough oil to fill our gas tanks; if the Russian money we just banned from our system undermines credit markets and brings down our entire banking system; or if our dollar collapses as the “world reserve currency.”

These disasters are not only all on the table at this minute, but what if several converge at the same time? Our country, your life, your children’s future could be gone, forever. Just like that.

All because we allowed a rigged election in the United States of America.

Who you gonna vote for in November? If you vote Democrat you are officially suicidal.