Energy reliability is everything 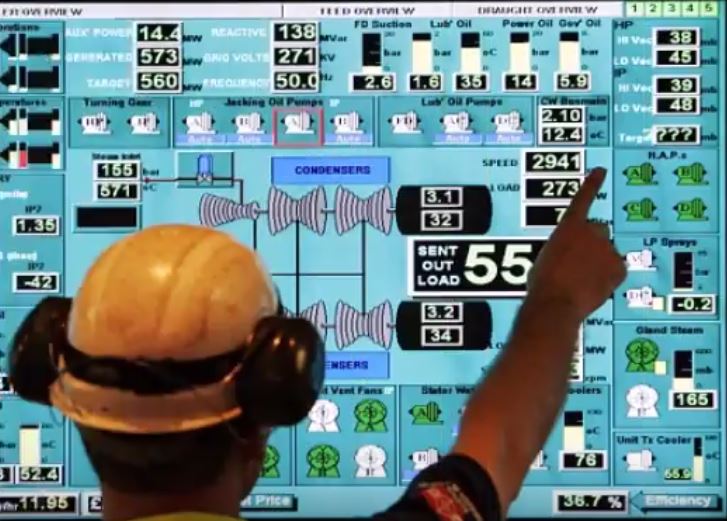 Energy reliability is everything

A recent Wall Street Journal article, The Power Struggle, raised the importance of grid reliability, but claimed that electric grid failures were caused by climate change.

The claim that climate risk is undermining grid reliability is an illusion. The WSJ article correctly diagnosed the danger of blackouts, but incorrectly determined that the cause was climate change.

It is their proposed cure, i.e. more wind, solar and batteries for storage, that is causing the problem.

As usual, some of their assumptions are wrong.

For example, the WSJ article said:

1.)  “Wind and solar technologies have become increasingly cost-competitive and now rival coal, nuclear and, in some places, gas-fired plants.”

2.) “Unlike electric systems in Europe, distribution and transmission lines in the U.S. were typically built overhead instead of buried underground, which makes them more vulnerable to weather.”

3.) ”Wind and solar farms, whose output depends on weather and time of day, have become some of the most substantial sources of power in the U.S., second only to natural gas.”

Here are some facts:

3.) Wind and solar are not a substantial “source of power” generated by all power plants serving the grid. Together, wind and solar only provided 10.6% of the electricity in 2020.

Rather than solving problems, wind and solar are creating problems and increasing costs.

Wind and solar are increasing the likelihood of blackouts. This is explained in the book, The Looming Energy Crisis, Are Blackouts Inevitable?

These two recent article provide some details about why using wind and solar  are hurting reliability.

Wind and solar are increasing costs for two reasons: 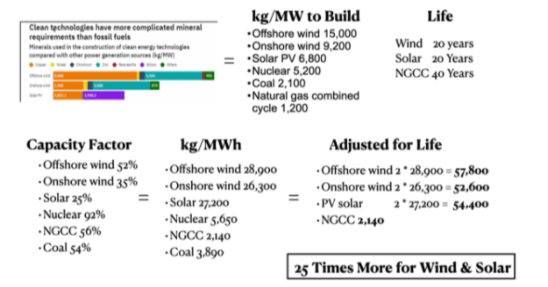 This chart shows that wind and solar require 25 times more critical materials than NGCC power plants, resulting in the US being dependent on other countries.

The WSJ article cites several situations where the grid is stressed, and includes this admonition by a professor at Wayne State University:

“Everything is tied to having electricity, and yet we’re not focusing on the reliability of the grid. That’s absurd, and that’s frightening.”

He, and all Americans, should be terrified by the addition of wind and solar to the grid and how baseload, dispatchable power plants, i.e.,  natural gas, coal-fired and nuclear, are being removed from the grid.