America Is Worth Dying For 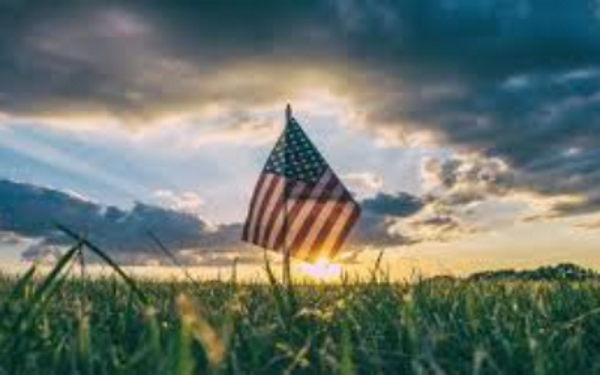 America Is Worth Dying For

In a recent Quinnipiac University poll asking Americans if they were willing to fight for and potentially die to defend America, 68% of Republicans, 57% of Independents, and 40% of Democrats answered yes.  This is wonderful news.  I hope America doesn’t need to get into a shooting war for these patriots to have to face that kind of price. However, do these patriots realize that the traditional America, as envisioned by our Founding Fathers, is in a worse war than a shooting war?    Do these patriots understand that the “progressives” (AKA socialist Democrats, Marxists, communists) have been at war with the Founding Fathers’ America for nearly a century?  Do these patriots realize that this quiet war at home is far more dangerous than any simple shooting war?   Can all of these patriots have their eyes opened to the ongoing destruction of the American way of life by our most dangerous enemy, the horribly corrupt ruling class, composed of Democrat, Republican, and Independent career professional politicians?

“The powers delegated by the proposed Constitution to the federal government are few and defined. Those which are to remain in the State governments are numerous and indefinite. The former will be exercised principally on external objects, as war, peace, negotiation and foreign commerce. … The powers reserved to the several States will extend to all the objects which in the ordinary course of affairs, concern the lives and liberties, and properties of the people, and the internal order, improvement and prosperity of the State.” ~ James Madison

“I think myself that we have more machinery of government than is necessary, too many parasites living on the labor of the industrious. Government big enough to supply everything you need is big enough to take everything you have … The course of history shows that as a government grows, liberty decreases. The two enemies of the people are criminals and government, so let us tie the second down with the chains of the constitution so the second will not become the legalized version of the first.” ~ Thomas Jefferson

A Major Mobilization To Defend America

I don’t ever want to see any American mobilized to participate in anyone’s shooting war.  I have been there, seen that, and got the T-shirt. I do want to see a massive mobilization of all American patriots that are willing to die defending this country get off the sidelines and in the game to kick # against the professional career politicians that are America’s current ruling class.

If you don’t see the Jefferson quote above in our federal government today, please, please take your blinders off and examine your government more closely.  It isn’t a political party thing; it is an anticipated problem our Founding Fathers warned us about more than two centuries ago.  The time has come for patriots of all political stripes to come to the aid of your country.  Throw the bums out. End elected office as a professional career. Destroy corruption in government wherever you find it. Sadly, corruption bleeds all the way down to the school board level in too many places.

Totally defeating the current ruling class will take several election cycles. We can rid the nation of a bunch of them in the House and about a third from the Senate this election cycle.  The worst of the corrupt ruling class are highly visible and you will need to vote out as many of those as you can to cripple the anti-American rich, elite, globalist, agenda of the current administration.  Are you better off today than you were on January 19, 2021?  That’s why the current government’s agenda is a clear and present danger to every American citizen today.  That is why it is critical that we put people in office that will throttle back the “America Last” agenda that has America in a death spiral headed for the dust bin of history.

A Force To Be Reckoned With

We can’t do this alone. Remember most of your Republican friends, a majority of your Independent friends, and even a large minority of your Democrat friends are willing to fight with you to save America.  If this article ends up on every computer in America, we have the opportunity to form a force to be reckoned with come the November 6, 2022, election.

Our mantra: Throw the bums out!  We need to start with the highest visibility bad actors we see on TV nearly every day.  The ones that want to destroy the 2nd Amendment, the ones that want to defund the police, the ones that support turning our cities into third world poverty centers, the ones always trying to pit us against each other using race, sexual issues, and past historic events.  They are the greatest clear and present danger because they have a primary goal of controlling everything you do. They won’t be happy until you are very unhappy.  It is only about power and control and the fact that they believe they can run your life better than you can.  Do masks and lockdowns seem familiar? Are you ready to agree to that kind of life?