RUSSIANS ARE COMING to Our Borderless USA 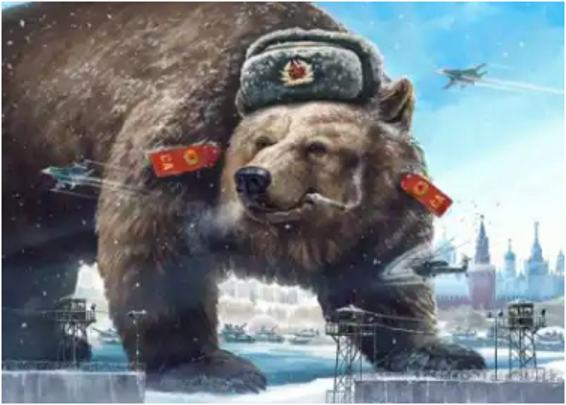 Grotesque (caricature) character. Formidable bear in a soldier’s hat looks away West’s and smokes. Comic image of Russia and the USSR. Propaganda cliche.

RUSSIANS ARE COMING to Our Borderless USA

According to a new report by Reuters, a “growing number” of Russian and Ukrainian “refugees” are exploiting Biden’s open door policy. They are flying to Mexico and coming into the Southern US to claim asylum. Usually, a legitimate asylum seeker goes to the nearest friendly country. In other words, this isn’t a legitimate asylum issue. Biden has erased our asylum laws.

These aliens have an advantage over the usual illegal aliens – they are literate. One must wonder how many might be spies for Putin or are the spies already here? Another question is are they communists?

These so-called ‘asylum seekers’ are reportedly buying plane tickets to Mexico, buying cheap cars, and driving north across the border in order to secure refugee status from the Biden America Last administration.

IT’S WHO WE ARE

Allegedly, some had been turned away at the border, according to a CNN article updated on March 10th.

Senate Majority Leader Chuck Schumer, a New York Democrat, cited the situation during a call with reporters as part of his plea to the administration to end Title 42.

“This is not, this is not who we are as a country,” Schumer said.

That’s right – it’s not who we are. Biden removed our borders. The Biden Administration ignores Title 42 and they are coming in despite the CNN article.

The Department of Homeland Security recently extended a form of humanitarian relief to Ukrainians in the US that allows them to remain in the country and provides protection from deportation when their visas expire. The relief — known as Temporary Protected Status — only applies to people who are already in the US.

No vetting necessary. If they get in, DHS has their back.

The Dessert Sun in San Diego says more than 8,600 Russians have sought asylum in San Diego in recent months. Before the invasion, from August through January — 35 times the 249 who did so during the same period a year earlier. Nine in 10 used official border crossings in San Diego.

Just as an aside, Russia likes to send their people into countries before they take them over. Yet, Democrats have no problem with Russians pouring through our borders. Rolling the dice on that one.

Russians, and others coming from former Soviet Republics, will most likely get asylum and they will keep coming.

“A growing number of Russians and Ukrainians are traveling to Mexico, buying throwaway cars and driving across the border into the United States to seek asylum, a trend that could accelerate as Russia’s invasion of Ukraine has forced more than a million people to flee their homes.”

Not only are they buying plane tickets and making their way halfway across the globe to claim asylum in the US, but this new wave of refugees from eastern Europe likely passed through multiple other countries that would have qualified as the ‘first country of asylum‘ for these “refugees;” therefore, they should not be eligible for asylum in the US, per Trump’s Migrant Protection Protocols (MPP), which are still in effect.

It didn’t begin with the invasion:

This influx of Russians and Ukrainians did not begin when Putin invaded Ukraine, either. Instead, it has been going on for several months, increasing as time goes on, as the prospect of war in the region heated up. According to U.S. border officials, around 6,400 Russians were encountered between October 2021 and January 2022, which is substantially more than the number seen in all of the fiscal year 2021 (4,100).

Despite the long travels and other countries they could apply for asylum in, “almost all” of the Russians and Ukrainians who make it stateside have been allowed to stay, according to Reuters. They have been coming so frequently over the past several months that Russians are actually one of the three top nationalities to arrive at some border-area migrant shelters.

Reuters adds, since before the invasion on Feb. 24 and since last June:

“Russians have consistently been among the top three nationalities arriving at a San Diego shelter, according to data published by the San Diego Rapid Response Network, a coalition of nonprofits, attorneys and community leaders. Last week, Ukrainians were the third most-common nationality among arrivals.”

Does anyone find that concerning? America is no longer for Americans. He has made citizenship meaningless. The US has to be transformed for The Great Reset to work.

For anyone who didn’t see this clip of The Great Resetter Klaus Schwab, it’s worth the time, especially at 4:00: 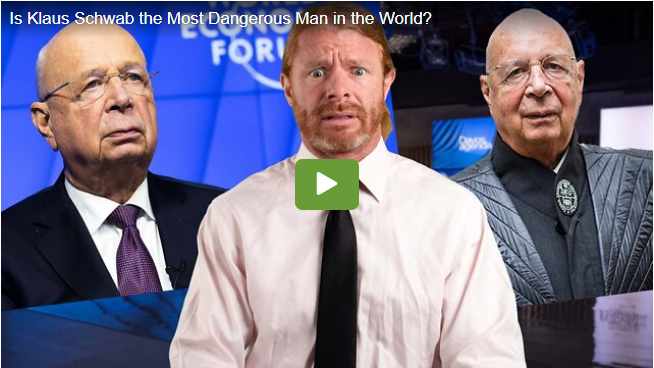