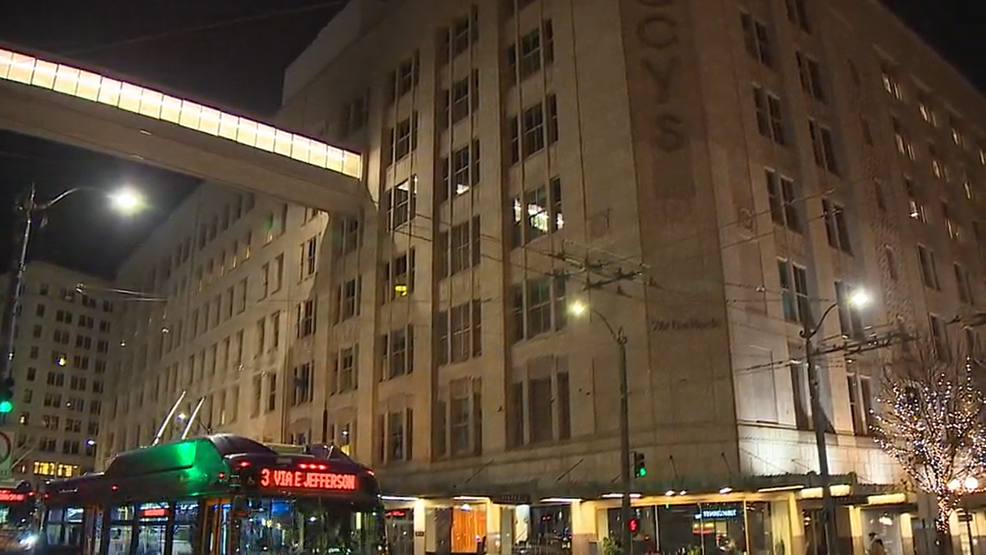 Violent crime has been spiking across the country, especially in big cities, and the impact of far-left leaders’ policies are finally breaking the proverbial “camel’s back” of businesses trying to survive downtown Seattle and other cities across the country.

Over the weekend Amazon was doing what they do: transporting goods from one place to another. Except for this time, it was their own office equipment.

Why do people like Jeff Bezos, Bill Gates, and others support the Left with millions, if not billions of dollars, when their policies are destroying American business—the institution that allowed Bezos and Gates to become who and what they are? Rich and famous.

What’s happening with Amazon in Seattle—and a few thoughts about what the moguls are thinking.

Be informed, not misled.

According to ABC’s Seattle affiliate, KOMO TV 4, Amazon has loaded their van and is moving “roughly 1800 employees” out of downtown Seatle—out of their building at 300 Pine Street.

As KOMO explained, “In the last few weeks, shootings, including one that killed a 15-year-old boy, have rocked the busy stretch of downtown.”

They note that the “Seattle Police has set up a mobile precinct along 3rd Ave. with officers on bikes patrolling the area.”

But, “Amazon apparently hit its breaking point and didn’t want to continue sending its employees into the lawless neighborhood.”

“The crime spree that has been going on near Amazon’s offices, a location that’s just about three blocks from Pike Place Market, a popular area for tourists: Since Feb. 21, there have been at least three shootings, two stabbings, and one carjacking in the area, according to information from the Seattle Police Department’s Twitter account.”

Amazon issued this statement: “Given recent incidents near 3rd (Ave) and Pine (St.), we’re providing employees currently at that location with alternative office space elsewhere. We are hopeful that conditions will improve and that we will be able to bring employees back to this location when it is safe to do so.”

Amazon may not want to hold its breath, though. In Seattle and other big cities including New York, D.C., Los Angles, Chicago, Portland, San Francisco, and others run by far-left Democrat so-called progressives, the story is the same. And it isn’t improving. It’s getting worse.

Mayor Harrell released a statement saying, “Mayor Harrell is working every day to make downtown a safe and thriving neighborhood for residents, workers, and businesses”…but, “it will take time to reverse long-standing safety issues.”

Everyone, I’m sure, hopes Mayor Harrell can fix the long-standing “safety issues” created by former mayors Jenny Durkan, Ed Murray, and the other leftists who preceded them.

If Harrell expects “time” and “additional environmental changes” to heal the problems, nothing will change. Because time is not healing the far-left policies that are responsible for these results.

It will be safe to move back into downtown America when voters realize it isn’t personalities and their words that create or solve the city’s problems—it’s the leftist policies they refuse to vote against.

New faces are not the solution. New policies are. But these and other similar cities cannot seem to bring themselves to elect a conservative mayor, so they continue changing the face of  big city leadership, but never the character or content of their policies and “progressive solutions.”

Ironically Bezos, Gates, and others like them are feeding the monster that is now attacking them.

Example: Under the guise of “criminal justice reform” and “progressive policies,” mayors and city councils defunded police departments while activist prosecutors allow violent criminals to plead down charges to receive slaps on the wrist before returning to their lives of crime.

Amazon, for example, and its woke corporate culture is, thanks to their untiring financial —and other, support, elect Democrat, far-left politicians, they fund radical organizations like Black Lives Matter and consequently perpetuate the chaos in the streets of Seattle, Portland, and all the other cities led by radical leftist mayors.

Each time a new mayor is elected there is a misplaced hope that “this new person” will fix things because they made the case—but they bring the same old worn-out bag of Marxist policies and ideologies.

And lawlessness continues. And worsens.

Victor Davis Hanson: “What is Violence in American Cities all About?” 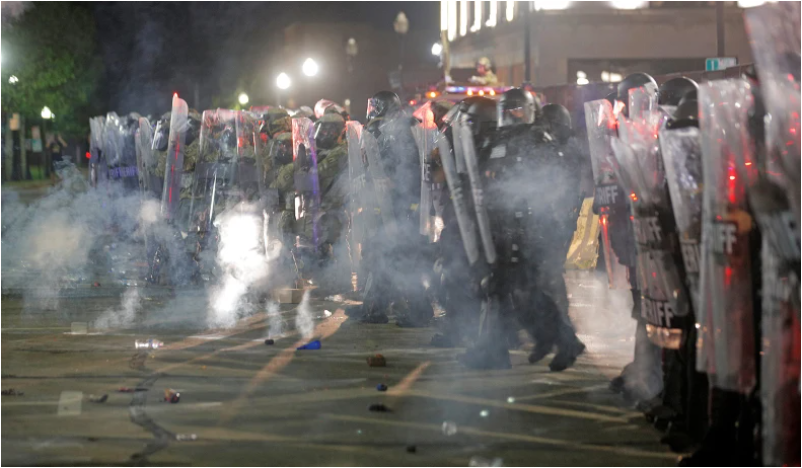 On August 27, 2020, one of America’s finest historians, Victor Davis Hanson, published an article that asked what is the violence in our cities all about. The article was carried extensively under various headlines and titles, in both leftist and conservative publications and websites.

Let me summarize his points.

He began with, “It is hard to tell what the current revolutionary violence in our major cities is all about.”

He noted that some simply hate Donald Trump. Some blamed Covid, and some, as then Seattle Mayor Jenny Durkan romanticized it as a “Summer of Love.”

And he said this:

Why do city governments defund police departments at the very moment vulnerable residents are most fearful for their safety?

“Note that there are rarely demands from Antifa for new statues, given that the protesters’ own heroes are often more flawed than the historical figures whose statues they deface and destroy”, he noted.

What, then, is going on?

As with most cultural revolutions that wish to start things over at “year zero,” the violence is aimed at America’s past in order to change its present and future.

The targets are not just the old majority culture but also classical statues and buildings, hallowed institutions, religious icons, the renowned names of streets and plazas, and almost every representation of tradition and authority.

For the majority of Americans who do not buy into the revolution, it all seems so surreal — and hypocritical.

Only a despised, dynamic American economy allows millions to divorce from it for a summer of protest.

A ridiculed U.S. Constitution ensures that looters and arsonists have due process.

Affirmative action; federally ensured and subsidized college grants and loans; and cheap smartphones, headphones, and laptops all give youth choices unimagined in the past.

No matter — cultural revolutions are incoherent and nihilist.

Then he directed his reader to history.

Those who signed up for the Jacobin Reign of Terror wanted violence, not a constitutional republic to replace the French monarchy.

The Bolsheviks were less interested in substituting an elected prime minister for the Russian czar than in grabbling power and murdering millions of their enemies.

Mao Zedong did not just hate the warlords, landlords, Mandarins, and Nationalists. He wished to reinvent 1 billion Chinese in his own narcissistic image by first killing millions.

There is, of course, a reason to oversee the police more effectively.

Universities are partly culpable for a collective $1.4 trillion in student-loan debt.

Globalization eroded the middle class. Inner-city America is far too violent — and far too neglected.

The unconscious on the pavement destroys art and sculpture or seeks to torch public buildings with public servants inside.

He concluded, “The point of the mob is to destroy what it cannot create.”

And remember: “If my people, who are called by my name…”

I believe God still wants to heal and bless our country. His promise to do so begins with an “If.”

It’s up to you and me how we proceed.

Be Informed. Be Prayerful. Be Vigilant. Be Faithful. Be Blessed.