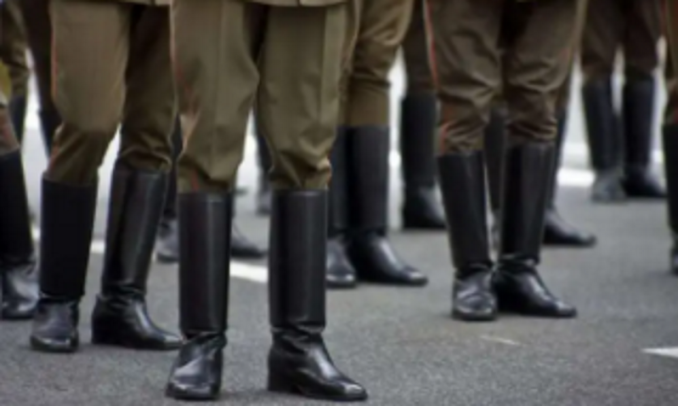 The J6 Witch Hunt Select Committee is dedicated to destroying Donald Trump, Republicans, and Trump fans. At the very least, it’s the Stalinist ‘Get Out the Vote’ committee.

It’s a biased, anti-Trump group hand-selected by Speaker Pelosi. The only Republicans on the committee are Trump haters.

But I am stating the obvious.

They have no visible evidence of criminal conduct but periodically claim they do.

Last July, Pelosi said the Capitol Police would open satellite offices in key areas of the country to hunt down more J6 “insurrectionists.” Aside from the fact that rioters are not insurrectionists, we have police who can do that now.

Aside from weaponizing them as national police, we see Pelosi as expanding the federal law enforcement of the legislative branch into specific areas. The goal, we believe, is actually to investigate political opposition — to treat targets like dissidents.

The Capitol Police aren’t like other law enforcement agencies. Many took the role of political lapdogs for the Democrats in Congress after the riot/rally.

The LA Times reported at the time of the announcement, [using the January 6th riot/rally as an excuse], that the “U.S. Capitol Police on Tuesday announced that the agency was opening regional field offices in California and Florida to investigate threats to members of Congress in the wake of the Jan. 6 attack on the Capitol.“

“Threats against members of Congress have increased in recent years. As of Tuesday, total threats so far in 2021 were double what they were at this point a year ago”, according to Capitol Police, the report states.

“The Department is also in the process of opening Regional Field Offices in California and Florida with additional regions in the near future to investigate threats to Members of Congress,” noted the department in a press release, according to Reason.

It’s the camel’s nose under the tent of a politicized federal police force.

No one bothered to present any evidence that threats against members of Congress have increased and they certainly didn’t care when it was against Republicans during the Obama and Trump eras.

KEEP THEM IN DC AS PER THE LAW

The Capitol Police need to stay in D.C. and we definitely don’t need another unaccountable agency. We have the FBI, CIA, NSA, DHS who can do this and local police can handle anything else. It appears as if Congress wants their own force that they will weaponize.

Congress is developing yet another agency to spy on Americans, violating their mission.

As Reason reports: But make no mistake: The Capitol Police has every intention of becoming just like the FBI and the NSA. According to the press release, it aspires to move forward “along a new path towards an intelligence-based protective agency.”

There is no legislative authority to do this and it is extremely dangerous.