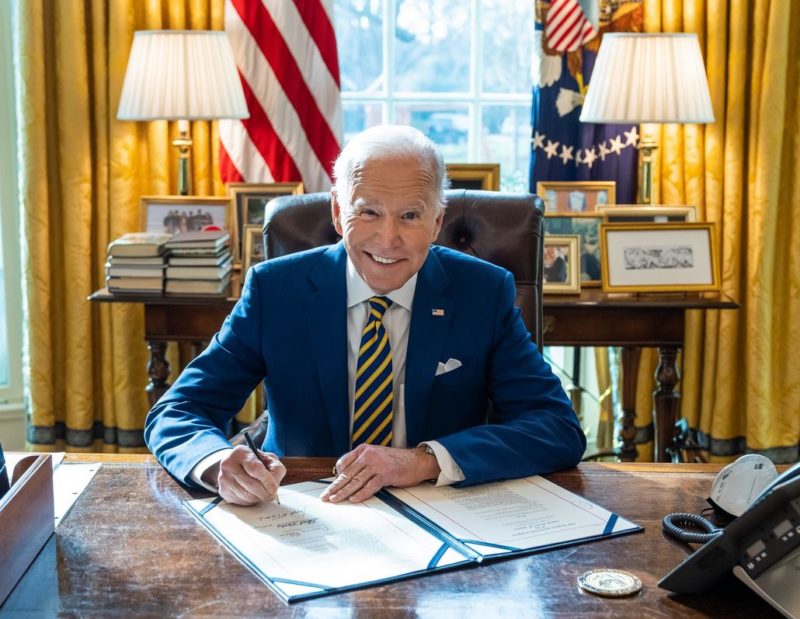 The disastrous debacle in Afghanistan signaled to Vladimir Putin that the time to strike is while Joe Biden is in charge.

Biden continually tells Putin what America will not do.  Mister President, it is not wise to inform the criminals that the police will not be coming.  Particularly if it is likely they won’t.

How can we expect a President to stand up to Putin if he lacks the courage to even stand up to the Green-Left and unleash America’s energy might? 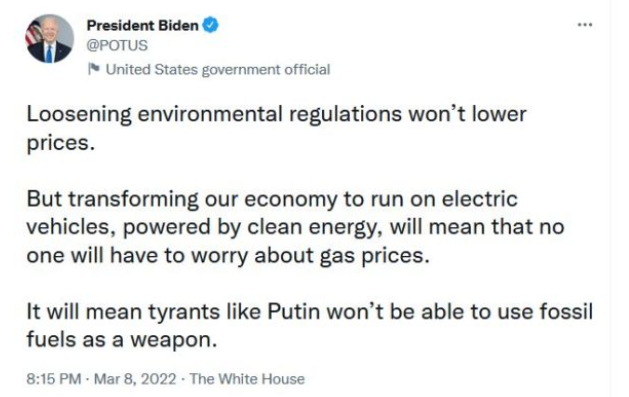 “Tyrants like Putin” includes Venezuelan dictator Nicolás Maduro and the mad Mullahs in Iran.  Yet it is they whom Biden is asking to step up energy production.

Anyone who believes that purchasing gas and oil from tyrants rather than Americans will lower the temperature of the Globe does not understand energy, the climate, or freedom.

Psaki keeps citing unused energy leases as evidence that all is well on the American energy front.  This is nonsense.

We posted a very detailed point by point debunking of Psaki’s energy leases political talking points by Kathleen Sgamma to CFACT.org.  Read it and arm yourself with energy facts.  As Sgamma clearly explains, the 9,000 leases figure is meaningless, “if permits aren’t approved (4,500 outstanding) & with myriad other delays the administration puts in the way of American producers.”

By the way, is Jen Psaki aware that the wind, solar and electric cars the Left so loves, are dependent on rare earths, metals and manufacturing from China and Russia?

The Greens, with China’s and Russia’s active funding and assistance, are blocking American mining as well!