It’s All Smoke And Mirrors: The Reality Of The Left’s Electric Vehicle Future 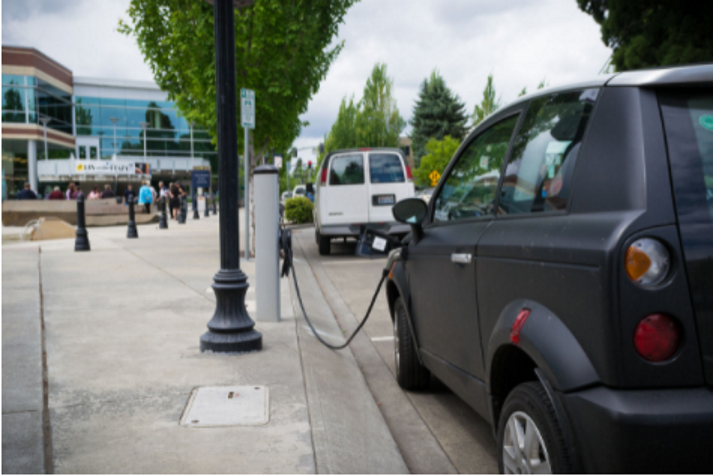 It’s All Smoke And Mirrors: The Reality Of The Left’s Electric Vehicle Future

With Ten Dollar a Gallon Joe’s gas reaching for the Left’s price-point G-Spot, the Twitter-titter of giggling schoolgirls is filling the echo chamber with the glories of Electric vehicles (EVs).

We’ve covered this dozens if not hundreds of times. Electric cars have a huge carbon footprint no matter how you charge them (though, if it’s not hydro or nuclear, it’s less green). The front and back end of an Electric car battery’s life is nasty and contrary to the stated goal; lowering the amount of ‘CO2’ released into the atmosphere.

That’s a useless exercise, as is allowing the government to continue to believe that what it wants to do would make any difference. Progressive Energy policy is all the proof you need of that, of which no small part is EVs.

In the past, Lithium mining, transport, processing, and disposal have been something of a headliner. Another is the manufacturing process to create these huge batteries, their transport, and eventual disposal. One aspect of all of that which is under-reported recently caught my eye thanks to TreeHugger, of all places.

The Modern electric vehicle power plant uses a lot of nickel. Most of it is mined in Indonesia, Brazil, Cuba, the Philippines, and Russia. Canada and Australia also have nickel mines.

Like any open mining operation, IT has a huge carbon footprint, but what concerns the TreeHuggers is that “nickel is not usually mined in an environmentally sensitive way …[And] “The rock contains only about one percent nickel, so it generates a lot of waste…”

The price of nickel is up 92%, and the demand created by the Left’s push for an electrified fleet will amp up mining and waste and make it more expensive.

EVs are already a lot more expensive than a typical combustion engine if you hadn’t noticed. The majority of those who drive them are in the top 5-10% of wage earners. Rich people have all been collecting the generous government bailouts (incentives) to get people behind the wheel of these coal and gas-burning beauties.

And speaking of coal, you can’t make steel without it or aluminum. All that talk about net-zero steel ignores the fact that you can’t make coal without coal. Period. And if there is no steel, then no Windmills (with unrecyclable blades to power your nickel-cobalt-manganese electric car battery).

Aluminum requires massive amounts of electricity to process, which will use some of the capacity needed to charge the millions of new not-so-green EVs or – as we’ve seen recently, the other way around.

We’re not giving up on a super-lightweight multi-purpose metal (used in the damn things), so thanks for getting behind the wheel of an Electric car, but sorry, you can’t charge it right now.

And while we’re ignoring all of these problems

Let’s not forget that the Left wanted rising gas prices to get people into EVs. But we lack the material, manufacturing, supply chain, infrastructure, and grid capacity to charge them at the pace the Left claims we need to adopt.

But we’re doing it anyway?

Picture it like being herded toward the edge of a cliff where they plan to put a bridge that no one is sure how to start let alone finish – but they want you on the other side now.

And to get there at anywhere near the pace these chicken little’s demand will have a more massive environmental impact than the problem they claim we need the EVs to solve (without exploring the human cost of the third world sweat shop slave-level labor).

It will also require trillions of dollars that don’t exist, that no one but they want to spend, making the cost of all of that exponentially more expensive (inflation).

So, let’s ruin the environment to make something no one (but they) will be able to afford that they (honestly) don’t even want you to drive.

It’s all carbon smoke and mirrors, and they either know that or are too stupid to realize it, and either case is justification for their removal from any role in government or public service.

Steve is a long-time New Hampshire resident, blogger, and a member of the Board of directors of The 603 Alliance. He is the Managing Editor and co-owner of GraniteGrok.com, a former board member of the Republican Liberty Caucus of New Hampshire, and a past contributor to the Franklin Center for Public Policy.

The views and opinions expressed in this article are solely those of the author and do not necessarily represent those of The Blue State Conservative. The BSC is not responsible for, and does not verify the accuracy of, any information presented.