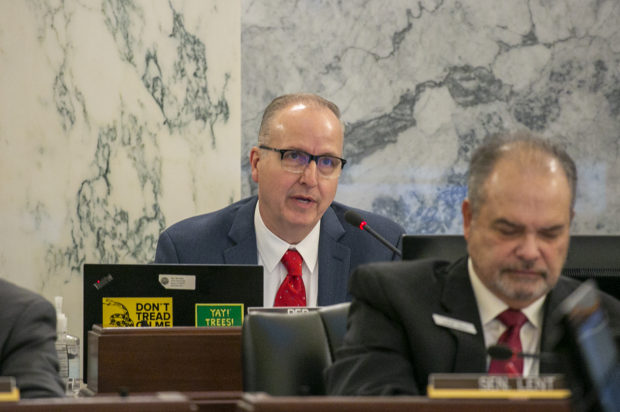 The Rexburg Republican tried to cut more than $1.3 million from the higher education budget — listing campus jobs that, he said, advanced an unrelenting social justice agenda.

Nate didn’t tell his Joint Finance-Appropriations Committee colleagues that his numbers came, almost dollar for dollar, from a Freedom Foundation essay published two days before the committee hearing. As he argued for the budget cuts, he read directly from the Freedom Foundation report, word for word.

There’s nothing unusual about legislating on behalf of a special-interest group or a state agency. Sometimes it’s the very nature of the job.

But Nate wasn’t transparent about it. He presented the Freedom Foundation’s budget proposal as his budget proposal. It’s difficult for lawmakers (or anyone else listening) to judge the merits of data when they don’t know its source.

And this debate isn’t over. The Freedom Foundation talking points, presented by Nate in committee, will likely come up on the House floor.

The ‘diversicrats’ essay — and the budget hearing

The Freedom Foundation essay, dated Feb. 28, continues the hardline group’s higher education narrative. The group maintains that the state’s universities have ignored a 2021 law that forbids them from spending money to advance critical race theory. 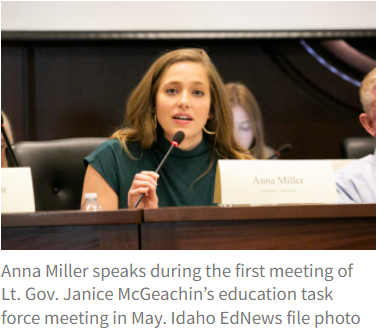 The bulk of the essay is a list of 33 so-called “diversicrats” at the state’s four-year schools — by department, title and salary. Some salaries were unavailable, Miller wrote, and she described her tally as a “painfully naive” low-end estimate of the cost of diversity, equity and inclusion, or DEI, programs.

“These universities will not stop themselves,” she said. “Only a force from outside paying attention over the long haul will put an end to it. DEI statements should be banned. Budgets should be cut.”

On March 2 he proposed a $552,700 diversity and inclusion budget cut for Boise State University, a $531,800 cut for the University of Idaho and a $264,100 cut for Idaho State University. Those proposed cuts incorporate every salary Miller tallied in her report — rounded up or down to the nearest $100.

“Let’s make this quick, if you could, please,” said Youngblood, R-Nampa.

“To the extent that universities are promoting critical social justice, critical race theory, diversity, equity and inclusion programming, they are taking their eye off the ball,” he said. “I’ve given you tangible, actual evidences of us taking our eye off the ball.”

JFAC was unconvinced. Only Rep. Priscilla Giddings, R-White Bird, sided with Nate. His budget motion failed on a 2-17 vote.

During floor debate, lawmakers are supposed to tell their colleagues when they are reading from a document — identifying the source and getting the body’s unanimous permission. JFAC has no such rule, Youngblood said this week.

Nate didn’t share his budget proposal with committee leadership ahead of time, but he isn’t required to do that either.

“At least he prepared a budget,” Youngblood said. “We gave him room for that.”

‘The false narrative of conflict entrepreneurs’

The universities say Nate and the Freedom Foundation paint an incomplete picture.

“The information Rep. Nate presented to JFAC continues the false narrative of conflict entrepreneurs determined to incite fear and end public education,” U of I spokeswoman Jodi Walker said Wednesday. “The narrative around ‘social justice programming’ as outlined in the IFF column … does not accurately reflect the underlying true purpose: success of all students.”

The Freedom Foundation cheered on Nate’s push for budget cuts — but said the quiet part out loud. 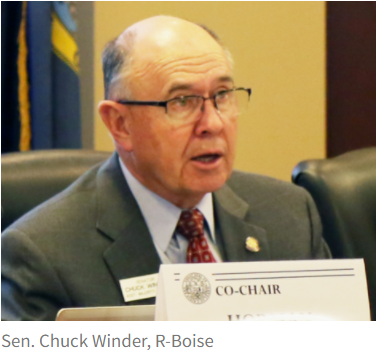 “Rep. Ron Nate is putting on a show in JFAC,” the group tweeted during the March 2 budget hearing.

In essence, Nate’s motion was show. It had no realistic chance of passing. It was yet another budget motion in which Nate and Giddings were outvoted by the rest of JFAC — by House and Senate members, by Democrats and by other Republicans.

The real fight comes on the House floor. Aligning with hardline conservatives such as Nate and Giddings — and emboldened by the Freedom Foundation — the House has voted down higher education budgets in each of the past two legislative sessions.

At stake this year is a budget that would put more than $338 million of general fund tax dollars into higher ed. At nearly $25 million, it likely represents the largest one-year increase for higher education in state history. Yet budget-writers are cautiously optimistic that this budget will pass the House.

Other legislative leaders are hopeful as well.

House Minority Leader Ilana Rubel hopes political pragmatism wins out. Many House hardliners — “the budget detonators-in-chief,” as she put it — face difficult primaries in May. Voting down budgets delays adjournment and keeps lawmakers off the campaign trail. 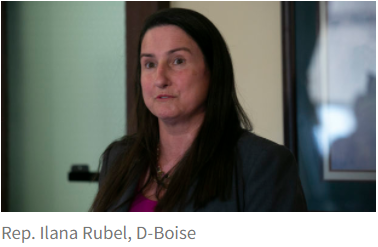 “I’m hoping there will be some incentive there to move the train along,” said Rubel, D-Boise.

Rubel didn’t mention Nate by name, but she might as well have. He filed for re-election Wednesday — and former Rep. Britt Raybould has already filed to challenge him. Nate narrowly defeated Raybould in 2020; their rematch will be one of the most closely watched primaries in the state.

Rubel doesn’t expect a higher ed budget to pass easily. And it won’t. This will be another bruising debate — where the talking points from conservative legislators and the Freedom Foundation are pretty much indistinguishable.