When climate alarmists panic they double down on their propaganda 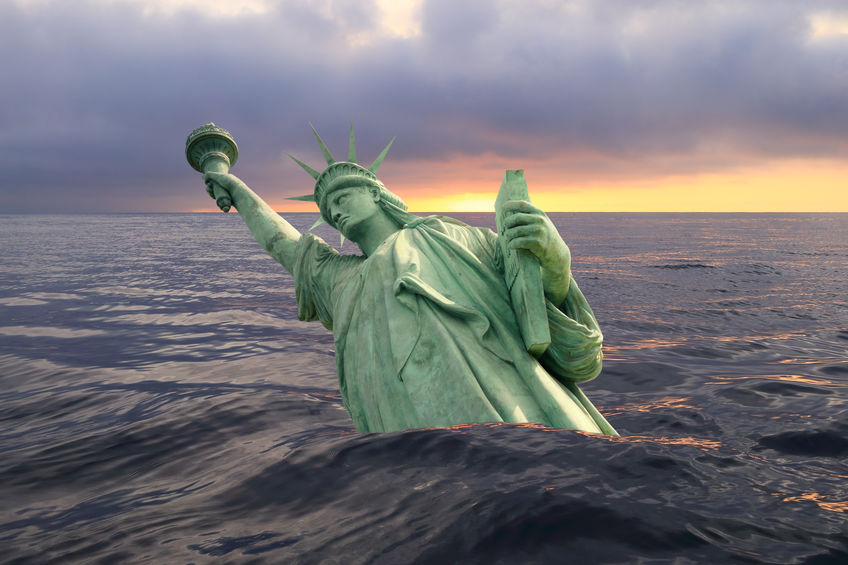 When climate alarmists panic they double down on their propaganda

The infamous International Panel on Climate Change (IPCC) has been publishing voluminous scare stories on the future of our planet for over a decade. The IPCC is a political arm of the United Nations charged with determining man’s impact on our climate, not what physical variables control our climate. The Panel consists of nearly 2500 political appointees with a couple hundred scientists among them.

They are generally quite split on their opinions, but a small executive committee always summarizes their reports to create climate alarm as best they dare.

They must be very nervous that folks aren’t paying much attention so last week they released a shorter totally unsubstantiated report exaggerating significantly every scare they have been promoting for many years.

While it is difficult and tedious for me to summarize the report, the New York Post with the help of the Associated Press on February 28, appears to have done a thorough job in their article titled “UN Climate Report Says Atlas of Human Suffering is Getting Worse, Bigger.” We have reprinted below the first half of the text of the article containing all the alarmist and absurd claims. The last half of the article that we have not reprinted was made up entirely of alarmist scientists quoting support for the claims in the first half of the article. We inserted in BOLD LETTERS, our supportable contention that each of the articles predictions are unsupportable lies. While most of our readers will recognize the lies for what they are we thought it amusing to tackle the article in this way. We think you will agree that the left is getting nervous that fewer and fewer people are paying attention to these fantasies so they must expand upon them. Sadly we know leftist governments are actually acting on them. 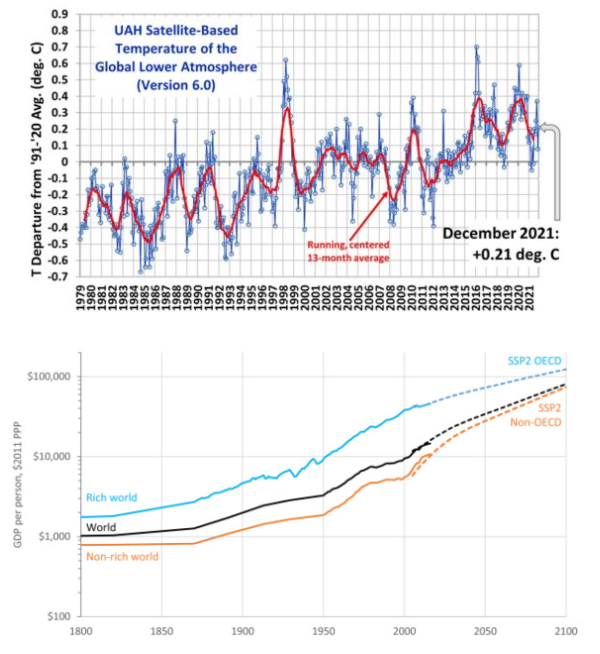 Deadly with extreme weather now no such extreme weather, see Figure 1, climate change is about to get so much worse. It is likely going to make the world sicker World keeps getting healthier , hungrier hunger declining everywhere i, poorer poverty declining ii everywhere See Figure-2iii, gloomier and way more dangerous in the next 18 years an absurd selection of random year prediction with an “unavoidable” increase in risks, a new United Nations science report says.
And after that watch out.

The UN Intergovernmental Panel on Climate Change report said Monday if human-caused global warming isn’t limited to just another couple tenths of a degree, an Earth now struck regularly by deadly heat, fires See Figure-3, 4, floods and drought there has been no increase in heat, fires, floods or droughts iv in future decades will degrade in 127 ways a funny contrived number with some being “potentially irreversible.” Absurd. 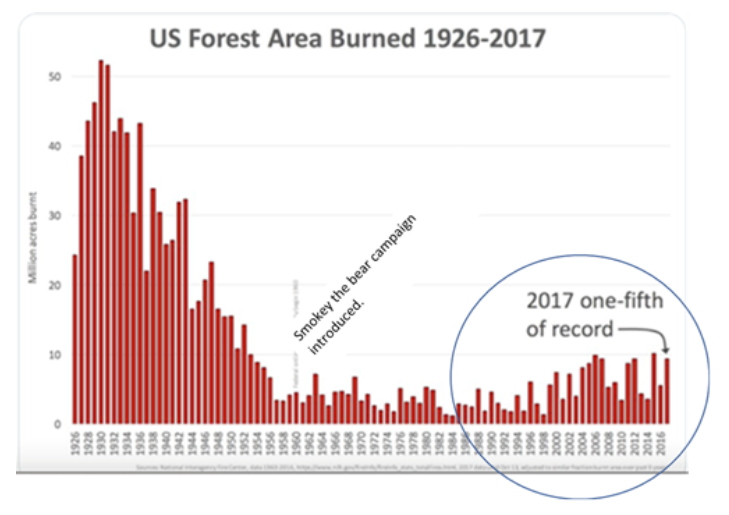 “The cumulative scientific evidence is unequivocal nothing in science is unequivocal except lies: Climate change is a threat to human well-being and planetary health, ridiculous” says the major report designed to guide world leaders in their efforts to curb climate change. Delaying cuts in heat-trapping carbon emissions v and waiting on adapting to warming’s impacts, it warns, “will miss a brief and rapidly closing window of opportunity to secure a livable and sustainable future for all were it to warm all life would benefit.” 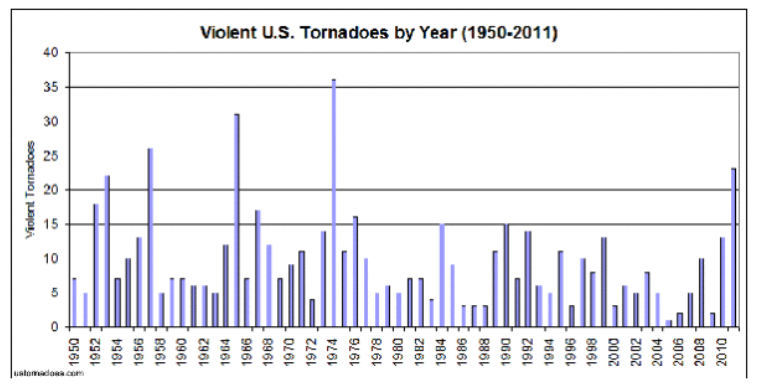 Today’s children who may still be alive vi in the year 2100 are going to experience four times more climate extremes than they do now even with only a few more tenths of a degree of warming over today’s heat no evidence of this whatsoever. But if temperatures increase nearly 2 more degrees Celsius from now (3.4 degrees Fahrenheit) they would feel five times what a contrived number vii the floods, storms, drought and heat waves, according to the collection of scientists at the IPCC.

Already at least 3.3 billion people’s daily lives “are highly vulnerable to climate change” and 15 times more likely to die from extreme weather, the report says almost silly statement. Large numbers of people are being displaced by worsening weather extremes. And the world’s poor are being hit by far the hardest, it says. A simple lie

More people are going to die each year from heat waves, diseases, extreme weather, air pollution and starvation because of global warming, the report says cold kills 20 times more people prematurely than heat viii. Just how many people die depends on how much heat-trapping gas from the burning of coal, oil and natural gas gets spewed into the air and how the world adapts to an ever-hotter world, scientists say. The intent is just to cause the rationing of energy when fossil fuels are eliminated.

With every tenth of a degree of warming, many more people die from heat stress, heart and lung problems from heat and air pollution, infectious diseases, illnesses from mosquitoes and starvation, the authors say just the opposite is true, cold is a real problem.

The report lists mounting dangers to people, plants, animals, ecosystems and economies the earth and all living things thrive on warmth, with people at risk in the millions and billions and potential damages in the trillions of dollars they just make these numbers up. The report highlights people being displaced from homes none, places becoming uninhabitable none, the number of species dwindling no evidence, coral disappearing none , ice shrinking not and rising not and increasingly oxygen-depleted not so and acidic oceans none.

“Today’s IPCC report is an atlas of human suffering and a damning indictment of failed climate leadership,” United Nations Secretary-General Antonio Guterres said in a statement. “With fact upon fact, this report reveals how people and the planet are getting clobbered by climate change.

It would be difficult to compile a larger list of lies on any topic than this report contains. We hope are readers will be prepared to overturn the lies wherever they are encountered.

iii Global GDP per capita is increasing in all countries, and faster in the non-rich countries since 1950 to today read report by B Lomborg
https://www.sciencedirect.com/science/article/pii/S0040162520304157

iv At high levels of CO2 plants will grow and thrive with up to 70% less water, read report

v There is no valid scientific or thermodynamic explanation that support the idea of “heat trapping gasses”, read detailed explanation http://nov79.com/gbwm/htg.html