Thanks to Joe Biden, China won the Ukrainian war 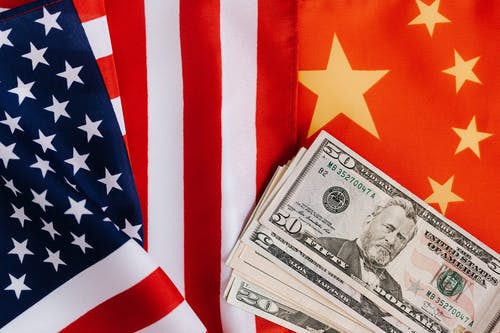 Thanks to Joe Biden, China won the Ukrainian war

Big events are moving fast, Joe Biden is moving slow, and China is getting the upper hand. By recognizing the independence of pro-Russian separatists in Ukraine, Vladimir Putin, the Kremlin’s master of disaster, is still one step ahead of President Biden and NATO.

Big events are moving fast, Joe Biden is moving slow, and China is getting the upper hand. By recognizing the independence of pro-Russian separatists in Ukraine, Vladimir Putin, the Kremlin’s master of disaster, is still one step ahead of President Biden and NATO.

This is a lose-lose situation for the Europeans and Americans, but the Russian move is a big win opportunity for China, which will take advantage of the Ukraine crisis and expand its dominant influence in Asia. China is closely watching what is happening in Europe and is planning its future politics. When, in early February, China supported Russia in a joint statement opposing, among other things, any NATO expansion, it also saw a clear opportunity for gain against its detractors. The support of China was expressed during the visit of Vladimir Putin to Beijing, at the beginning of February, at the time of the opening ceremony of the Olympic Games. Words are always very important in diplomacy. For China, Russia’s concerns about Ukraine must be respected, as well as the concerns of other actors in the crisis. This is what the head of Chinese diplomacy, Wang Yi, said on Saturday 19 February at the Munich Security Conference. In other words, Beijing understands Moscow’s concerns and also shares its main demand, namely that Ukraine remain outside NATO.

Interdependent games of influence are clearly underway. Beijing has been accused for several years of causing tension in the region as China strengthens its control over islands and atolls in the South China Sea. Beijing claims almost all of the area, which is disputed by several littoral countries such as Malaysia, Vietnam, the Philippines, Taiwan and Brunei. China has stepped up its pressure on Taiwan, which it sees as part of its territory, in recent months with multiple fighter jet incursions into Taiwan’s air defense identification zone. When China looks at crises in general, it looks to see if there is a win-win opportunity. In the case of Ukraine, Beijing has several options, all of which are positive for the communist regime.

China joined Russia in asking the Atlantic Alliance not to admit new members. NATO, qualified by China, as a legacy of the Cold War that should have disappeared when the Soviet Union fell. This is why, as the Chinese commemorate the fiftieth anniversary of U.S. President Richard Nixon’s historic visit to Beijing, Moscow’s recognition of the two “self-proclaimed republics” of Luhansk and Donetsk, followed by the entry of Russian troops into Donbass, seems to have provided Beijing with new alternatives. While China is ready to support Russia against possible Western sanctions – as evidenced by the series of agreements signed on February 4, between Russian President Vladimir Putin and his Chinese counterpart, Xi Jinping – it avoids publicly committing itself to its partner’s military actions.

At the UN Security Council held on Monday, February 21, the Chinese representative called on “all parties to dialogue and seek a reasonable response to each other’s concerns. Midday Tuesday in Beijing, the Foreign Ministry released the minutes of Minister Wang Yi’s telephone conversation with U.S. diplomatic chief Anthony Blinken on “Ukraine and North Korea” a short time earlier. The Chinese foreign minister again believes that “the legitimate security concerns of any country” should be respected. Neither criticism nor approval of Russian policy. However, three days earlier, Wang Yi had declared at the Munich Security Conference that “the independence and territorial integrity of all countries must be safeguarded. “Ukraine is no exception,” he added.

At the UN, China also asked “all parties concerned” to “exercise restraint”. Ambassador to the UN Zhang Jun also called on the protagonists to “seek reasonable solutions”. This is where Joe Biden brought the world to – to the point when Chine is advocating about reasonable solutions. Giving involuntarily such role to China will remain the biggest paradox ever of the Biden presidency.

The geopolitical benefits for China are proportional to the Western fears. The support of the Chinese giant is frightening, because it is new and also unexpected. Westerners see it as a challenge to the world order that has prevailed since the end of the Cold War and that has kept the world free of generalized conflict. European Commission President Ursula Von der Leyen, believes that Russia and China are seeking to replace existing international rules, adding that both countries prefer: “the rule of the strongest to the rule of law and coercion instead of cooperation.” The EU president acts as if China has come out in favor of armed intervention, which it has not yet.

And on the U.S. side, the analysis goes even further, with a parallel being drawn between Ukraine and Taiwan. The commander of the United States Air Force in the Pacific questions Beijing’s support for Moscow, suggesting that an armed intervention in Ukraine could give China ideas in the Indo-Pacific area. The general raises the possibility of a provocative gesture, to take control of several disputed islets and why not then a little further to take control of Taiwan.

Nevertheless, even if Xi Jinping qualified Vladimir Putin as an old friend, on the sidelines of the opening ceremony of the Olympic Games, China is in no need to rush in its support on the Ukrainian issue. First of all because Ukraine is a country friend of Beijing, with important commercial relations between the two countries and especially the Ukrainians are part of the New Silk Roads, the political-economic project which is one of the major axes of Xi Jinping’s presidency. An armed conflict in Ukraine could jeopardize part of the infrastructure that should strengthen trade links between China and Europe. Finally, for the same commercial reasons, China does not want to be dragged into a conflict in Ukraine that could affect its already complicated relations with the United States and the European Union.

Still, what is happening in Ukraine could determine the vision that the Chinese power has of its place and its role in the world in the years to come. Thus, China’s position is getting into another level by adding a new dimension to it with Beijing accusing the United States, on Wednesday 23 February, of “adding fuel to the fire” in Ukraine, after Washington announced its sanctions.

“The United States has kept selling arms to Ukraine, increasing tensions, creating panic and even exaggerated the timing of a war,” a spokeswoman for the Chinese diplomacy, Hua Chunying, blasted to the press. “The key question is what role the United States has played in the current tensions in Ukraine,” the spokeswoman questioned. “Someone who throws oil on the fire, while accusing others, is someone immoral and irresponsible,” said Hua Chunying. This attack against the United States contrasts sharply with the balanced stance of China over the last few days. Fears of a military escalation at the gates of the European Union are now at their height.

In retaliation, the West has taken the first sanctions against Russia. The most spectacular measure was announced by Berlin, which froze the gigantic Nord Stream 2 gas pipeline project, which was to bring more Russian gas to Germany. When asked about the possibility of China imposing sanctions on Russia, Hua Chunying said they “have never been a fundamentally effective way to solve problems. U.S. President Joe Biden announced a first set of sanctions aimed at preventing Moscow from raising Western funds to repay its sovereign debt.

Chinese leaders are obviously smart enough to avoid publicly engaging with Russia, but the games behind the scenes are definitely in their favor. The sanctions that begin today will only open the door to China’s giant appetite for gas, oil and other natural resources that will not be exported to Europe by Russia but to China. Who wins again? China. Who has the polite image of a reasonable superpower concerned with peace and development – China once again. Who will continue to hold all the cards in deciding the future in the Asia-Pacific region after having shown geopolitical and strategic wisdom? Once again, it is China. Even in their boldest dreams, Mao Zedong and Zhou Enlai could never have imagined that in such a short historical period, by Chinese standards, China would be allowed to play an international role as a broker and influencer in bilateral and multilateral diplomacy, within the United Nations and beyond.

A month ago, in my latest article for the Liberty Sentinel, I wrote the following: “The reality is that President Putin has been advancing his interests everywhere even more easily for the past two years. His maneuvers are facilitated by President Biden, who is drifting away from the usual strong reactions and vigilance typical of the American mega-superpower. Instead, he behaves more like the leader of a second-rate nuclear power like France. Believing that economic sanctions can stop military expansion is desperate and Ukraine may soon pay the price. This is the rhetoric of a loser. Biden has been engulfed by Putin and this is actually very bad news for both America and the rest of the free world.”

Developments have proven these predictions to be accurate. It was indeed predictable that the weakness of the Biden administration would only encourage the bold moves of the Russians that are not yet complete. This is just the beginning. Think about it. Putin waited patiently for 8 years before making his next move on Ukraine. In the United States, no president has that kind of leeway, and that is precisely why, when in power, presidents of the United States of America should not, must not, show any weakness to a superpower Head of State who has been in power for over 20 years. The term “Jimmy Carterization” of American foreign policy had a clear and precise meaning in the past. It can be replaced from now on by “Bidenization” that currently covers all equally disastrous aspects of American policy.

President Biden’s succession of gross errors, combined with his weak and lost in translation personality, are an unprecedented boon to Vladimir Putin and China. They also reflect the worst-case scenario of a deserted American foreign influence that we will face in the remaining years of Joe Biden’s first and hopefully last term.

Don Alltoada is an international expert in economics and political sciences with extensive experience in multilateral diplomacy. As a member of several think thanks in Europe and in the USA, he is currently working on disclosing corruption schemes and promoting effective enforcement of the rule of law.