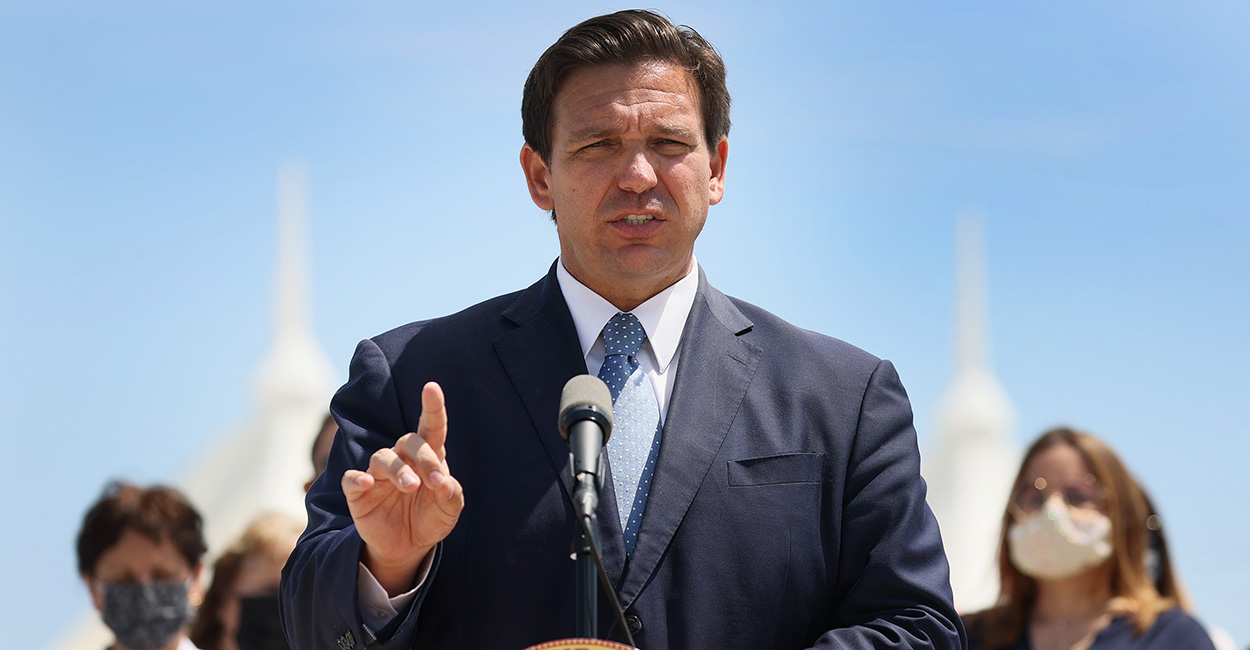 The Florida state Senate on Tuesday passed a parents rights bill, a media-maligned piece of legislation that will prohibit primary school teachers from talking about sexual orientation with children in pre-K through third grade.

Senate passage of the Parental Rights in Education bill by a vote of 21-17 marks a milestone in parents’ efforts across the nation to fight back against the radical left in the classroom. The legislation also represents a model for other states to use as they push back the woke tides.

The Florida House of Representatives passed the legislation last month, 69-47. It now goes to Gov. Ron DeSantis for his signature.

Opposition to the Parental Rights in Education bill has been fierce, with many on the left attempting to reframe the law as the “Don’t Say Gay” bill. The left has attempted for years to indoctrinate children with LGBT ideology in public schools, and now activists are furious at attempts by conservatives to push back.

To be clear, the Florida legislation is not an “anti-gay” bill. It is instead a bill aimed at protecting children—and preventing educators with an agenda from infecting young kids with radical ideology.

DeSantis, a Republican, has expressed as much. In an exchange with a local reporter during a Monday press conference, the governor reiterated that the legislation was about protecting kids and that the corporate media was lying about what it would do. 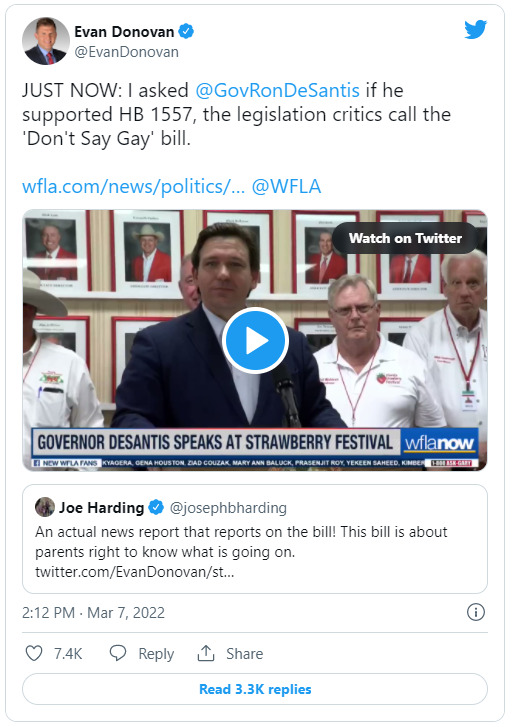 DeSantis press secretary Christina Pushaw went one step further and argued that the bill, which takes effect July 1, was more of an “anti-grooming” measure.

They’re both correct, of course.

Americans are just waking up to how tight a grip the radical left has on the education system, and what dire consequences can result from that amount of control.

In Howard County, Maryland, eighth grade students were subjected to a video in English class featuring a biological woman who identifies as a man talking about transgender issues. The video begins with discussions surrounding genital surgery, sex, and public restrooms before devolving into a screed about transgenderism in general.

Or consider the two California teachers who aided a 12-year-old girl with a gender transition without telling her parents, then called Child Protective Services when the parents found out and tried to stop it.

Parents and states must be empowered to counter the left’s complete and utter control of the education system. And when states take actions to empower parents, they should be praised.

DeSantis and Florida Republicans deserve credit for his aggressive efforts to push back against transgender idealogy. It’s not a given that lawmakers—whether local, state, or national—will take a stand and fight the left.

Last year, South Dakota Gov. Kristi Noem, a Republican, failed to stand up for biological reality when she vetoed a bill to ban biological males from participating in girls and women’s sports. Noem’s actions empowered the radical left, which viewed her refusal to ban men from ruining women’s sports as a jab in the arm toward its warped worldview.

Although Noem since has backtracked and signed South Dakota lawmakers’ Fairness in Women’s Sports bill last month, it came on the heels of DeSantis’ signing an identically named bill last June.

DeSantis and his team understand deeply that the radical left won’t stop and doesn’t care about parental concerns about the negative effects of its agenda on children. The left, alongside allies in the corporate media, will continue to lie about conservative efforts to counter its propaganda war in America’s classrooms.

That’s why it’s so important for DeSantis and his fellow conservatives in state legislatures and governor’s mansions to fight back actively. Because as passage of the Florida bill proves, conservatives can win.

DeSantis’ achievement in Florida should cause a cascade of similar legislation across the country. Americans who are rightfully concerned about leftist indoctrination deserve recourse against the activists who are hellbent on harming children.

There’s a long road ahead. But DeSantis and his team, along with GOP state lawmakers, can take credit for a huge first step.

Douglas Blair is a contributor to the Daily Signal and a graduate of Heritage’s Young Leaders Program.