Russia/Ukraine And The Globalist Two Step 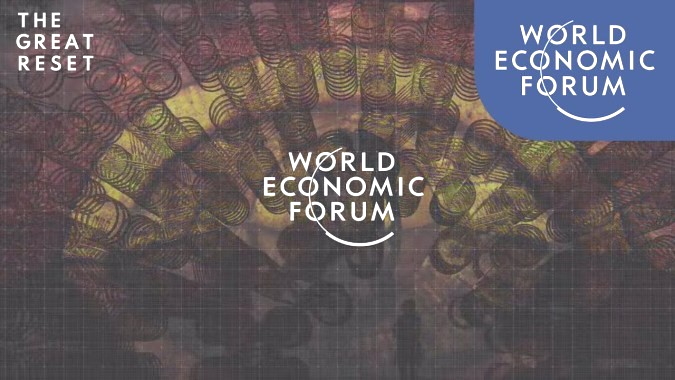 Russia/Ukraine And The Globalist Two Step

The Russia/Ukraine events are staged political theater with lethal consequences – just like Jan 6th and the Covid pandemic were constructions of the managerial state with devastating lethal consequences. Death is very persuasive. Cinema verité is required to achieve globalism’s objectives.

Globalists are eugenicists who consider millions of deaths to be collateral damage, and helpful for their depopulation agenda. Fear of death is necessary to terrify the public and regress them into childish compliance. Everything is connected. I look at the Covid debacle the same way I look at the Russia/Ukraine debacle. It is political theater for the globalists running the op and writing the scripts. We are living the real-life version of Barry Levinson’s 1997 film, “Wag the Dog.”

Vilifying Putin is part of the political theater performance – completely scripted by the globalists, echoed by the world media, and acted out by the lethally corrupt Democrats, their RINO partners, and world leaders participating in the World Economic Forum’s (WEF) Great Reset con. Zelensky is a graduate of the Young Leaders program of the WEF, just like Justin Trudeau – both fighting for the New World Order (NWO) of the global totalitarian managerial state.

Pundit after pundit, analyst after analyst, historian after historian, all busy themselves arguing their particular perspective with merit – none of it matters to me. While they all focus on their particular tree, the globalists are taking over the entire forest. The analysts are playing checkers and the globalists are playing chess. It is a seismic shell game, and the managerial state has honed the con to an art form.

The future of humanity rests on the outcome of the globalist assault on western civilization. Klaus Schwab is only the latest megalomaniac to proselytize one-world government. James Burnham, David Rockefeller, Henry Kissinger, Bertrand Russell, even H.G Wells wrote about it in 1940 – the list goes on and on and on and on.

The difference between then and now is that now the globalists have the science, technology, psychological weaponry for social conditioning, a complicit media for social engineering, political corruption, and the economic concentration of power required for successful imposition of the totalitarian managerial state. The globalist managerial state does not even hide its ambition anymore. In the Great Reset “You will own nothing and be happy.” There is no freedom without private property – period.

The Canadian truckers actually exposed the tyranny of the deep state when Justin Trudeau went rogue and enacted the Emergencies Act in Canada. Anyone with a functioning brain cell understood its existential threat to freedom. The one thing the globalists fear is a populist uprising. The globalists shut Trudeau down in 48 hours – he acted too soon. Timing is everything in a coup.

The Canadian truckers gave freedom its populist voice again. Now we will see what happens with the American truckers – they may be the last alpha males left in this country. They are supported by patriotic governors, like Ron DeSantis in Florida, who are fighting back with states’ rights.

This world war, WWIII, is between globalism and nationalism. The outcome is yet undecided. Time will tell.

Zelensky is a graduate of the Young Leaders program of the World Economic Forum (WEF), just like Justin Trudeau – both fighting for the New World Order of the global totalitarian managerial state.

Klaus Schwab and his Young Global Leaders are an essential component of the debacle. I listened to Zelensky’s address at the 2020 WEF annual meeting. He absolutely invited the WEF to invest in Ukraine. He said the investments are an issue of personal survival for Ukraine and profits for the WEF. Russia and Ukraine are both leveraged to the World Bank and are run by the globalist managerial state represented by the WEF.

The Russian invasion of Ukraine is the globalist two-step, the pivot from pandemic to war, and now the duped virtue signalers are moving from wearing masks to waving Ukrainian flags. Russia and Ukraine are like Coke and Pepsi – both companies appear to be competitors, but they are owned/controlled by the same parent companies, investment behemoths BlackRock, Vanguard, and State Street. Follow the money – always follow the money.

It is all part of globalism’s manipulative, social engineering, psyop of fear – people are no longer terrified by Covid – now it is war and war shortages. It is a shell game, and the con is to deflect attention from the shell with the pea.

The NWO is a feudal system with a binary feudal infrastructure of rulers and ruled. The globalists control all sides in any conflict whenever the countries are part of the world banking system because wars are expensive and require financing. Globalists seek power and planetary governance. They reject religion, national sovereignty, and individual sovereignty as competing ideologies. Globalists seek a return to the binary socio-political pyramid of rulers and ruled.

For me, WWIII is already here. It is globalism against the nation-state, fought using asymmetric warfare. The political theater is a lethal shell game: COVID19 -> Ukraine/Russia -> but the pea is under number three -> digital IDs for total social control. GAME OVER.