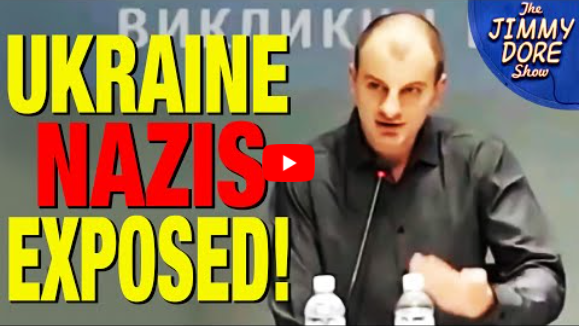 Radio host Jimmy Dore puts truth to the big lie that there are not any or very few Nazis in Ukraine. Our media is claiming there aren’t many Nazis, but Dore presents a great deal of credible proof that there are and that they are extremely powerful. 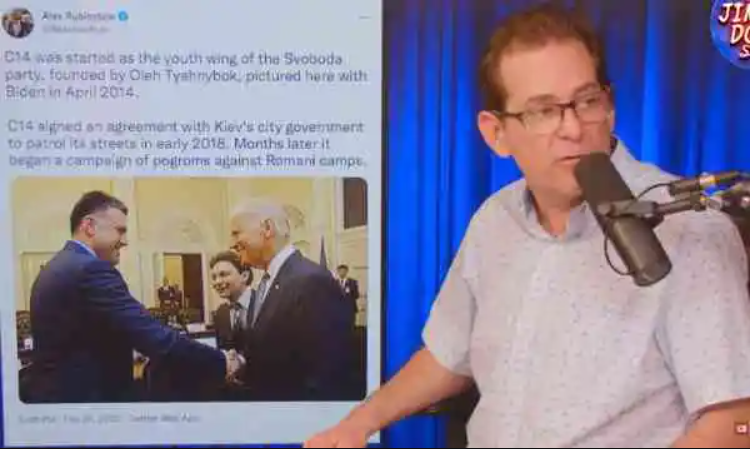 In the clip below, Jimmy Dore presents published evidence that there are Nazis and they became a powerhouse in Ukraine’s government after they helped in the overthrow of the last government.

The Nazis are bragging about starting this war.

Why aren’t we getting in-depth information from our media about Ukraine and the Nazi element? Instead, the media feeds us a superficial and trite analysis of the Ukraine situation or they propagandize it.

These Nazis said that they were pawns of the US because the US wants them to kill and they enjoy killing.

The Azov Battalion welcomed the Nazis into the Battalion in the Ukraine army. The Nation has written about its members’ roles in the government. Andriy Biletsky, the leader became a deputy in Ukraine’s parliament.

Watch the clip below. It’s very informative with a lot of information you might not know.

Zelensky appears to be a weak leader who got rolled by the US and the Nazis. It is alleged that the US will do anything and allow any bloodshed to take on Putin. 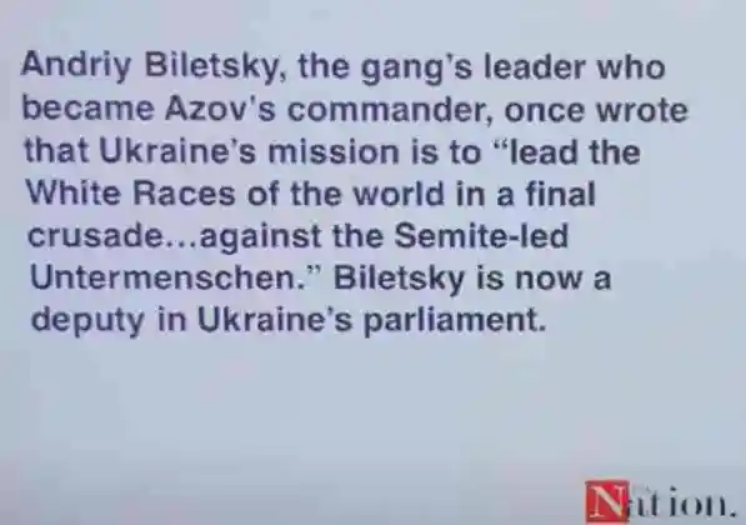