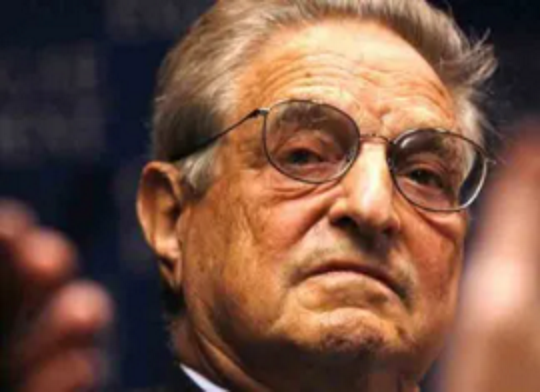 Liberty Daily posted a Climate Depot article about a congressional report in 2018 detailing “Russian attempts to influence” and fund environmental groups to oppose fracking in Europe and the U.S.

The reason is obvious since Russia relies on oil and gas exports for its very survival. There is more to this story. George Soros gives to the same groups surreptitiously.

We reported this in 2018 after The Daily Signal summarized the involvement of Russia and George Soros, who now has operatives employed in the White House.

Russia funneled money to a corporation that funds radical environmental groups that are vehemently opposed to fossil fuels and fracking in the United States. The corporation is active in New York, northern and western Pennsylvania, western Ohio, most of West Virginia, and small portions of Kentucky and Tennessee as well as other states. The Daily Signal has researched their advocacy and financing in energy policies in New York.

Two environmental advocacy groups that successfully lobbied against fracking in New York each received more than $10 million in grants from a foundation in California that got financial support from a Bermuda company congressional investigators linked to the Russians, public documents show, according to The Daily Signal.

When New York Gov. Andrew Cuomo, a Democrat, renewed his state’s ban on fracking three years ago, the Natural Resources Defense Council issued a statement supporting the ban. So did the Sierra Club, the primary recipient of grants from its sister organization, the Sierra Club Foundation.

This is an issue that was exposed in July 2017. It appears that the Russian-backed groups are groups George Soros also funds.

Republican Reps. Lamar Smith and Randy Weber sent a letter to Treasury Secretary Steve Mnuchin on June 29, 2017, requesting he investigate allegations that Russia has financially backed anti-fracking campaigns in the U.S. to “safeguard the influence of the Russian oil and gas sector.”

“According to reports, entities connected to the Russian government are using a shell company registered in Bermuda, Klein LTD. (Klein), to funnel tens of millions of dollars to a U.S.-based 501(c)(3) private foundation, the Sea Change Foundation,” the letter stated.

The Sea Change Foundation is accused of funneling the money from Klein to the environmental groups. However, they deny any ties to Russia.

The Foundation received $23 million from Klein and their only other donor was the founder. There is no evidence of grants or other sources of funds.

The League of Conservation Voters, Center for American Progress, and Union of Concerned Scientists have all advocated for stronger regulations on fracking as well. 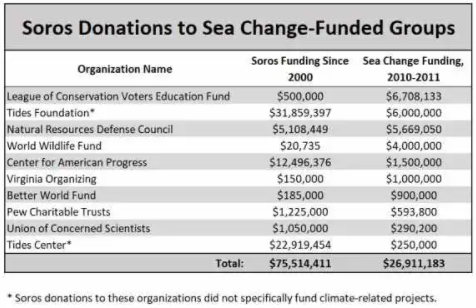 In 2010 and 2011, Sea Change gave away nearly $100 million to the Tides Foundation, the Sierra Club Foundation, the Energy Foundation, and 34 other groups, according to Foundation Directory. At least eight of those groups received more than $20.7 million from Soros combined.

There is more on this link about the radical, boisterous groups both Russia and Soros appear to have funded. For all his anti-Russia and anti-Communist talk, Soros appears to have a lot in common with Putin.

The 2018 Congressional Republican Report noted that in January 2017, the Office of the Director of National Intelligence issued a report stating there is “clear evidence that the Kremlin is financing and choreographing anti-fracking propaganda in the United States.” …

“Hillary Clinton, with access to intelligence reports, made a private speech in 2014…about the struggles of dealing with Russian-backed environmental groups…Secretary Clinton said: ‘We [the State Department and the U.S.] were up against Russia pushing oligarchs and others to buy media. We were even up against phony environmental groups, and I’m a big environmentalist, but these were funded by the Russians to stand against any effort, ‘oh that pipeline, that fracking, that whatever will be a problem for you,’ and a lot of the money supporting that message was coming from Russia.’”

You can read some key excerpts at the Climate Depot.