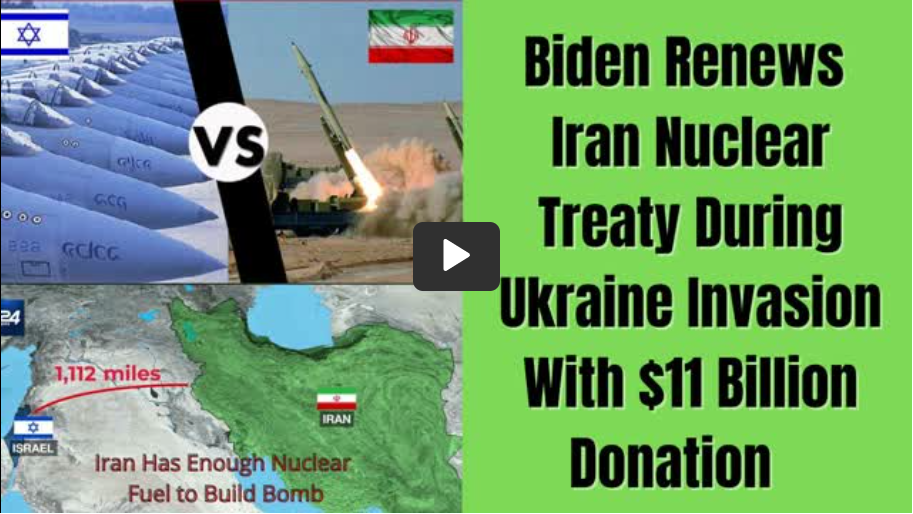 One cannot claim Joe Biden has the world’s interests at heart while purposely slow-walking the Ukraine invasion response, then restoring the John Kerry Iran deal while we are distracted. Reuters reports, “Talks on reviving the 2015 Iran nuclear deal appeared to near a climax with talk of an imminent ministerial meeting as a U.N. report on Thursday showed Iran is most of the way to amassing enough enriched uranium for one bomb if purified further.” A WSJ headline declares: “Iran, U.S. Close to Reviving Iranian Nuclear Deal”

As the number of American problems grows exponentially, virtually all caused, or greatly exacerbated by Biden, it’s impossible to see this tsunami of disasters as anything but planned. Consider the path leading to the Ukraine invasion, where Biden’s inexplicable decision to re-open Russia’s Nordstream2 gas pipeline his first day in office led inexorably to this disaster.

Then came the Afghanistan withdrawal, where unvetted Afghani civilians took the place of Americans on flights out as we abandoned almost $100 billion in arms to Muslim terrorists and our own citizens. Finally, Biden’s decision to close US pipelines and stop all oil leases on federal land, led to the US buying ½ million barrels daily of Russian oil while our fuel prices have tripled. Russia made $1 billion a day off America’s fuel purchases.

The fact that Iran has almost finished its nuclear weapon should give pause to the entire globe, while America helps birth not one, but two nuclear bomb menaces. First, as Biden refused to do anything about Russia massing troops on the Ukraine border, Putin was emboldened. Then, while these forces readied to cross, Biden strangely kept prophesying the invasion, instead of warning Russia of the costs.

Finally, when Putin did launch, Biden neither worked to deliver arms, or pass sanctions until many others had already done so. Now, Biden’s own party had to embarrassingly pass a bill to stop the US from using Russian petroleum. This was after Biden warned US elimination of Russian oil would spike world prices after Biden had caused the original fuel jump.

Now consider the following statement regarding the Mahdi, Islam’s messiah:

To whom did Ahmadinejad refer to when he told  the United Nations in September: “I emphatically declare that today’s world, more than ever before, longs for… the perfect righteous human being and real savior who has been promised to all peoples and who will establish justice, peace and brotherhood on the planet. Almighty God… make us among his followers and among those who strive for his return and his cause.”

Biden is an incurious man, and in his diminished state he makes no policy decisions. But the ebullient windbag really should have paid attention to Iran’s Shia theology to understand their Mahdi’s apocalyptic need for weapons of mass destruction,—More…described in a Trumpet essay:

“The belief of a returning Mahdi, or 12th imam, is a defining doctrine within the most populous group of Shiites (known as Ithna Ashari, or “Twelvers”), to which Ahmadinejad belongs. Iran’s president—who pines for the extermination of the Jewish state and is gunning for a nuclear arsenal—is a staunch adherent to the mahdaviat, which is “belief in and efforts to prepare for the Mahdi,” according to the Encyclopaedia of Islam.

Iran’s leader doesn’t just believe the Mahdi is about to return, he considers it his responsibility to cause the apocalyptic conditions he believes will surround his return!

The supreme goal and current policies of the Iranian government are designed to create Armageddon in preparation for the return of the 12th imam!

As Joel Rosenburg, former aide to Benjamin Netanyahu, put it recently, “In order to bring about this Islamic messiah, the Mahdi, the 12th imam, Islamic leaders need to hasten his coming by destroying little Satan, Israel, and the great Satan, the United States. … The leaders actually believe they need to create bloody carnage, the death of millions of people in order to create the conditions for the Mahdi to bring peace.”

Global carnage is the state-sponsored goal of the Iranian republic!

This aspiration permeates Iranian policy. “From redressing the gulf between rich and poor in Iran, to challenging the United States and Israel and enhancing Iran’s power with nuclear programs, every issue is designed to lay the foundation for the Mahdi’s return,” Scott Peterson wrote.”

So Joe Biden’s illiterate, immoral and incredibly leftist advisors, like John Kerry, have now guided the US towards not one, but two potential nuclear Armageddon scenarios, while publicly castrating America. It’s possible Putin does not use his nuclear arsenal to finish the job in Ukraine. Although he has just attacked Europe’s largest nuclear power plant. But it’s probably impossible for the Iranian leadership to avoid starting the third world war when they believe it will hasten the Muslim messiah and bring all of the earth under Allah’s explicit reign.  See, The Mahdi is the AntiChrist – Pastor John MacArthur. 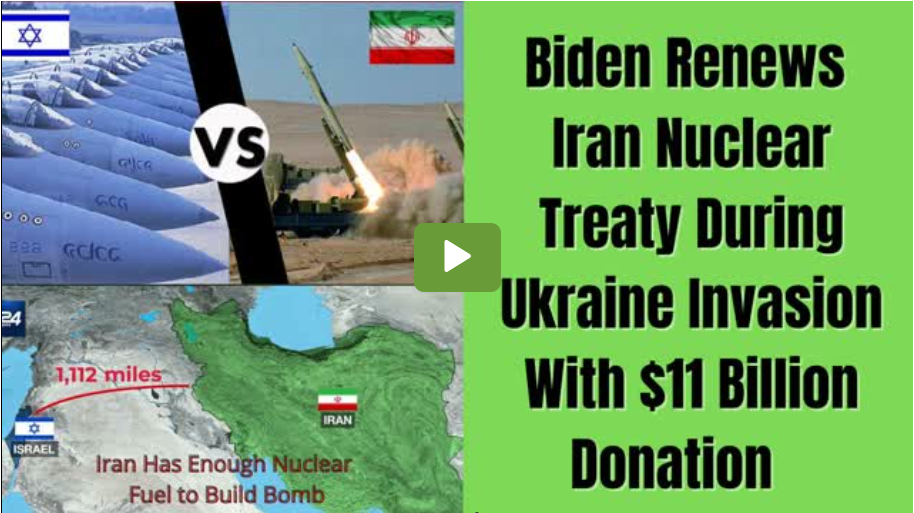