I got a chuckle out of KTVB’s attempt to discredit the Idaho Freedom Foundation with its four-part “investigative” series on us. I suppose they thought their coverage would be groundbreaking or at least debilitating. Not even close.

More Idahoans than ever are flocking to us because they want to be a part of a sensible organization that has a moral compass pointed right at conservatism. And who wouldn’t want to? We’re successful, and we’re fearless and unapologetic in our defense of freedom.

The most disappointing but unsurprising part of the series was so-called journalist Brian Holmes’ insistence that the IFF had created a “false narrative” regarding social justice indoctrination taking place in Idaho’s education system.

To say it politely, Holmes is full of crap.

We’ve sufficiently documented the indoctrination taking place. And Idaho parents have recounted, in horrifying detail, how their children have been told to question their gender, taught to hate America, and encouraged to become leftist activists.

By his own admission, Holmes has spent a lot of time on our website. He said he discovered more than 100 videos discussing social justice and critical race theory. Egad! Yet somehow, Holmes didn’t see any of the multiple reports produced by our Center for American Education that document the indoctrination.

He completely missed the reports we’ve written on the social justice programs at Boise State University and the University of Idaho. He missed our research on the numerous Idaho-offered college degrees, mostly brimming with social justice ideology, that don’t offer students a return on their investment.

Somehow he overlooked our newest report on critical social justice in Idaho’s K-12 education system, even though there’s a screenshot of the report in his coverage. If I didn’t know so much about journalism, I might conclude that Holmes is just a terrible reporter. But in reality, he’s an activist with an agenda unworthy of the title of journalist.

He’s part of the reason the IFF has a standing policy to never speak to the leftist media. At the start of the so-called “pandemic” in 2020, Holmes called me to chew me out for opposing the governor’s shutdown order. He was not calling because he wanted to understand our viewpoint for a story. He was calling to express his outrage that we’d have the temerity to question the governor’s authoritarianism.

Holmes and his colleagues in the Idaho media have an unshakeable belief in the goodness of government. Talking to the press only serves to validate their existence as objective providers of the news, which they are not.

It’s not surprising Holmes would overlook a report that exposes the ugly truth about what’s happening in our own state; the rest of the Idaho press have too. They’d rather mislead their viewers and readers than admit that we’ve got the evidence to back up what we have been saying. Theirs is the real false narrative threatening Idahoans. 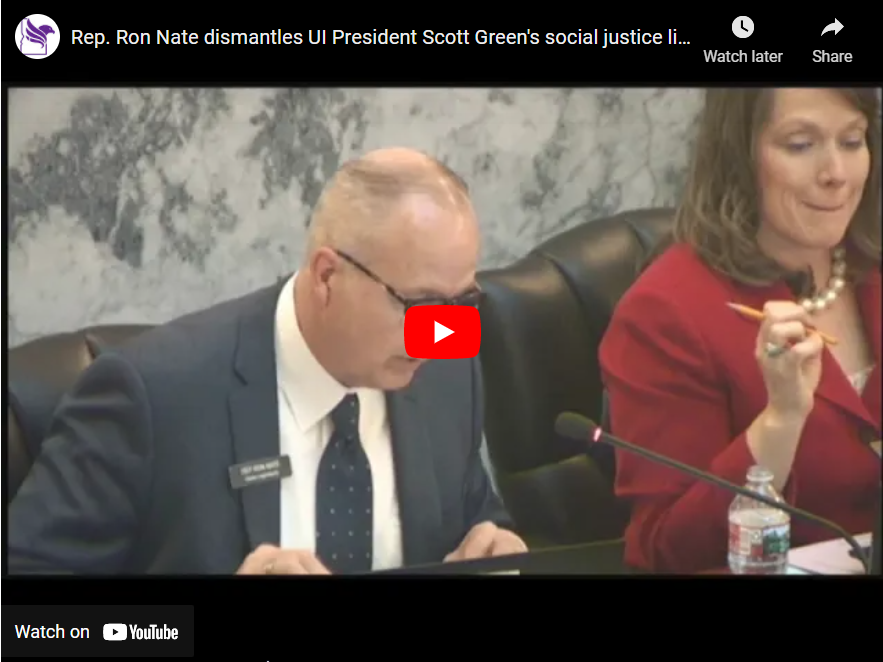