Using SWIFT for Economic Warfare Could Come at a Heavy Cost 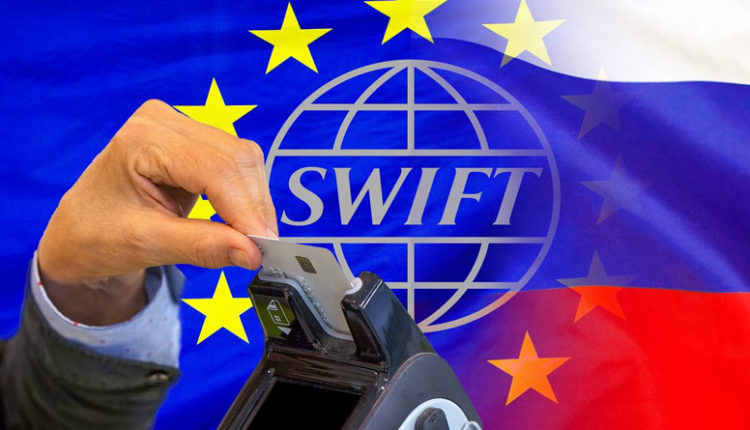 Using SWIFT for Economic Warfare Could Come at a Heavy Cost

The government of the United States has intervened militarily in other countries for decades, against the council of founders like George Washington who advised America should “observe good faith and justice towards all nations; cultivate peace and harmony with all.”

But the U.S. doesn’t only project power across the globe through its massive military. It also weaponizes the U.S. dollar, using its economic dominance and its privilege as the issuer of the reserve currency as a carrot-stick tool of foreign policy.

The U.S. government showers billions of dollars in foreign aid to “friends.” On the other hand, “enemies” can find themselves locked out of SWIFT, the global financial system that the U.S. effectively controls using the dollar.

SWIFT  stands for the Society for Worldwide Interbank Financial Telecommunication. The system enables financial institutions to send and receive information about financial transactions in a secure, standardized environment. Since the dollar serves as the world reserve currency, SWIFT facilitates the international dollar system.

SWIFT and dollar dominance give the U.S. a great deal of leverage over other countries.

The U.S. has used the system as a stick before. In 2014 and 2015, the Obama administration blocked several Russian banks from SWIFT as relations between the two countries deteriorated. Under Trump, the U.S. threatened to lock China out of the dollar system if it failed to follow U.N. sanctions on North Korea. Treasury Secretary Steven Mnuchin threatened this economic nuclear option during a conference broadcast on CNBC.

“If China doesn’t follow these sanctions, we will put additional sanctions on them and prevent them from accessing the U.S. and international dollar system, and that’s quite meaningful.”

If Russia is disconnected from SWIFT, then we will not receive [foreign] currency, but buyers, European countries in the first place, will not receive our goods — oil, gas, metals and other important components.”

Given America’s history of using sanctions as a foreign policy tool, Russia wasn’t unprepared for the move. In fact, A number of countries that know they could easily find themselves in the crosshairs have taken steps to limit their dependence on the dollar and have even been working to establish alternative payment systems. This includes Russia, China and Iran.

Russia developed its own payment system for internal use several years ago. According to the Central Bank of Russia, 416 Russian companies and government organizations had joined the System for Transfer of Financial Messages (SPFS) as of September 2018.

A growing number of central banks have also been buying gold as a way to diversify their holdings away from the greenback.

Before ending its purchase program at the onset of the COVID pandemic, Russia was the biggest central bank buyer of gold. The Central Bank of Russia bought $4.3 billion worth of the yellow metal between June 2019 and June 2020. And the Russians were buying gold long before that. The Central Bank of Russia bought gold every month from March 2015. According to Bloomberg, “Russia spent more than $40 billion building a war chest of gold over the past five years, making it the world’s biggest buyer.”

Meanwhile, the Russian central bank was aggressively divesting itself of US Treasuries. Russia sold off nearly half of its US debt in April 2018 alone, dumping $47.4 billion of its $96.1 billion in US Treasuries.

It’s not just America’s “enemies” who are worried about the U.S. abusing its economic power. Her friends are also wary, as they should be.

After Donald Trump pulled the U.S. out of the Iran nuclear deal, the EU announced the creation of a special payment channel to circumvent U.S. economic sanctions and facilitate trade with Iran. EU foreign policy chief Federica Mogherini made the announcement after a meeting with foreign ministers from Britain, France, Germany, Russia, China and Iran. She said the new payment channel would allow companies to preserve oil and other business deals with Iran.

This underscores a risk to the U.S. sanction policies could also have long-run consequences, eventually undermining the dollar as the world reserve currency.

Economic analyst Peter Schiff warned that other countries are watching how the U.S handles its power as the issuer of the global reserve currency during the Russian-Ukraine war.

If enough countries abandon the dollar, the value of the U.S. currency would collapse and create economic chaos here at home. The de-dollarization of the world economy would likely perpetuate a currency crisis in the United States.  Practically speaking, it would likely lead to hyperinflation.

Meanwhile, the U.S. government should be wary of throwing its economic weight around too glibly. It isn’t the only country with an economic nuclear option. China ranks as the largest foreign holder of U.S. debt. If the Chinese were to dump a significant amount of U.S. Treasuries, it would collapse the bond market and make it impossible for the U.S. to finance its massive debt.

America’s undeclared wars have cost trillions of dollars. And economic sanctions are an act of war.

Most people view economic sanctions as an acceptable alternative to military force. But economic warfare also comes at a cost. It’s typically not the sanctioned government that suffers. It’s the innocent people living in that country that must cope with shortages and increasing prices.

As James Madison said, “Of all the enemies to public liberty war is, perhaps, the most to be dreaded, because it comprises and develops the germ of every other.”

War always comes at a steep cost – whether military or economic.