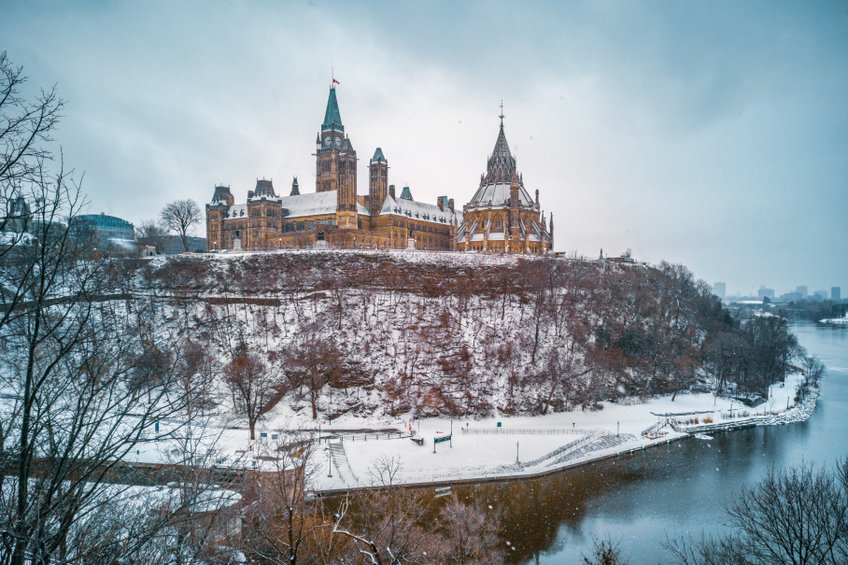 Everyone should be interested today in what goes on in Ottawa, now one of he world’s most famous cities. This is a result of the trucker caravan, the turning of the Canadian Mounted Police into local radical enforcers and Prime Minister Trudeau’s desire to take his place among the pantheon of today’s tyrants in Russia, China, Cuba, North Korea, and Venezuela. In a matter of days he has achieved his goal.

Trudeau brutally cracked down on peaceful Freedom Convoy 2022 protestors in Canada’s capital who objected to his irrational COVID injection mandates. To make matters even worse, the names, locations, e-mail addresses, amounts donated and associated comments of all of the donors to the movement have been made available to “media and researchers” after the crowdfunding site https://www.givesendgo.com/FreedomConvoy2022 was hacked by malicious actors. Not surprisingly, someone in that group of “trusted” elite leaked it all to the public as can be seen here: https://www.hiveme.me/@marshmellowman/canadians-donations-to-freedom-convoy.

Yet, rather than focusing on the highly illegal hacking and subsequent unethical publicizing of the entirely legal donations to the convoy, Trudeau and his henchmen have been going after donors, freezing bank accounts and making life miserable for those who dare support the truckers. Of course, he took no such actions at the Black Lives Matter protests which he attended, meekly kneeling in acquiescence to their demands. Ottawa’s Mayor Jim Watson is not far behind, asserting that the Emergencies Act, which Trudeau enabled and the House of Commons upheld, gave his government the authority to permanently confiscate and sell all the trucks towed from the convoy to pay for increased police protection.

With the feds cheering them on, Ottawa has also now become home to arguably the most damaging climate change plan anywhere. In contrast to the City’s overarching vision to transition Ottawa to a clean, renewable and resilient city by 2050, its current plans would transform Ottawa into a polluted, fragile and bankrupt city suffering from regular dangerous blackouts and business failures. As a cautionary tale to governments across the world, let’s take another look at the City’s insane plans.

Powering Ottawa with wind and solar power will ruin the city

If Ottawa Hydro were to go all-renewables with a focus on wind and solar power, as the current City government wants, it would sharply increase electricity costs, perhaps doubling them every decade, forcing many businesses and citizens to leave. In addition, it would significantly reduce the security and reliability of electricity supply to consumers, increasing the probability, severity and duration of brownouts and blackouts.

The major problem is the intermittency of these energy sources. In order to assure uninterrupted supplies, utilities must either have backup generation that is “dispatchable,” such as natural gas-fired plants, or electricity storage, ready to go on line the instant the wind slows or the Sun goes behind a cloud (or at night). Consumers end up paying twice and the emissions produced by the inefficient operation of backup power plants that must regularly ramp up and down to compensate for variable wind and solar power largely negates any emissions benefit the renewable sources supposedly provide.

Bad as that is, the most dangerous impact of the City’s climate plans, if they ever came even close to being possible, is widespread blackouts and complete failure of our electricity supply. We had a relatively mild preview of what is in store for Ottawa in February 2021 when severe cold hit Texas, the state with the most wind power in America. Here is what happened.

Four days before the Texas snowstorm started, wind and solar were providing 58% of the state’s electricity. As the weather conditions changed, 13,000 megawatts of wind and solar power went offline within a matter of hours. 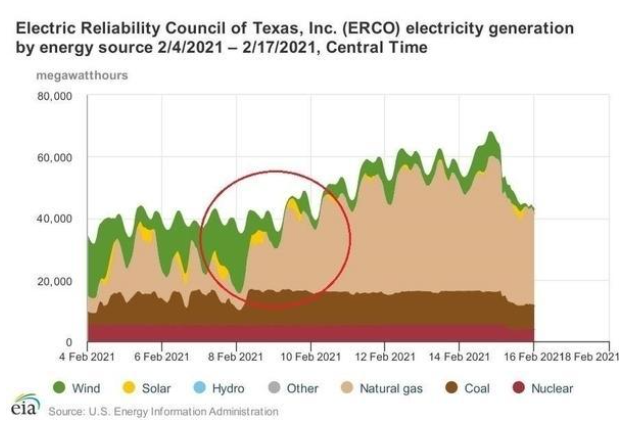 Natural gas, coal and nuclear facilities ramped up to compensate for the drop in wind and solar. Then the storm hit and demand soared. Even as the wind picked up, ice had formed on the turbines, keeping them offline, and snow and ice coated solar panels, preventing them from generating power. Conventional power plants could not keep up and more than eight million Texans, in more than four million homes, lost lights, power and heat. Thousands of people lost access to clean water as water-treatment plants lost power and widespread ‘boil water’ orders were issued, although no one with an electric stove could comply, of course.

The final tally, The Wall Street Journal reported, was approximately $200 billion in damage and about 700 people dead from hypothermia, carbon monoxide poisoning and other causes. And, it could have been much worse—the state came within a few minutes of a total grid failure that could have lasted weeks and killed thousands of people.

If a prolonged power failure like that which occurred in Texas happened in Ottawa in the depths of a -30o C cold spell, it would make Texas’ experience seem mild by comparison. We would likely see huge numbers of casualties and bankrupt businesses while local air pollution would soar as citizens increasingly resorted to fossil fuel-powered home generators. Trying to electrify everything, and making wind and solar power our main power source, would be especially hard on low-income Ottawans who are more likely to suffer and die during winter blackouts, as they cannot afford expensive generators or backup battery systems. And, of course, without electricity to charge their electric cars, few people could evacuate the City no matter how bad things became.

This scenario, more than any other, should frighten politicians’ intent on following Texas’ lead into a green energy nightmare. A secure and prosperous city is impossible with a weak electrical grid, and our grid would be the weakest imaginable if the City of Ottawa’s Climate Change Master Plan is ever fully implemented.

Just the tip of the iceberg

Serious though these issues are, they are just the beginning of the problems that would engulf Ottawans due to our plans to combat climate change. Detailed in the 83 page ICSC-Canada report at www.ICSC-Climate.com are many other complications our politicians seem unaware of:

Ottawa’s sacrifice would be for nothing

This is a long way from the “net-zero emissions” targets that environmental groups promote and the City of Ottawa is imposing on their citizens. And what would the sacrifice of Ottawans accomplish? We show in our report that immediately bringing Ottawa’s CO2 emissions to net-zero and extending it over the rest of the century would reduce the global concentration of CO2 by about 0.026 ppm, an amount too small to even measure. And the temperature consequences of the City’s plans would be even less—reducing emissions to net-zero by 2050 and keeping it there all the way to 2100 would result in about one-ten-thousandths of a degree global temperature change.

What this means, of course, is that the City of Ottawa, like any city in the developed world which was foolish enough to actually attempt to achieve net-zero greenhouse gas emissions any time in the near future, will find their sacrifices will be for absolutely nothing.

Whether justified or not, politicians in the City of Ottawa and other municipalities across the western world, along with the media and a substantial share of the public, support a large climate policy response. In these circumstances, the only sensible approach is

Concerning the City of Ottawa’s declaration of climate emergency, Councillor Jenna Sudds said, “It’s the young people who are inheriting the problems that we’re all responsible for creating.” Ms. Sudds is correct, but not for the reasons she assumes. The problems are being created by the City’s council itself for promoting dangerously foolish and futile environmentalist symbolism over the real-world needs of its citizens. Let’s hope no other governments follow in our footsteps, and actually that this path to insolvency is blocked before we get too far along.