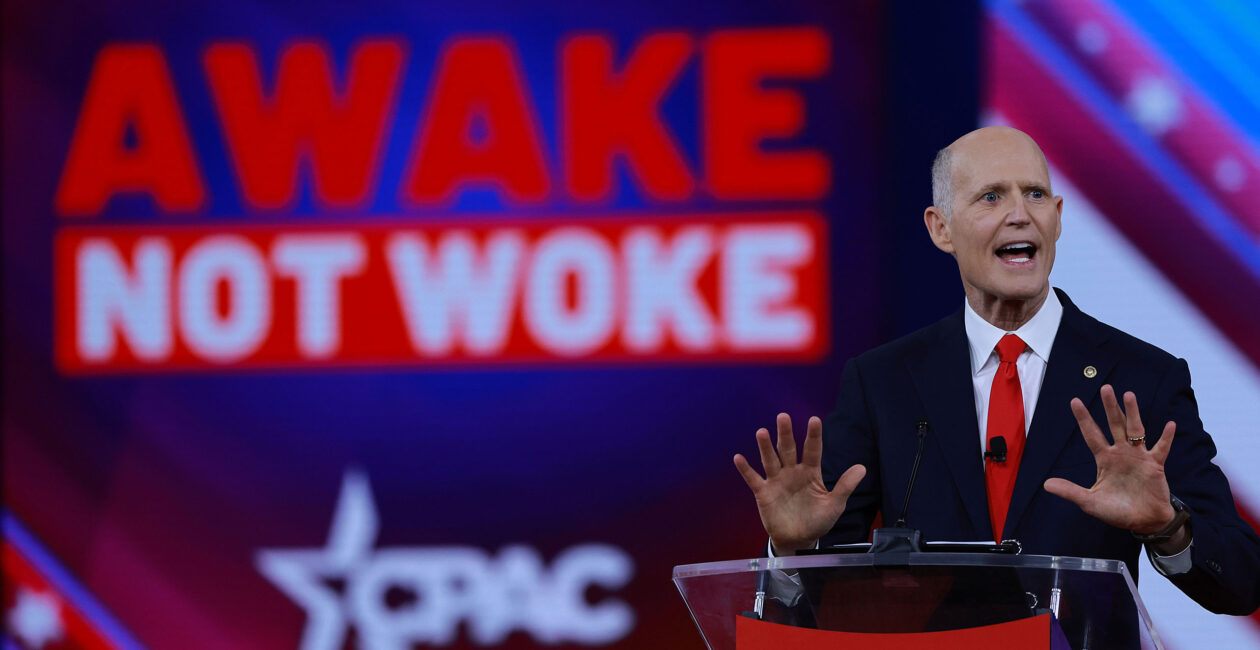 “I believe the hour’s late in this country and we simply have to have a plan. We can’t just do our best and hope for the best,” says Sen. Rick Scott, speaking at the Conservative Political Action Conference in Orlando, Florida. (Photo: Joe Raedle/Getty Images)

Sen. Rick Scott, R-Fla., called for a plan of action to fight China, critical race theory, and abortion in remarks Saturday at the Conservative Political Action Conference in Orlando, Florida.

The former governor of Florida warned conservatives against being merely “a speed bump on the road to America’s collapse,” and argued for his “Rescue America” plan.

“This week I released an 11-point plan to rescue America. It’s got 128 specific policy ideas,” Scott said. “I’m a business guy. I believe the hour’s late in this country and we simply have to have a plan. We can’t just do our best and hope for the best.”

“To actually turn something around, you make a plan, you make big changes and you do it today,” he added.

The plan would treat socialism as a “foreign adversary” and would begin with educational changes, including reciting the Pledge of Allegiance in the classroom and standing for the national anthem. Scott also called for term limits, the right to life, and election integrity.

Scott said the plan aims to end racial politics and the government’s attempts to categorize citizens based on race.

“We’re going to stop the government from asking anyone what their race or skin color is on any government form,” he said. “Each of us is made in the image of God. To judge a person on the color of their skin is absolutely immoral.”

The plan also calls on the U.S. to end any commercial relationships with China, according to Scott.

“We must extract ourselves from dependence on Communist China and stop buying anything from Communist China,” Scott said. “They want to destroy us, and we cannot rely on them for anything, not pharmaceuticals, computer chips, TVs, clothing, cheap toys, any of their crap.”

Although he expects to face criticism for the plan, even from some Republicans, Scott said he wants to “eliminate the permanent ruling class in Washington that thinks our government belongs to them.”

In Scott’s view, if his plan doesn’t scare people in Washington, he isn’t fighting hard enough.

“Based on the way Democrats are attacking me this week, I’d say we hit the bull’s-eye,” he said. “The fight to rescue America against socialism is our fight. The fight for freedom is a fight of our lifetime. We will not be controlled by the Democrats, by the government, by the elites, or by anybody. We must and we will prevail.”