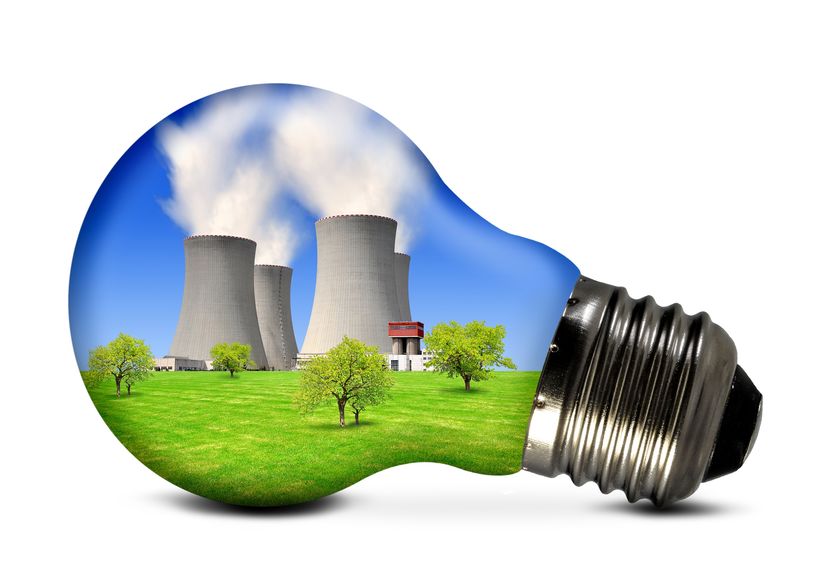 Tensions between Russia and Ukraine have created unease in global energy markets. Oil prices have been unstable, U.S. natural gas producers are watching closely, and growing electricity demand is outpacing renewable generation. In the midst of these dynamics, nuclear energy looks really appealing.

Nuclear energy is an integral part of U.S. emissions reduction efforts. More than 70 electric utilities, serving roughly 81 percent of American customers, have significant carbon emissions goals. Concurrently, many of them have made clear that they need firm, flexible clean energy like nuclear to achieve those goals. Even the U.S. Department of Defense, which recently committed to 100 percent clean power by 2030, has been investing in microreactor technologies to meet its clean energy needs.

The problem is 52 nuclear reactors are under construction across the globe, but only two of those are in the United States. Russia accounts for about two-thirds of reactor sales worldwide. China has 14 currently under construction and has announced plans to build 150 new reactors over the next 15 years. Even some traditional allies that once pledged to phase out nuclear power, like the French and the South Koreans, are reversing course.

It is not just a climate imperative, it is an economic opportunity. The International Energy Agency projects global nuclear generation needs to double by 2050 to meet net-zero emissions goals. Think tanks ThirdWay and Energy for Growth Hub estimate nearly 50 countries to have markets for advanced nuclear power, a potential ~$360 billion per year market opportunity. The U.S. is on the cusp of capitalizing on this opportunity but a few big things need to change immediately to fully compete in the innovation race.

A flurry of new American nuclear energy technologies that are smaller, pair flexibly with renewable energy, and are walk-away safe are near commercialization. Nearly 10 new advanced reactor licenses could come before the Nuclear Regulatory Commission (NRC) by 2025, many of which plan to build reactors over the next decade. But it is increasingly clear today’s NRC is not equipped to review them.

For example, Oklo, the first non-light water reactor company to submit a license application to the NRC, recently had its application rejected. NuScale, the first small modular reactor to get a design certification, took 5 years and half a billion dollars to navigate the process. There are always hiccups for first movers, but that cannot become the norm for the review of new technologies. The federal government must partner with, not stand in the way of, cutting-edge entrepreneurs like Oklo, X-energy, TerraPower, Holtec, General Electric, Kairos, and NuScale.

Congress has recognized this opportunity and has created a path to further U.S. leadership. The Nuclear Energy Innovation and Capabilities Act (NEICA) strengthened the Department of Energy’s (DOE’s) and NRC’s ability to support advanced reactor development in 2018.  The Nuclear Energy Innovation and Modernization Act (NEIMA), enacted in 2019, provided  direction and financial resources to modernize nuclear safety licensing.  The Energy Act of 2020 authorized the Advanced Reactor Demonstration Program (ARDP) and a program to kickstart the domestic development of High-Assay Low-Enriched Uranium (HALEU) fuel, which the majority of advanced reactor companies require, but today can only be purchased from Russia. And the 2021 bipartisan infrastructure bill invested in both the existing fleet and advanced nuclear RD&D so American nuclear power can grow.

Private sector innovation is still outpacing the government and Congress should pass legislation that allows these innovators to actually continue on the path for new nuclear to be licensed, sited, permitted, and exported.

A new generation of American advanced reactors will make immense contributions to global security, U.S. economic growth, and climate action if we let them. If not, the U.S. could fail to meet its own clean energy pledges while also losing ground to China and Russia on technological innovation.