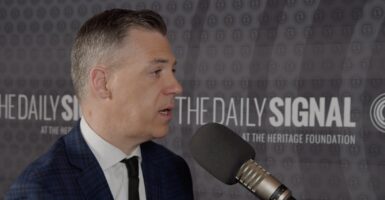 The Indiana congressman weighed in on Russia’s invasion of Ukraine during a Friday interview with The Daily Signal, critiquing Biden’s “weak” sanctions of Russia thus far.

“If America is truly serious about backing off Russia from invading Ukraine and causing this conflict to go any further or removing them from Ukraine, to begin with, then why not hit Russia where it counts?” asked Banks, proposing four solutions to “very quickly and easily cripple Russia’s economy.”

Banks’ fourth suggestion is to name Russia as a state sponsor of terrorism for “helping Hezbollah and a lot of our other enemies.”

“This president, who is so weak in this moment, has refused to do all of those things, and that’s why we have this conflict continuing to get worse,” he said.

The Indiana congressman said that he believes the Biden administration’s withdrawal of U.S. troops from Afghanistan contributed to the present crisis, telling The Daily Signal, “I served in Afghanistan. It still makes me sick to my stomach what happened last summer.”

“Truly, a debacle that caused so much embarrassment for America on the world stage,” he added, “and make no mistake about it, Putin was waiting for a moment like this. He was waiting for a weak American president.”

“It’s that American weakness expressed by Joe Biden that has invited Putin to invade Ukraine, but that’s not the worst of it,” he added. “The worst of it is that Chairman Xi [Jinping] and China are watching every move and Russia is doing everything that they’re doing in coordination with China.”

“China is watching every single weak move by America and they know that they can get away with their ultimate goal of taking Taiwan away, and that’s disastrous for Western values, for freedom, for democracy around the world, that they accomplish that,” he said.

The Indiana Republican compared Russia to “a gas station with an army,” noting that Russia depends entirely on oil and gas sectors to prop up its economy.

“Joe Biden has spent every day in the White House as commander in chief emasculating our military, while other militaries are getting stronger around the world,” Banks said. “It’s about misplaced priorities. It’s about building a military that can fight and win wars, not using the military as a social experiment on some of these radical left-wing issues, like critical race theory, and radical gender theories, and the other leftist ideologies that we’re pushing on the military. It’s sickening to me.”

“At a time when the world is on the brink of a major conflict, the world is not safe, it’s a dangerous place … we have a president who’s more focused on advancing critical race theory and some of these left-wing ideologies on our military, and our schools, and really stripping away who and what we are as Americans,” he added. 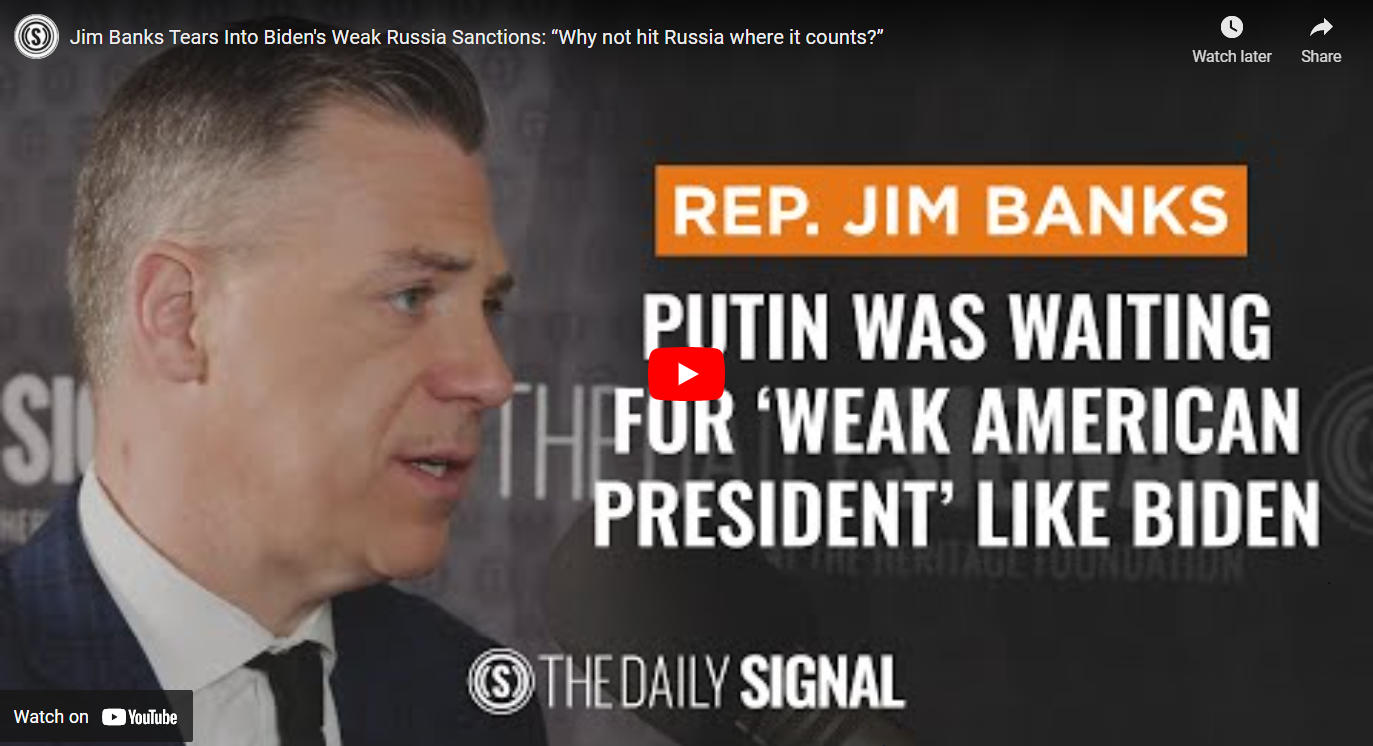