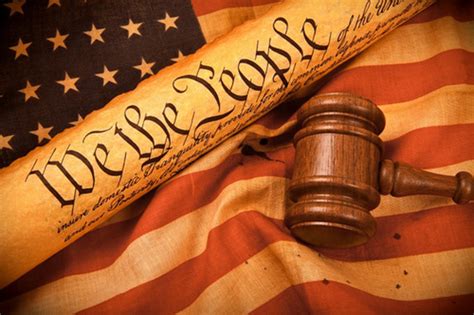 Why do you think there is such disagreement about what to our founders was the plain language of the U.S. Constitution?

It apparently was clear to the public in those states ratifying the plan after reading what was written at the time. A person desiring to read about it can study The Federalist Papers written to convince the people of New York the plan should be ratified. If some don’t understand it today, is it because we have been “dumbed down” by the unquestioning nature of our so-called “education” system?

For example, we often hear that we live in a democracy. If true, we need to change the pledge of allegiance. Remember the words: “… and to the republic for which it stands”? Why it is so worded? Because we have a republic – a form of government where the people govern themselves through their elected representatives.

For some reason, people think Supreme Court opinions, those issued by the third branch of the federal government are the supreme law of the land and should be the last word on constitutional issues presented to the Court. Is that true? Judge for yourselves. The pertinent language in the Constitution is found in Article VI which states, “This Constitution, and the Laws of the United States made in Pursuance thereof; and all Treaties made or which shall be made, under the Authority of the United States, shall be the supreme Law of  the Land;….” Do you see the decisions of the Supreme Court mentioned in that language? Of course not, because they are not the law of the land, merely opinions on constitutional issues presented that the citizens can accept or reject through their elected officials. As former Associate Justice Antonin Scalia said, “Words matter”. So, too, does the absence of words.

There are those who think the structure of the Constitution establishes a system of checks and balances between the three branches – the legislative (Congress), the executive (the President), and the judicial (the Supreme Court). Are they correct?

We have learned that the Congress can check and balance the power of the President by enacting legislation, and the President can veto the legislation (which Congress can override), but how can either of the branches check and balance the action of the Court? Because you know from your civics lessons that the Court has no enforcement ability as a check on the Court. Enforcement must come from the executive branch through the U.S. Marshall’s office or the. Can the president simply not pay attention to the Court? Yes, it happened twice under President Andrew Jackson when he said, “Justice Marshall has rendered his judgment, now let him enforce it.”

Are the examples cited above dis/ or mis/information or simply matters not raised when looking at that document called the Constitution and the thinking of the people at the time it was drafted and ratified? Either way it is an enigma as to why it is not an issue more strenuously discussed because if you don’t understand the document by which you are governed by the federal government you are probably going to be in a “whole lot of hurt.” It would appear that is the situation today.