How Government Is Adding to, Not Solving, Labor Shortages in Health Care and Elsewhere 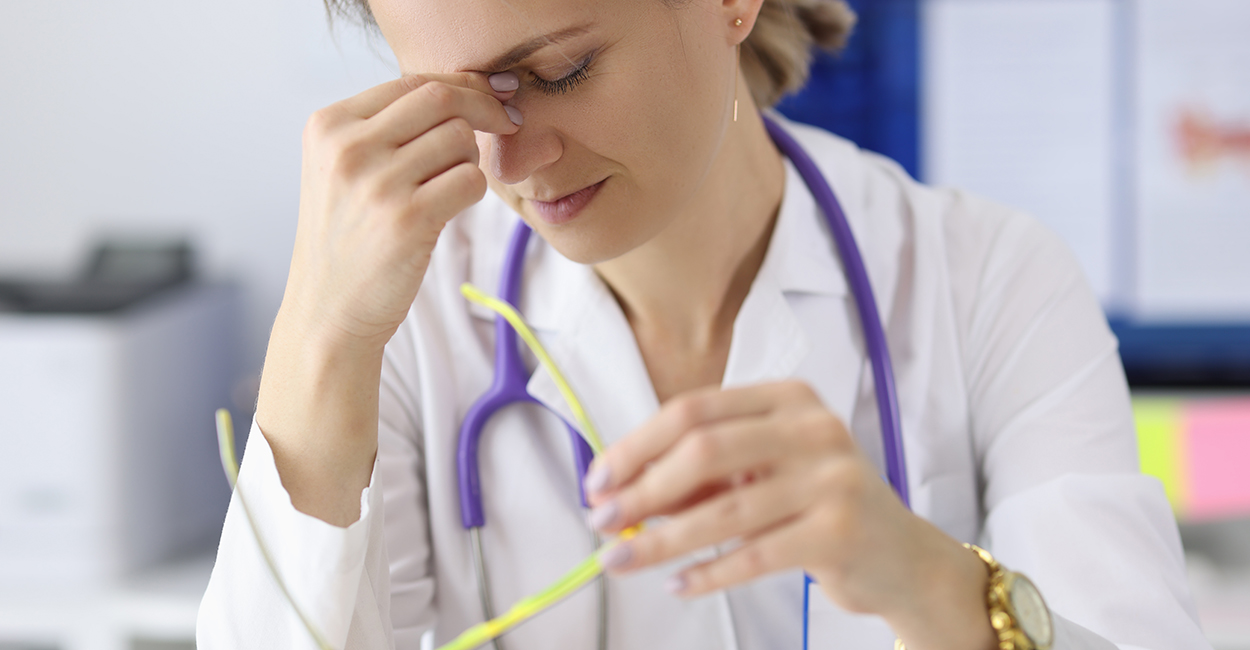 How Government Is Adding to, Not Solving, Labor Shortages in Health Care and Elsewhere

COVID-19 is not to blame for four-decade-high inflation and an unprecedented labor shortage. Rather, bad government policies, originally enacted as part of a stated attempt to keep people safe from COVID-19, are to blame.

Instead of keeping people safe, government policies are doing more harm than good to public health and well-being and restricting the labor supply and artificially increasing demand for goods and services.

The current labor shortage is unlike any before in U.S. history, and the opposite of what was expected at the start of the pandemic. But when policymakers establish programs that pay many people more money to be unemployed than to work and then keep those programs in place 18 months after the pandemic started—long after most workplaces reopened—it should not be surprising that fewer people will choose to work.

I estimate that employment today is between 4 million and 5 million workers below what it would have been absent the pandemic and absent policymakers’ pandemic responses.

The reduced supply of workers coupled with artificially increased demand for goods and services—due to $6.6 trillion in pandemic-related and deficit-financed federal spending—has made life difficult for employers and consumers alike.

Job openings—currently at 10.9 million—are 40% above the pre-pandemic record, and more than double the prior 10-year average. Consequently, employers are struggling, with 49% of businesses reporting job openings that they’re unable to fill.

That means businesses are having to raise wages to attract workers. Nearly half of all businesses increased compensation in December while 32% plan to increase compensation over the next three months.

Higher wages are a great thing when they’re caused by workers becoming more productive, but when employers have to pay people more to do the same thing, that just leads to higher prices.

And higher prices eat away at employees’ wage gains. Despite relatively high wage gains of 5.7% over the past year, employees’ real wages have declined by 1.7%, meaning their larger paychecks are buying them less than before.

Resignations are another factor contributing to employers’ struggles and rising costs. Nearly 1 in 3 workers—a total of 47 million people—quit their jobs in 2021. Replacing workers costs employers between six and nine months of those salaries, which gets passed on to customers through even higher prices.

That includes eliminating welfare-without-work policies that started paying people more in unemployment benefits than they could earn from working—and that still include massively expanded food stamp and Obamacare benefits. It also includes reducing or eliminating tax burdens, like double taxes on investments, that limit wage and productivity gains.

Policymakers should also let Americans pursue the work they want instead of trying to push everyone into big unionized workplaces with legislation like the PRO Act. And they should expand child care options by allowing parents to use Head Start funds at providers of their choice.

Prior to the pandemic, health care employment was growing faster than overall employment, but that’s since reversed, particularly with the implementation of COVID-19 vaccine mandates.

If health care employment had grown at the same rate as total employment over just the past three months (October through December 2021), there would be 73,000 more health care workers today.

It’s one thing to be frustrated by longer waits at restaurants because of worker shortages, and canceled flights and canceled school bus routes are major disruptions, but closed hospital units or delayed or restricted health care risks people’s health and lives.

Lives are literally at stake because of the health care workforce shortage, and many regulations besides the vaccine mandate are needlessly making this worse.

While states are the primary gatekeepers of the health care workforce, the federal government can remove unnecessary burdens and promote competition and flexibility to meet America’s health care needs.

Some specific actions include:

Easing the broader, nationwide labor shortage requires shifting people from government dependency to productivity and self-sufficiency. That requires policymakers ensure that work pays and that not working doesn’t. They can do that by limiting taxes, enabling larger natural wage increases, opening more doors to flexible income opportunities, and orienting America’s entitlement and welfare programs toward work.

Rachel Greszler is research fellow in economics, budget, and entitlements in the Grover M. Hermann Center for the Federal Budget, of the Institute for Economic Freedom, at The Heritage Foundation. Read her research.