“The death of democracy is not likely to be an assassination from ambush. It will be a slow extinction from apathy, indifference, and undernourishment.” – Robert Maynard Hutchins (1899–1977) an educational philosopher, he was dean of Yale Law School

How might apathy in America be ended? Simple… by losing America to a world government. Then the lack of interest, enthusiasm and concern will change to one of being ticked off full time about how our sorry government had been dissolving our freedoms and creating our demise as a sovereign nation while we were so inattentive. This apathy can be a general malaise, a bunker mentality, lost hope or fading hope.

“Today, America would be outraged if U.N. troops entered Los Angeles to restore order. Tomorrow they will be grateful! This is especially true if they were told that there was an outside threat from beyond, whether real or promulgated, that threatened our very existence. It is then that all peoples of the world will plead to deliver them from this evil. The one thing every man fears is the unknown. When presented with this scenario, individual rights will be willingly relinquished for the guarantee of their well-being granted to them by the World Government.” – Henry Kissinger, Bilderberger Conference in Evians, France, 1991

A WORLD OF LIES

We have a ‘do much that’s wrong or do nothing’ guy in the White House oval office (I refuse to call him president since anybody paying attention knows his election was stolen and upheld unconstitutionally by judges who know better) and we definitely have a ‘can’t do anything’ Congress. Americans are frustrated, victimized and mad about fundamental changes we’ve been undergoing. And it didn’t all start with Obama, he was just the great exacerbator. The socialist agenda has been fermenting in America through many innocent sounding programs going back to 1913, all slowly transitioning increased power and bureaucracy through many unconstitutional programs, new laws and endless regulations to the federal government. Many of which were sold relentlessly with great sounding names and presented from poker faced salesmen/politicians with high levels of aggrandized presentations born of naivety or deceit actually claiming they are for our good. 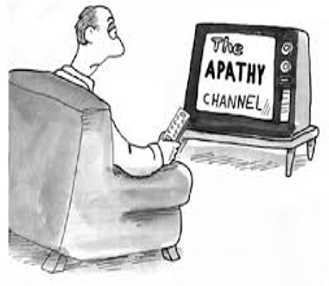 THE YEAR THE NEWS MEDIA DIED

This is how seriously inept the elite’s media lackeys have become: In Brent Bozell’s book ‘Weapons of Mass Distortion,’ he has a chapter named ‘The Year the News Media Died’ in which he points out that the media’s focus on how Bill Clinton’s Lewinsky scandal actually helped divert attention from even bigger scandals. The ‘Chinagate’ story involved huge sums of money being funneled to the Democratic National Committee. This was in exchange for U.S. missile technology and other top secret information often gotten via Chinese nationals who were given top secret security clearances and high positions in some of our most sensitive areas of government including military facilities.

I will be glad to email an exhaustive (condensed) 36 page report titled ‘Chinagate’ that was researched by The New American magazine from over 4000 pages of documentation to anyone requesting it. E-mail me at  rich@inlandnwreport.com and ask for ‘Chinagate’. If you read it you will believe like me that Bill Clinton should be convicted of high treason. Reading this story will definitely rock your boat!

THE TRANSFORMATIVE POWER OF TELEVISION

Ben Shapiro in his book ‘Primetime Propaganda,’ “Television affects Americans whether we like it or not. And here’s the bottom line: Television reflects those who create it and transforms everybody else. If the creators are liberal – and they are – that liberalism will have an effect on Americans. Television acts as a magnifier for television creators’ liberal life experiences – those experiences now become our reality. The transformative power and influence of television can be wielded for political causes, ideological causes, and moral causes well outside the bounds of mainstream America.”

Without question the greatest influencer of the public’s mindset is our sorry social media, big media and even smaller newspapers & other local media affiliated with them, many of whom depend on the big media’s resources for their coverage. In Bernard Goldberg’s book ‘Arrogance,’ he quoted from a New York Times book review: “The notion that a vast left-wing conspiracy controls America’s airwaves and newsprint [is]…routinely promoted as gospel on the right.”

“Wrong again!” says Goldberg. “But they are right about one thing: There is plenty of paranoid talk about a ‘vast left-wing conspiracy’ in the newsroom. The problem is, the paranoids dreaming it up aren’t conservatives – they’re liberals!

“And the uncomfortable truth – uncomfortable for ideologues on the Left anyway – is that there now exists ‘a huge body of literature – including at least 100 books and research monographs – documenting a widespread left-wing bias in the news,’ according to Ted Smith III of Virginia Commonwealth University, who has done extensive research into the subject. And much of the evidence comes not from conservatives with axes to grind but straight from the journalist themselves, who in survey after survey have identified themselves as liberal on all the big, important social issues of our time.

“Despite the overwhelming evidence, despite all the examples of bias that were documented in my book and others, despite the surveys that show large numbers of Americans consider the elite media too liberal, despite all of that, the elites remain in denial.”

Blatant lies, in-correct proclamations, half-truths, spin and innuendo must be challenged with truth emphatically stated as promptly as possible in as high a profile as possible to smack down audacious wrongs that are influencing and damaging our government and its citizens. We must begin as a people to question all with verification and trust no one. Especially, well-spoken elected officials, bureaucrats and the press! Trust no one! Verify! And for sure, check voting records in the Freedom Indexes at idahofreedom.org and thenewamerian.com! I’m reminded here that former U.S. Congresswoman Michelle Bachman from Iowa (R) once said: “Nothing frightens a congressman like the whites of his constituents’ eyes.”

The media has not been the sole cause of all the apathy. It has largely contributed, but comments like ‘it’s overwhelming,’ ‘we can’t turn it around,’ ‘it’s over,’ and the such, also come from the effects of attacks on our Constitution, morals, and American traditions. The actual causation of all the hurting from closing pipelines, COVID controls, the travesty of illegal immigration, Obamacare, overwhelming regulations, job losses, increased taxes, government corruption and on and on and on have been as the result of our elected representatives not doing right by us. And it’s not a party thing. It’s a Constitution thing that requires adherence to it and all other constitutional laws. Once again, it matters not a whit what any legislators, governors, or any other elected official, or especially our sorry corrupt guy in the White House says. It only matters what they do.

AWAKENING TO AUTHENTIC HISTORY AND TRADITIONAL EDUCATION IS VITAL!

As Hillsdale College so aptly stated one of their solicitations for funding in 2016, “You know we have reached a critical moment in our nation’s history when our Constitution is under assault and customarily violated by our own federal government. – Larry P. Arnn, President, Hillsdale College

Mr. Arnn continued, “Like you, I’m worried that the principles that guided our Founding Fathers and made America the world’s moral, economic, and military leader are forgotten in the halls of government and in our schools and colleges. We must act now to reverse this trend. Make no mistake . . . our Constitution is under attack from a federal government that bears little resemblance to the government our Founding Fathers intended.

“That’s why Hillsdale’s educational work is so vital – no other institution in America is doing more to educate millions on the principles of liberty – and the need to defend them – than Hillsdale College. And since the College refuses all government funding – even indirectly in the form of student grants and loans – your support has been critical to the College’s work.”

Go to HILLSDALE.EDU and donate to this most worthy institution that works very hard at educating Americans about our Constitution.

OFF THE COUCH AND WANT TO MAKE A DIFFERENCE?

The finest organization devoted full time to educating and supporting constitutionally minded Americans as well as informing beleaguered and low information citizens, is the John Birch Society (JBS), with a national network of support staff in the field, working steadfastly to get us back to what brought us, adherence to our Constitution. JBS has stood out for 63 years with unmatched resources of in-depth information like vetted, original source news from ‘The New American’ magazine and its on line version thenewamerican.com , focusing on priorities in a monthly bulletin for members and actionable alerts for eager awakening citizens hungry to get involved. Check out their website at jbs.org and be sure to watch the video ‘Overview of America’ on this inlandnwreport’s website. ‘Overview of America’s’ strong shot of reality might really jerk your chain. After seeing ‘Overview’ 12 years ago on a business trip in Wyoming, I had to join, and have never been so gratified with the ability to access more truth and effective organizational efforts than I had ever been exposed to. I believe everyone should belong to this truly patriotic organization and none other offers the depth of resources like JBS.  Education is their total strategy and truth is their only weapon.

Monica Crowley on Fox Business News’ Varney and Co. stated as a result of a WSJ/NBC poll on pessimism and cynicism: “A lot of Americans don’t think their vote counts that much because they think that the two parties are so similar. They see the Democrats and Republicans as too much alike to have any real effect on making change. They see a lot of politicians who refuse to lead, that are too cowardly, afraid of their own shadows to really defend the Constitutional Republic in which we live. And that depresses a lot of Americans.”

“Everybody in America is soft, and hates conflict. The cure for this, both in politics and social life, is the same — hardihood. Give them raw truth.” – John Jay Chapman (1862–1933) called The Anti-Alinsky – author of ‘Practical Agitation’ teaching conservatives the spirit of practical agitation.

“I have a very strong feeling that the opposite of love is not hate — it’s apathy. It’s not giving a damn.” – Leo Buscaglia (1924 -1998) – American author and motivational speaker, and former professor in the Department of Special Education at the University of Southern California