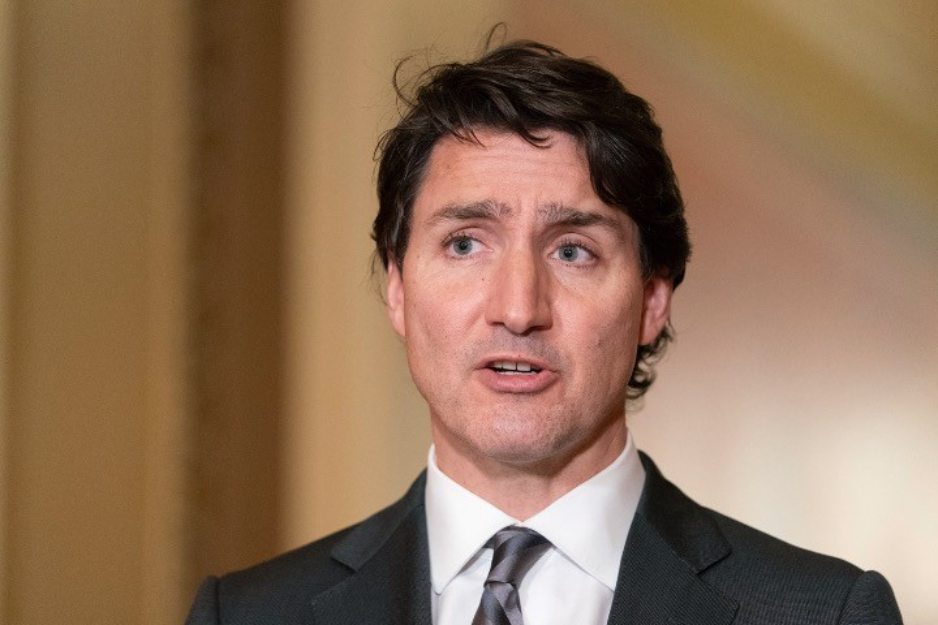 Violent, weapon-wielding, left-wing terrorists last week attacked an energy company in Western Canada, imperiling employees’ lives, causing millions in damages, and setting equipment alight. Yet Prime Minister Justin Trudeau doesn’t appear poised to use his Emergencies Act powers — declared earlier this week and approximating martial law — against them. Those he’s reserving for the peaceful truckers protesting his draconian COVID restrictions, who now must endure violence against them perpetrated by authorities.

The Gateway Pundit reported on the non-government terrorism, writing that “Canadian company Coastal Gaslink is building a 670 kilometres (416 miles) pipeline project across British Columbia to safely deliver natural gas across the Canadian province…. The project will help heat Canadian homes in the long dark winters. But pro-China leftists hate the idea and want the pipeline shut down” — by any means necessary.

This brings us to what some presumed Trudeau voters did just days ago. As the Vancouver Sun reported Thursday:

Violence has erupted at a Coastal GasLink pipeline work site in Northern B.C., leaving workers shaken and millions of dollars in damage.

RCMP Chief Supt. Warren Brown, commander for the north district, called the attack a “calculated and organized violent attack that left its victims shaken and a multi-million dollar path of destruction.”

Coastal GasLink said in a statement the attackers surrounded some of its workers in a “highly planned” and “unprovoked” assault near the Morice River drill pad site off the forest service road.

“In one of the most concerning acts, an attempt was made to set a vehicle on fire while workers were inside,” said the company in a statement. “The attackers also wielded axes, swinging them at vehicles and through a truck’s window. Flare guns were also fired at workers.”

A video about the attack follows (hat tip: The Gateway Pundit). 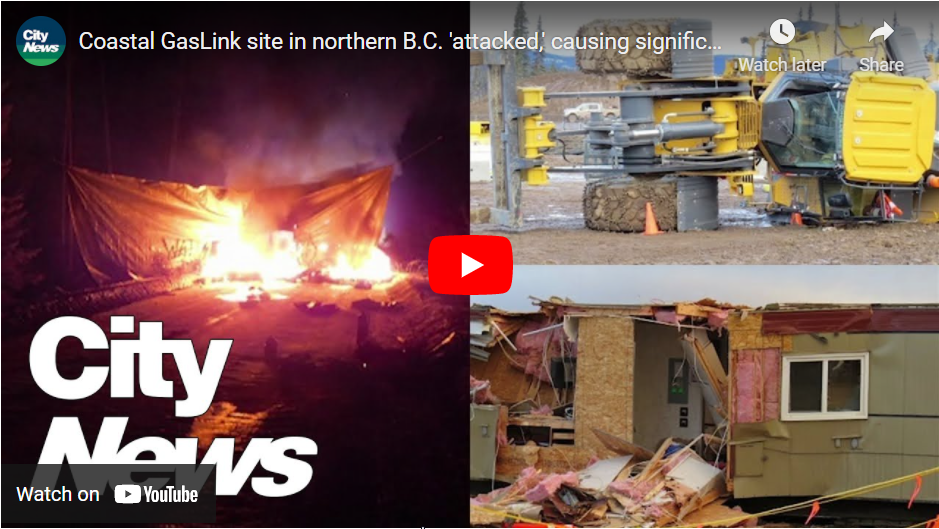 Of course, this will never get the media attention the perhaps one person (who might have been an agent provocateur) waving a Confederate flag at a truckers’ protest got, and Trudeau will never demonize the leftists as “racist” and “misogynist” as he did — without any evidence — the truckers.

Ironic here is that the man legally considered Trudeau’s father, Pierre Trudeau, named his son “Justin” because it derives from a Latin term meaning “just” or “fair.” Yet the prime minister’s recent behavior is just another example of how, as in the U.S., a two-tiered (in)justice prevails in Canada.

When more than 50 houses of worship, mainly churches, were burned by leftists in Canada last year based on what I termed a “blood-libel myth,” Trudeau took more than a week to respond. And then what he said was that, while the arson wasn’t productive, the “anger” people feel toward the church and federal government is “real and it is fully understandable….”

But Trudeau was reasonable compared to some of his ideological soul mates. For example, the head of the British Columbia Civil Liberties Association, Harsha Walia, responded to the arson with, “Burn it all down.” Nesta Matthews, a talk-show host in St. John, New Brunswick, agitated likewise, tweeting, “Burn the churches down…. Dismantle it completely.”

So, is the Left’s standard: Prayer, no; convenient violence, yes? The reader can decide. But do note that during our coronavirus lockdowns, churches were shuttered while Black Lives Matter protesters were given free rein to cause trouble because, as New Jersey Governor Phil Murphy put it, he couldn’t “imagine” telling those people to stay home.

The trucker/ecoterrorist double standard is par for the leftist course. As I pointed out in 2020’s “Violence, Inc., A Leftist Enterprise,” virtually all today’s political violence originates with the Left. The year 2020’s more than 600 left-wing riots — which killed dozens and destroyed billions in property — are a prime example. What’s more, as in Canada, our leftist pseudo-elite encourage the violence. Just consider the Daily Mail’s 2020 report on how the Left responded to the GOP’s intention to fill late Justice Ruth Bader Ginsburg’s vacated Supreme Court seat:

Reza Aslan, a religious scholar and former CNN host, tweeted to his 293,000 followers: “If they even TRY to replace RBG we burn the entire f****** thing down.”

… Beau Willimon, a screenwriter who produced the U.S. version of House of Cards and the president of the Writers Guild of America, East, told his 164,000 followers: “We’re shutting this country down if Trump and McConnell try to ram through an appointment before the election.”

… Author Aaron Gouveia, whose latest book is about toxic masculinity, tweeted: “F*** no. Burn it all down.”

And a professor of political science repeated calls for arson attacks on Congress.

Emmett Macfarlane, who teaches at the University of Waterloo in Ontario, Canada, tweeted: “Burn Congress down before letting Trump try to appoint anyone to SCOTUS.”

A member of the Wisconsin Ethics Commission, responsible for administering state laws regarding campaign finance, ethics and lobbying, echoed the urging for violence.

When Ed Markey, senate candidate for Massachusetts, said that McConnell should not nominate a replacement in an election year, Scot Ross tweeted: “F****** A, Ed. If you can’t shut it down, burn it down.”

Meanwhile, you’re supposed to believe the Canadian truckers threaten civilization and that January 6 was the worst attack on our country since Pearl Harbor. It’s “reality” as brought to you by the people who teach that “silence is violence” but violence that silences is fine — as long as it’s silencing the right people.