THE PANDEMIC IS NOT A MATTER OF HEALTH 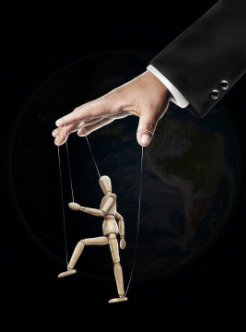 THE PANDEMIC IS NOT A MATTER OF HEALTH

Anyone who believes that government actions to control the current pandemic are a matter of concerns about health has not given the matter very careful consideration.  These actions have little to do with health, and a great deal to do with control.

Remember that we were told to lockdown for two weeks “to flatten the curve” so the hospitals would not be overwhelmed.  In fact the rush never came and many hospitals ended up sending staff home as not needed.

All non-essential businesses were closed.  (All businesses are essential to someone.)  Churches were closed. Schools were closed.  Workers were told to stay home in lockdown.  Face masks were required, then vaccinations.  All surfaces were washed down with disinfectant. Hand washing stations sprang up almost everywhere.  Face shields became common on many faces and plastic barriers at customer counters.

This pandemic just gave the collectivist government officials the excuse to control our lives.  They wanted to make sure we all knew they were in charge and that they would tell us how to live.

It did not seem to matter that the public narrative changed almost daily, we were all going to be better off is we would just do as told.

Our doctors continue to be controlled by Dr. Anthony Fauci and the CDC with few taking the time to do their own research; research that has demonstrated the futility of all these “health” measures.

Hospitals, which have been short of staff because of staff sicknesses, have started firing anyone who did not have the required vaccinations.  This is pure madness.  These people were considered heroes last year, but now are considered domestic terrorists.

Fear: Paint a picture of people dying and bodies lying in the streets, like what happened with the Black Plague, and people will do anything they are asked.  There is now so much fear that masked people are assaulting unmasked people simply because they are not wearing masks.

And, go into any shop and notice the number of staff and customers wearing masks.  Very few of the masks cover the nose.  Not only that but all masks leak air and all viruses are many times smaller than the mesh on the mask such that they offer no protection.  They are worn to meet company policies but most know that they do little good.  One little girl passed out on the playground because she was wearing a mask.  One little boy is locked in a room because he had no mask.

Fortunately there are a few freedom lovers in the world who consider freedom more important than all these “so-called health measures.”  Our own Lieutenant Governor, when acting as governor, tried to stop this nonsense and protect our freedoms, but when the Governor returned he simply reversed these very sane measures.

America has to wake up and realize that we are not slaves.  We are a free people with a great Constitution and an even greater history.  This nonsense has gone on too long and it is time for each of us to take a stand.

The truckers in Canada have taken a stand against a tyrannical government.  Other countries are beginning to relax mandates.  It is time for each of us to determine to do our part to stand for freedom.  We are a free country and not a country of slaves.  Do we want to end up like other socialist countries?  They take our freedoms one at a time and we do nothing.  This has to stop.