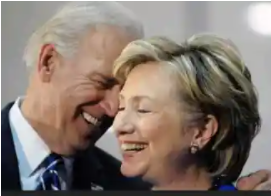 Joe Biden is threatening Russia with “severe” consequences if they invade Ukraine. Biden is very worried about Ukraine’s borders and sovereignty that are currently threatened by Russia’s massive buildup on their border. Meanwhile, he cares NOTHING about our sovereignty. Biden has been stirring the pot by announcing that NATO now has an open door policy and Ukraine can join. Ukraine is on the Russian border and the idea of NATO on their border makes them paranoid.

Many agree with Tulsi Gabbard that Biden could prevent war by guaranteeing Ukraine will not become a member of NATO. Why won’t he do that? Ukraine will never ever become a NATO member so why not do it? 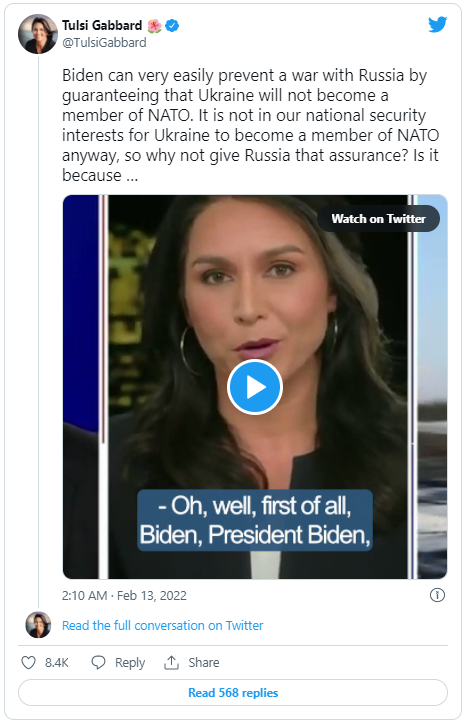 One thing is certain, if Russia invades, it will be in no small measure due to Biden’s inept and humiliating surrender to the Taliban in Afghanistan. We are obviously a nation in decline under this administration.

ARE FINANCIAL AND POLITICAL TIES TOO DEEP?

The deep and abiding concern over Ukraine’s borders while ours are wide open is a mystery for some. However, Ukraine is a corrupt country and a source of wealth for some high-placed American ‘leaders’. Take Hillary Clinton and her ‘charitable’ foundation. A Ukrainian oligarch and former parliamentarian with deep ties to the Ukraine government was one of her really big donors.

Between 2009 and 2013, including when Mrs. Clinton was secretary of state, the Clinton Foundation received nearly $10 million from the Victor Pinchuk Foundation, which is based in Kiev, Ukraine. Mr. Pinchuk served two terms as an elected member of the Ukrainian Parliament and is a proponent of closer ties between Ukraine and the European Union.

In 2008, Mr. Pinchuk made a five-year, $29 million commitment to the Clinton Global Initiative. The pledge was to fund a program to train future Ukrainian leaders and professionals “to modernize Ukraine,” according to the Clinton Foundation. Several alumni are current members of the Ukrainian Parliament.

The Foundation and the Initiative funded her’s and Bill’s trips around the world, as she furthered her political capital.

More importantly, Joe Biden’s ties to Ukraine might be influencing his desire to take on Russia over Ukraine’s borders and Ukraine’s desire to join NATO.

It has also been a source of income for Hunter Biden who we now know gave a cut to the ‘big guy,’ Joe Biden. There was a lot of Biden corruption in Ukraine.

Biden boasted of his abuse of power to get Ukraine to lay off Burisma. Joe got the prosecutor, who intended to investigate Burisma, fired.  The obvious abuse was excused by Biden’s European allies claiming the prosecutor was corrupt. That was later debunked by uncovered emails. Hunter’s pipeline to his father was viewed as “currency.” 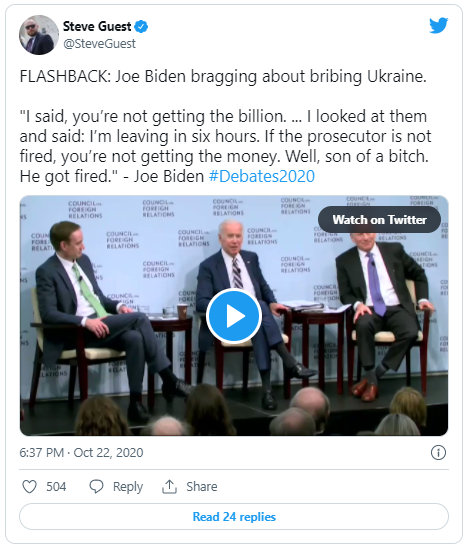