Don’t despair: The Great Reset will lose (Part two of a periodic series on optimism) 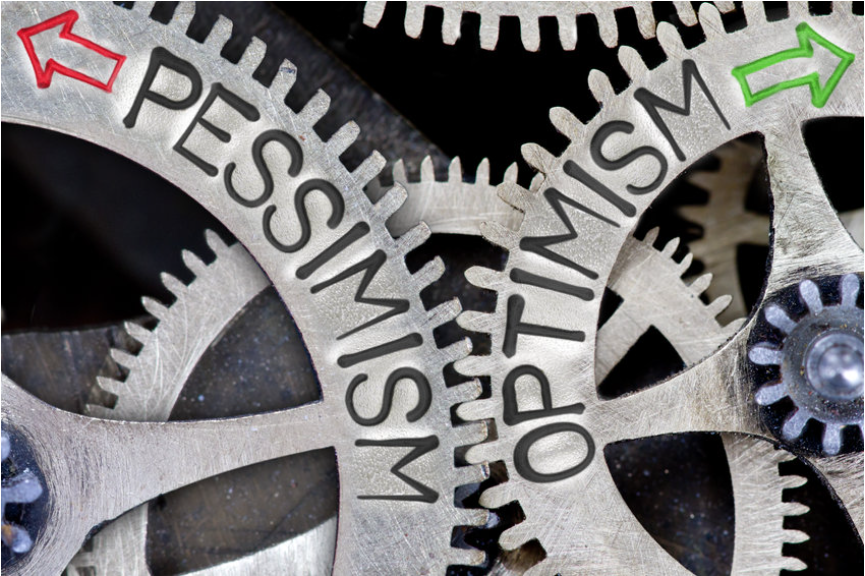 Don’t despair: The Great Reset will lose (Part two of a periodic series on optimism)

Ernst Wolf, a German economist in his speech in August of 2021 said “the current situation we find ourselves in is unique in human history. Never has the entire world been thrown under the rule of such a coercive regime. Never have so many measures been taken which at first glance appear unintelligible, partly nonsensical, and in many cases contradictory.

If you desire to drench yourselves in pessimism read Glenn Beck’s new book The Great Reset. It is the ultimate conspiracy theory threading together every evil selfish economic and political group you could name. It is not that his narrative is not mostly accurate but it is the threading of activities together into a hopefully unimaginable world cabal which yields his ultimate conspiracy theory. He will prove wrong though perhaps his intention is that of a Cautionary Tale. Unfortunately before reaching his final chapter on what we can do to help stop the cabal, your pessimism may sap your energy to battle back. On the other hand my series of optimistic essays is intended to collect the many optimistic voices and current facts that tell a very different story.

For the present, as a consequence of lock downs, we face huge economic problems including production disarray, logistical support, broken supply chains, food supply bottlenecks and inflation. They have the greatest impact on small business. These problems are not being addressed, but magnified purposely by powerful groups around the globe who hope to benefit monetarily by the disarray. Further they wish to install a socialist system that benefits the biggest movers and shakers including bankers, Wall Street and many Fortune 500 companies.

The biggest profiteers in the current crisis, Ernst Wolf tells us, are the important string pullers behind the scenes. Both Wolf and Beck’s aforementioned book say the digital-financial complex deserves the center stage. There also exists a special interest community, with corporations having the largest IT programs and asset managers. They included Apple, Google, Amazon, Microsoft and Facebook. These five companies have a market capitalization of $9.1 trillion (US dollars) while France, Italy and Germany have a combined gross GDP of only $8.6 trillion. In addition to these behemoths we have the large asset managers like Blackrock, Vanguard, and Fidelity. Their advantage accelerated in the last quarter of 2021 when they all reached record income.

The digital financial complex has grown so large that it has no other choice but to continue collecting more money and power lest it collapses under its own weight. While it looks ever more successful it’s present actions are unstable and an act of desperation. It all came close to collapse in the world financial crisis of 2007-8 had not government mobilized huge amounts of tax monies.

Currently the digital-financial complex finds itself with two choices. One to install a new financial system for us or collapse under the weight of hyperinflation destroying the value of our money. They have chosen since March 2020 to create a new system after plundering the current one to the benefit of the elites.

Their goal is the complete removal of cash and banks in their previous form and the introduction of digital money from central banks. The end goal says German economist Ernst Wolf is for us all to have a single account through which all transactions are run. This will not exist in a local bank but within a central bank.

It is interesting that the goal of crypto-currency was to hide all our transactions from the government. The financial complex now wishes to head off such an uncontrollable system. Crypto currency does exist in many forms and appears to serve as an investment casino rather than the intended manner of secret transactions.

Wolf optimistically says “the whole thing has a snag. Namely, the expected resistance from the public. One can be very certain that a large proportion of people won’t accept this form of disenfranchisement. So the introduction of digital central bank money would be expected to produce huge social unrest.” They will not succeed but expect them to try and ram it down our throats swiftly. However, it is a scheme too radical for us to sit silently by as we have done for decades.

They have been led by the head of the World Economic Forum (WEF) Klaus Schwab whose book of the same title as Beck’s, The Great Reset, lays out a plan to use the Covid fiasco to take over the world. This is by no means a conspiracy theory. It reflects the desire of various groups of rich evil people acting according to their nature much like the villains in the James Bond movies.

Schwab’s plan certainly is like it came from any of those villains. It can hardly be surpassed in evilness and deceitfulness as Wolf said in his speech. Who after all would have believed that under the guise of protecting mankind from the effects of a disease, the world economy would be driven to a near collapse? To take away our freedom to travel, our rights of association and free speech, our freedom to express our opinions could not have been expected.

There is indeed a positive side to all of this as we can be pushed just so far until we at last wake up and begin to resist. The plan of the elites, the visions of Klaus Schwab, are condemned to fail. There are several reasons for this. The most important is the narrative of a deadly virus considered an existential threat to humanity. This cannot be sustained in the long run. We can already see how the pack of lies is collapsing in on all sides.

Front and center in support of my optimistic position was the Congressional hearing on Covid held on January 24 in DC by Wisconsin Senator Ron Johnson. Many of the foremost scientists came to speak on behalf of real medical sciences rather than Marxist fear mongering. They provided alternative solutions to the pandemic on a panel called COVID 19: A Second Opinion.

The opposition is making ever more absurd arguments and increasing defamation of character. The vehemence the media are displaying these days testifies not to their strength but to their weakness with ever more emphasis on amazing lies. They attack the unvaccinated and healthy people desiring freedom from government mandates. They are doing this because they have run out of reasonable arguments and in desperation blindly lash out at many of us.

Indications of folks tiring of it all and fighting back are now occurring at an increasing pace. Bari Weiss, the writer who was forced to resign from the New York Times in 2020 when she refused to bow to the “woke” leftist culture there won wild applause when she appeared on Bill Maher’s HBO show on Friday January 21, saying it was time to move on from Covid restrictions and lockdowns. Is it not amazing that Maher’s ultra-liberal audience agreed with her. The worm is turning when even liberal audiences are sick of being ordered around by government officials like Anthony Fauci. Maher himself took a shot at Fauci and called the Democratic Party, “the party of no common sense.”

Another breakthrough is the decision by the World Health Organization to ask countries to lift or loosen travel restrictions. Britain immediately announced the end to vaccination requirements for passengers entering the country. WHO has concluded that restrictions are not an effective way to suppress the spread of COVID, but instead contribute to the economic stress experienced by citizens. Airline experts are reporting a surge of new bookings and predict that International travel could reach 90% of pre-pandemic levels in just a few months.

In Ottawa Canada on Saturday January 29, more than 20,000 truckers moved through the city in a freedom demonstration objecting among other things to Ottawa’s effort to convert all its energy to wind and solar power.

Klaus Schwab says in his book that the globalists have a unique window to reshape the world. Well there now exists a unique window of opportunity for us to soundly defeat them. The credibility of those who have lead us to this unparalleled time is being recognized every day by more and more of us. Our opportunity to share with our friends and colleagues what the real goal of the pandemic was, what the real balance of power is in the world, what the real threats we face are, gets better every day. The opposition gets entangled in ever bigger lies. We on the other hand hold an historic trump card as Ernst Wolf told us consisting of the fact “the other side does not act according to the rules of reason but strives out of motives of greed and power”. This brings them into ever great difficulty. While they have an insatiable desire for money and possessions and even weapons, their power relates to none of these. Their power is primarily based on the ignorance of the people to recognize what is going on. The majority does not recognize the evil game being played on them but are now at last waking up. You our readers are waking up.

Finally Conrad Black writing in The Epoch Times last August sounded a strong additional note for optimism “ as the media hedges its bets and stops trying to breathe air into the punctured Biden balloon, the Democrats will face the inexorably approaching elections like hunted outcasts who fear the peoples verdict…….they don’t like being used and now realize that their airtight facade of solidarity for the administration was the only strength that it had. Light is definitely appearing at the end of the tunnel.