The Mayor of Ottawa declared a state of emergency in the city due to the ongoing trucker protest. Shortly after, the police began to seize fuel belonging to truckers.

There are also reports of the police arresting truckers in the streets. CTV News is reporting that “several people” were arrested on charges of mischief for bringing material goods to the Freedom Convoy demonstrators.

Ottawa Police are reportedly disrupting fuel deliveries and backing off of arrests in the presence of journalists on the scene.

The Ottawa police claimed they knew nothing about the following tweet from earlier in the afternoon, making it against the law to deliver material support like gas. 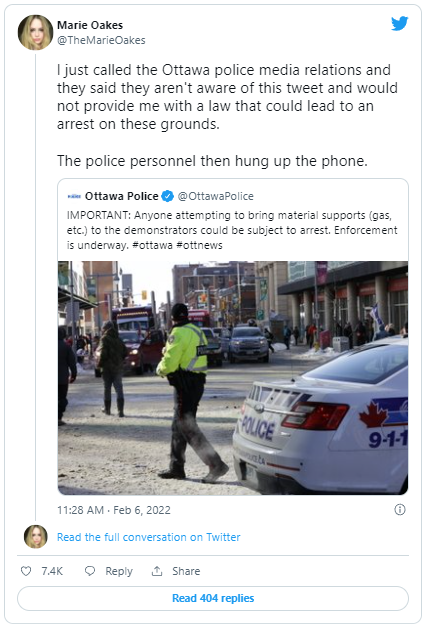 The Police began arresting people in the late afternoon. 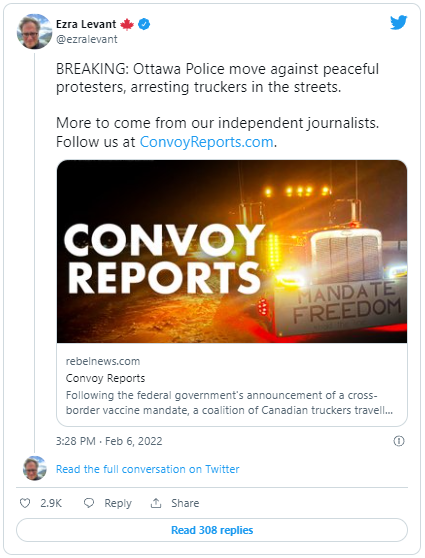 An Ottawa lawyer says he is getting calls from people in custody. 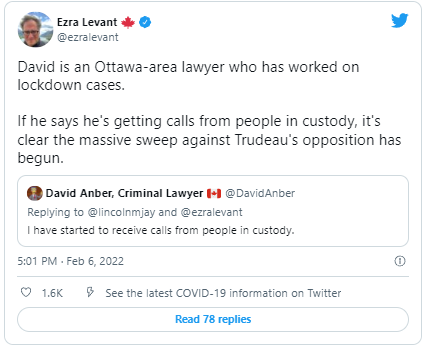 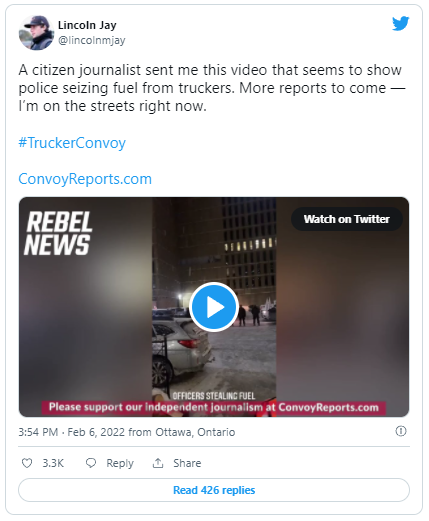 This was prior to the CTV announcement. 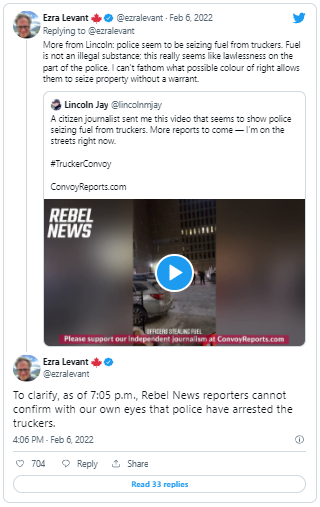 This trucker has a mailbox set up in front of his trucker. He’s planning to stay. 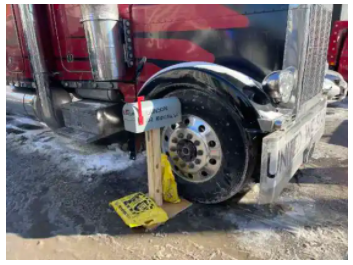 This is a multi-screen livestream of Toronto, Quebec, Ottawa, and Coutts. The Alaska convoy can be seen past the midway point on the top left.

At least some Ottawa police deny having witnessed any violence. 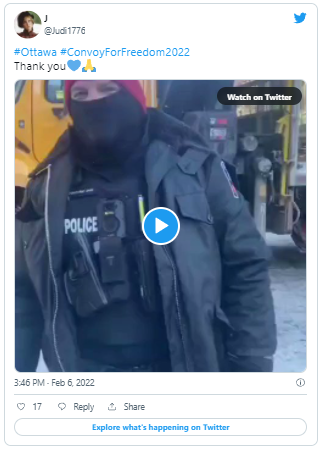