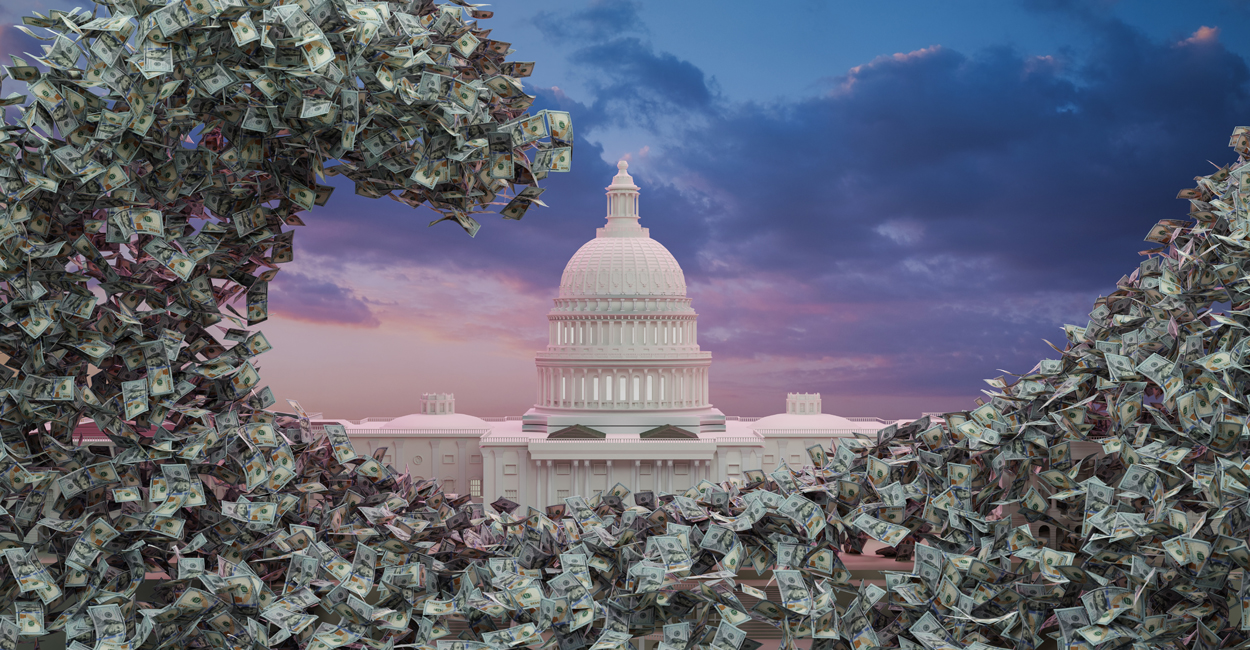 By Matthew Dickerson  and Joshua Loucks

The Treasury Department announced Tuesday that the total national debt had surpassed $30 trillion for the first time.

Just two years ago, the Congressional Budget Office projected that the nation would not reach this mark until the end of 2025.

Thanks to our ever-expanding federal government, we reached the $30 trillion mark nearly four years earlier. Since the start of the COVID-19 pandemic, the government has added an unprecedented level of spending, resulting in $7 trillion more in debt.

In fiscal year 2019, the annual budget deficit was equal to 4.6% of gross domestic product, a level nearly twice the historical average. The Congressional Budget Office projected a steady rise to around 5.4% of GDP by 2030.

After a massive increase in spending, the federal government managed to blow past these projections to a budget deficit of $2.8 trillion, equal to 12.4% of GDP in fiscal year 2021.

This dramatic increase in deficit spending is fueled by massive spending packages that both Congress and the White House cannot seem to get enough of. But even prior to the COVID-19 pandemic and President Joe Biden’s reckless spending spree, the federal budget was growing unsustainably.

The government has expanded significantly beyond its constitutionally intended scope of power. The only hope to fix our spending and debt problems is to return the government to its proper roles.

The consequences of overspending will not be trivial. Over the next 30 years, interest payments are projected to total more than $60 trillion, according to the Congressional Budget Office.

If interest rates are one percentage point higher each year than expected, it could add another $2.4 trillion to budget deficits over the next decade.

Should policymakers continue their spending spree, the situation only will worsen. Projections show that at current rates of spending, the national debt would reach upward of 300% of GDP within three decades.

More important than budgetary impact are the real human effects of a government that spends and taxes too much, threatening the freedom and prosperity of Americans. Fiscal irresponsibility threatens economic opportunity and makes it harder to achieve the American dream.

Despite the record levels of debt already on the books, Biden and congressional liberals are pushing for even more spending, which could contribute to even higher inflation.

At the end of the day, the only way we can address the debt problem is to shrink annual spending and significantly shrink the size of the federal government.

The Constitution never intended for government to be this pervasive in the lives of Americans.

We’re witnessing overspending that is an inevitable symptom of an overextended government. By reforming and eliminating programs and activities that never were intended to be done by the government in the first place, we can start to address the debt crisis.

Reforming major programs such as Social Security and Medicare not only would go a long way in solving the debt problem, but also directly address the reality at the heart of most fiscal issues today: the size and scope of the federal government.

Joshua Loucks is a member of the Young Leaders Program at The Heritage Foundation.