“Clean” energy is dirtier than imagined 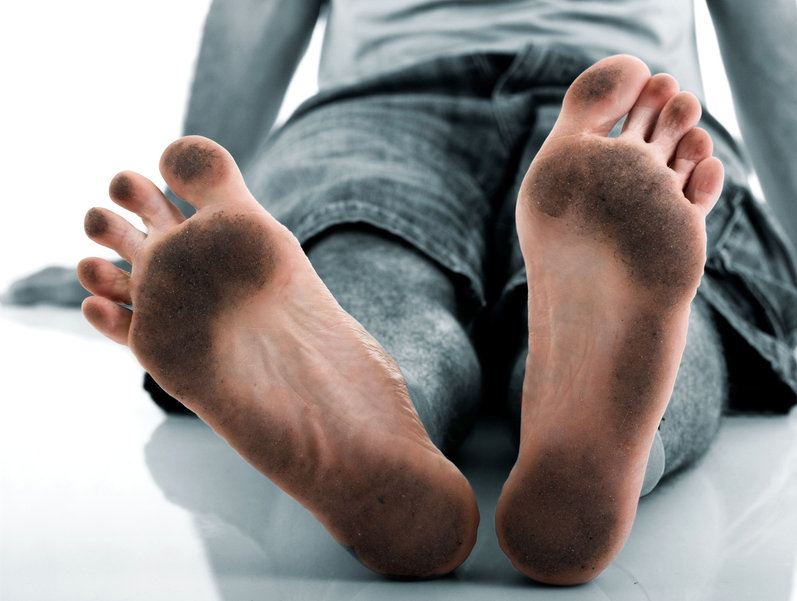 “Clean” energy is dirtier than imagined

The effect of wind power on birds and bats is already well-publicized but is being swept under the rug.

This article will explain why using wind and PV solar for generating electricity will cause greater harm to the environment than will using nuclear, natural gas combined cycle (NGCC), or coal-fired power plants.

However, this chart is woefully misleading because it seriously understates the amount of critical materials used by wind and PV solar compared with nuclear, coal or natural gas combined cycle power plants. 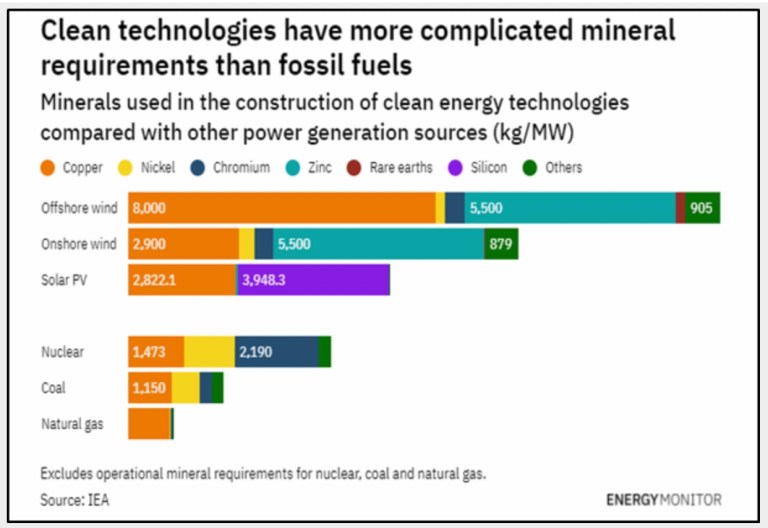 According to the chart, the total materials used in kg/MW are as follows:

This would seem to show how much critical material is used for wind and solar when compared with nuclear, coal, and natural gas.

It infers that offshore wind, for example, only uses 3 times the amount of critical materials than a nuclear power plant.

However, the values are kg /MW of installed capacity and not for materials used per MW of electricity produced, i.e., kg/MWh.

It also doesn’t reflect the operational life of these six alternatives.

This begs the question:

What is a fair comparison of critical materials used by these different types of power plants to generate the same amounts of electricity?

To answer that question we can look at the materials used when comparing (1) the amount of electricity produced and (2) the operating lives of these different types of power plants.

1)  Critical materials consumed based on the quantity of electricity produced:

The capacity factors (CF) for each type of generation are shown here.

(This data is for 2020 from the Energy Information Administration (EIA) , except offshore wind is from the International Energy Agency (IEA).)

CF reflects the amount of electricity actually produced by a power plant. So, for example, a nuclear power plant will generate about twice as much electricity per MW as will an offshore wind turbine.

From this data the critical materials required to generate electricity in kg/MWh is as follows.

2)  Quantities of material used based on plant lifetimes.

Therefore, wind and solar plants have to be built and then replaced three times while the nuclear plant is built just once.

Here are the quantities of critical materials consumed in kg/MWh over the life of a nuclear power plant:

In other words offshore wind, and onshore wind and solar require approximately 19 times more critical materials than does nuclear power.

Here are the quantities of critical materials consumed in kg/MWh over the 40 year life of a natural gas combined cycle (NGCC) power plant:

Similar calculations can be made for coal-fired power plants.

The mining, processing, and transporting of critical materials adversely affect the environment.

Most of these materials are mined in developing countries where environmental harm will be far worse because they have fewer environmental regulations than do developed countries.

Therefore, nuclear, NGCC, and coal-fired power plants will do substantially less damage to the environment than will the use of wind and PV solar.

One could rightly say nuclear, NGCC, and coal-fired power plants are more sustainable than wind and solar.