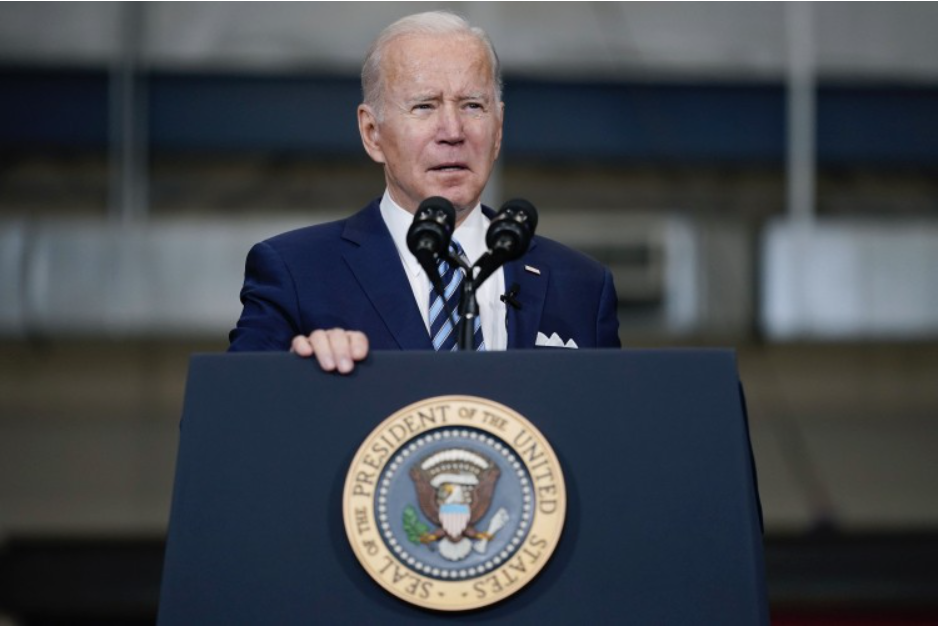 The flights touch down in the dead of night at a secondary airport, where and when, hopefully, few will notice. They’re part of an illegal human trafficking operation — run by the Biden administration and targeting many different states.

The kicker is that you, taxpayer, are footing the bill for this nation-rending illegality to the tune of $340-plus million.

What’s more, this operation reflects what was allegedly occurring during the Barack Obama administration: the purposeful seeding of the United States with illegals to change our country’s demographics, move citizens “into the shadows,” and eliminate opposition to the leftist agenda.

Breitbart reported Tuesday on the costs of the Biden administration’s human trafficking after reviewing federal data on the matter. The site writes:

The data, obtained by Rep. Mo Brooks (R-AL) following an inquiry to the Department of Homeland Security (DHS), shows the extent to which Biden’s massive illegal immigration inflow into the U.S. is costing American taxpayers.

From January 2021 to September 2021, for instance, the Biden administration spent at least $340 million transporting border crossers and illegal aliens into the U.S. interior.

This figure, though, only applies to border crossers and illegal aliens whom DHS considers “detention-related transportation” and may not include the taxpayer money funneled to federal contractors and non-governmental organizations (NGOs) who are facilitating illegal immigration.

This is illegal, since U.S. law dictates that these aliens must be deported. But the Biden administration, while disgorging statements about “defending democracy” and Ukraine’s borders’ inviolability, apparently believes our laws are made to be broken.

In fact, Homeland Security Secretary Alejandro Mayorkas — “the Cuban-born visa fraudster,” as The New American put it Tuesday — bluntly stated not long ago that merely crossing our border illegally will no longer be cause for deportation.

Of this number, approximately 530,000 illegals were released into our interior as of last year, according to Breitbart. But how can they provide identification — something demanded from Americans for anything and everything (except, sometimes, voting) — as is normally necessary to board airplanes? The feds have that covered.

“All of the border crossers and illegal aliens used Department of Homeland Security (DHS) forms as their proof of identification, as Biden has allowed them to bypass standard TSA rules where American citizens must show photo identification to board commercial flights,” reported Breitbart in a January article.

“Most shockingly, perhaps, the forms border crossers and illegal aliens are allowed to use as official forms of identification for TSA include arrest warrants, deportation orders, Notices to Appear (NTA) in immigration court, and federal custody booking records,” the site continued.

Do you think you could get away with that, citizen?

As for evidence, below is a recently uncovered video of a planeload of illegals that landed in Westchester County Airport in New York. 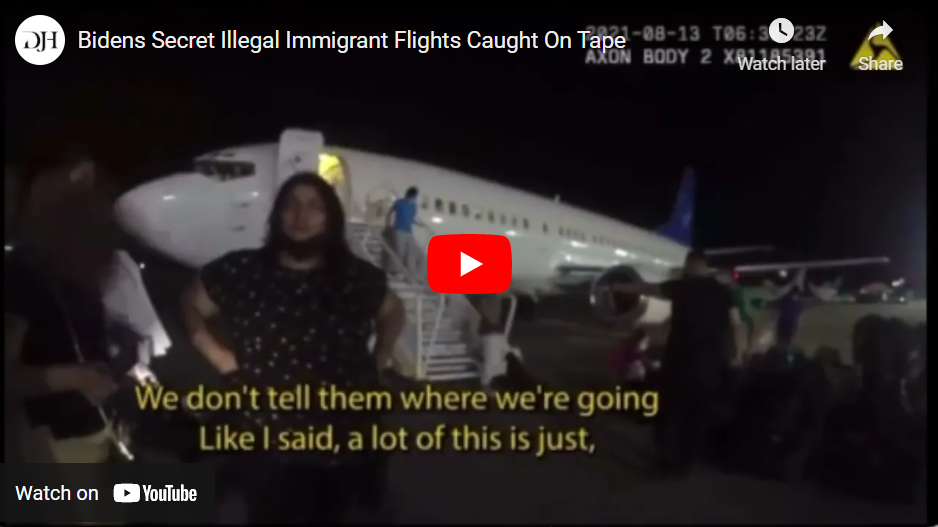 Note that a man involved in the operation, presumably a contractor, explained that the flights arrived at night because if their existence were widely revealed, citizens would know the “government is betraying the American people.”

This isn’t new, either, as an October 2021 Fox News report (below) on the phenomenon evidences. 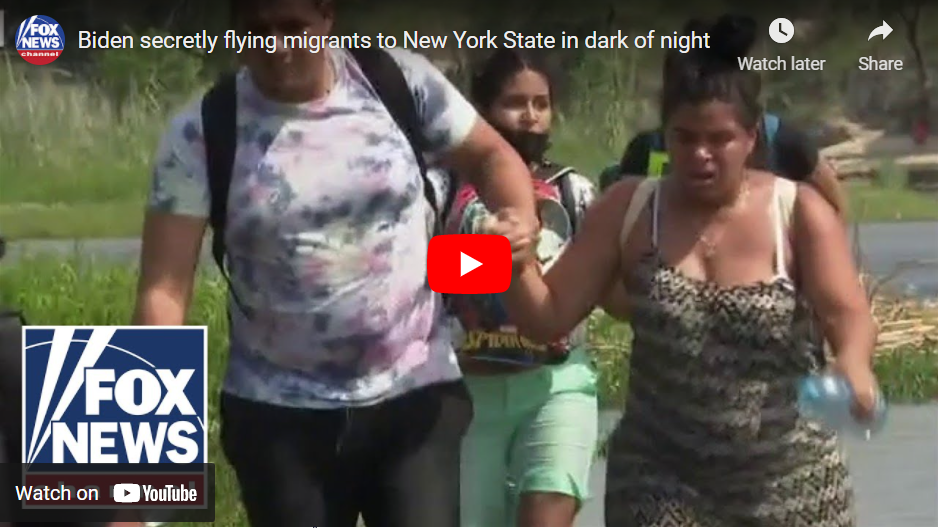 What follows is yet another report, also from October, concerning illegals being flown into Jacksonville, Florida. 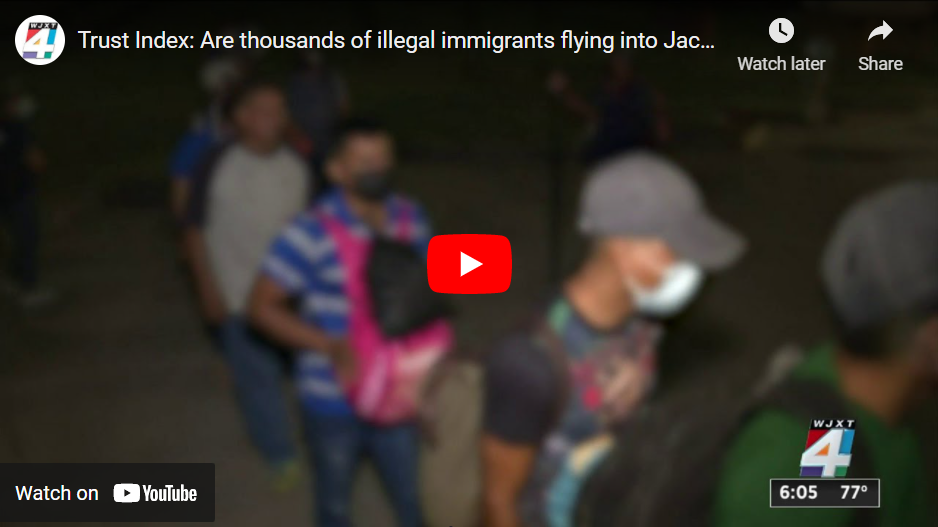 Yet this “redistribution”-of-the-illegals phenomenon goes back even further and is driven by truly malevolent intent, according to an April 2015 report by WCBM radio personality Sue Payne.

Here’s the story: In an interview with talk-show host Mark Levin, Payne said that while at an immigration rally, she became privy to three conference calls in which 16 Obama administration officials discussed plans for a radical demographic transformation of America designed to cement leftist dominance. And what did she hear?

The new illegal aliens are “seedlings” that will develop a “country within a country,” is the secret Obama administration plan,” Payne asserted. These foreigners will “navigate, not assimilate,” as they eventually “take over the host,” come “out of the shadows” and push “the citizens into the shadows.”

Don’t be surprised. Just consider the 2006 testimonial of Fredo Arias-King, ex-aide to former Mexican president-elect Vicente Fox, relating what he heard while meeting with 50 American legislators back in 1999 and 2000. He said that 45 of them — both Democrats and Republicans — knew that our current immigration regime had negative consequences, but didn’t care. For they believed that in a “new,” immigration-forged “United States, political uncertainty, demanding constituents, difficult elections, and accountability in general would ‘go away’ after tinkering with the People.”

“I remember few instances when a legislator spoke well of his or her white constituents,” Arias-King also related. “One even called them ‘rednecks,’ and apologized to us on their behalf for their incorrect attitude on immigration. Most of them seemed to advocate changing the ethnic composition of the United States as an end in itself.”

It sure is an end — an end that ends opposition to the leftist agenda. And now you know the method to the (im)migration madness.