Ottawa & US to Use Fed Intel Against Truckers, Even for Traffic Violations 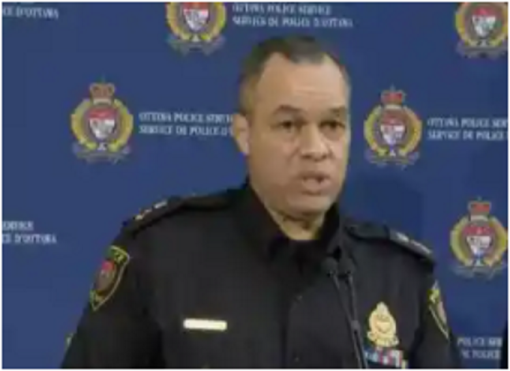 Ottawa & US to Use Fed Intel Against Truckers, Even for Traffic Violations

Ottawa Police Chief Peter Sloly held a press conference on Friday to make it clear that he will end the Freedom Convoy and keep any new arrivals away.

They plan to use domestic terrorism tactics against the blue collar freedom protest. That sounds worse than the military threat he lobbed at them the other day.

“Every unlawful act, including traffic violations, will be fully pursued regardless of origin.”

The Department of Homeland Security and the FBI are also helping with an investigation “into online threats that originated from the U.S.  You can count on this administration to betray Americans they don’t like.

How do they define threats? It would be nice to know if they are going after people for traffic beefs.

According to Marieke Walsh of the Globe and Mail, Police say they are “working with police agencies across Ontario, the RCMP, Sûreté du Quebec, and federal intelligence agencies. Homeland Security and the FBI are also helping with an investigation into online threats that originated from the US.”

He plans to add officers and undercover federal agents to infiltrate and gather Intel to use against them.

Anything Could Get Them Thrown in Prison

Sloly said they will be “collecting financial, digital, vehicle registration, driver identification, insurance status and other related evidence that will be used in prosecution.”

They will use any misbehavior, alleged hate, harassment to target the protesters. The chief also plans to isolate them at Parliament Hill. They are bringing in concrete barriers and will close off roadways.

If any officer helps them or even sympathizes with them in any way, the police state comrades will suspend and arrest them. They keep pretending these protesters are a hate-filled mob. However, they love the violent communists in Black Lives Matter.

Sloly called the demonstration an increasingly volatile and dangerous one. We don’t believe him. I’ve been to demos in the US and they painted the tea party as violent when they were peaceful and portrayed violent BLM, Occupiers, and Antifa as “mostly peaceful.”

Sloly claims the victims of truckers had stories of frustration and fear that were heartbroken. He also suggested the truckers are racist, and said there have been arrests.

Any protesters the Left disagrees with don’t have to misbehave or be violent to be persecuted. The Left will say they are regardless. The truth is they hate the very sight of the average citizen. Leftists are evil control freaks.

During a trucker presser this week, the organizers said leftist agitators were infiltrating to start trouble. 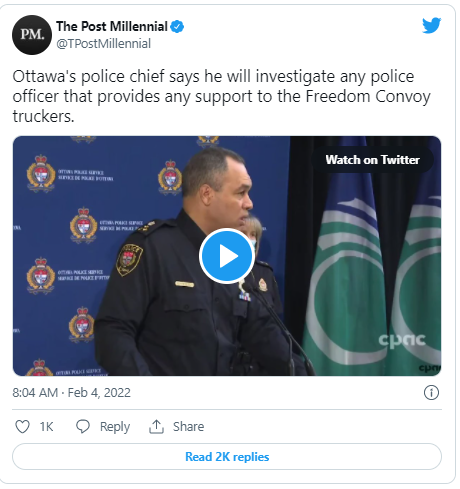 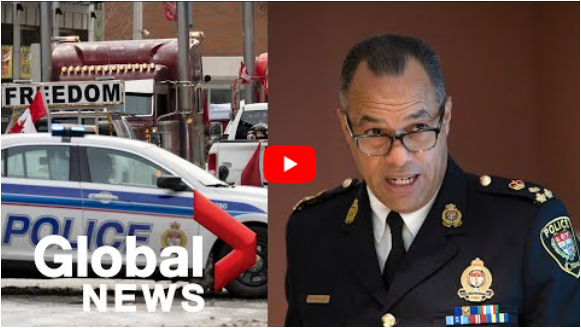