Remembering a great friend and defender of freedom

Remembering a great friend and defender of freedom 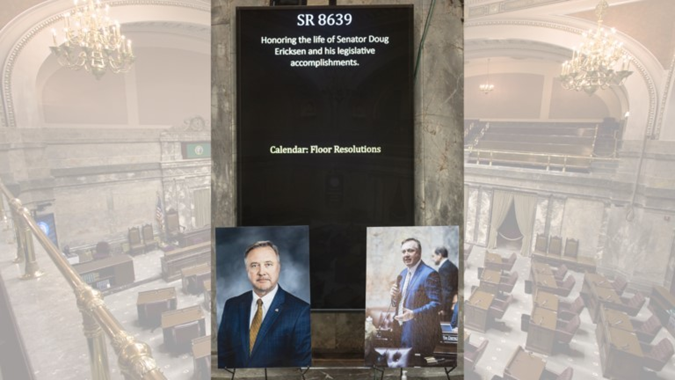 With the deadline for policy bills to be voted out of their committee coming tomorrow, the past week has seen a flurry of legislative events, with hearings on major bills, a move to the “Ninth Order” toward an attempted repeal of the long-term care tax, and floor action. You can read more about all of that below.

First, I would like a few moments to mention an important observance that happened last week. On Friday, January 28, which would have been Sen. Doug Ericksen’s 53rd birthday, the Senate took time to honor and remember his life and accomplishments.

After representing Whatcom County’s 42nd District in the state House and Senate for a total of 23 years, Doug passed away in December after contracting COVID-19, leaving a huge void in the hearts of many who knew him and worked alongside him here in Olympia.

Senators of both parties spoke about Doug, remembering his leadership, intelligence, kind heart and engaging nature. The lieutenant governor, who is also president of the Senate, presented Doug’s wife and two daughters with an American flag that flew over the state Capitol on the day of his memorial service in December. The Senate adopted a resolution honoring his service, which you can watch below. In a private ceremony, I was able to present the family with a plaque on behalf of the Senate Freedom Caucus, a larger version of which will hang in the Senate Republican Caucus room.

Doug Ericksen was not only a founding member of the Freedom Caucus but was also the inspiration and driving force behind its creation. He was a consistent voice for individual liberty, who believed in putting people before governments or institutions. It was that commitment to people – especially to the people of Whatcom County – that made Doug such a great legislator.

Like Ronald Reagan, a hero of his and mine, Doug was blessed with the gift of being a great communicator. He could always take complex legislative issues and boil them down to how they directly impacted the people of Washington.  His ability to explain an issue, identify a common-sense solution and then make the case for that solution was admired by legislators from both parties.

Part of this was God-given talent, but part was the result of hard work – Doug attended conferences, was an avid reader and was always on the forefront of the latest technology and research.

The lessons learned from Doug Ericksen will continue to inspire me.

Please give us a call or send an e-mail if we can be of service to you.

Thank you, as always, for the honor of serving as your state senator!

Senate honors the life and many accomplishments of Senator Doug Ericksen 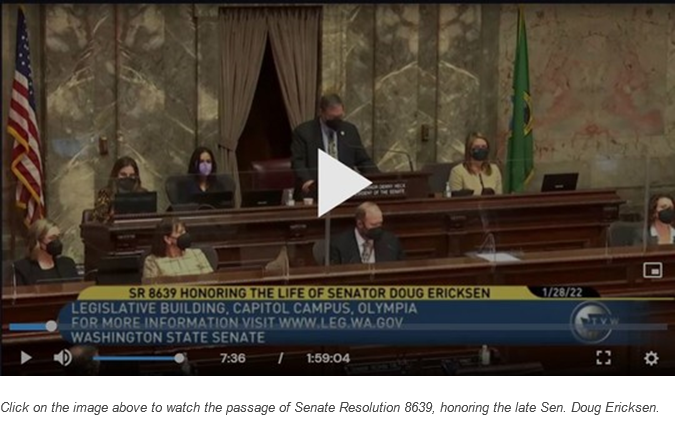 The Senate Law and Justice Committee last week held hearings or acted on three of our public-safety measures, including Senate Bill 5781, which deals with organized retail theft. It is one of the bills included in the Republican “Safe Washington” package. Under the bill, a person would be guilty of second-degree organized retail theft for stealing property with a cumulative value of at least $750 with two or more accomplices who enter the store within five minutes of one another.

As Mark Johnson, senior vice president for policy with the Washington Retail Association, told the committee, Washington ranks second in the nation in theft per capita, with over $2.7 billion in goods stolen from retailers every year. This leads to increased costs to consumers and approximately $250 million in lost tax revenue to state and local governments.

Click here to read my full release on the committee’s work.

AUDIO UPDATE: Click here to listen to the radio report on these bills. 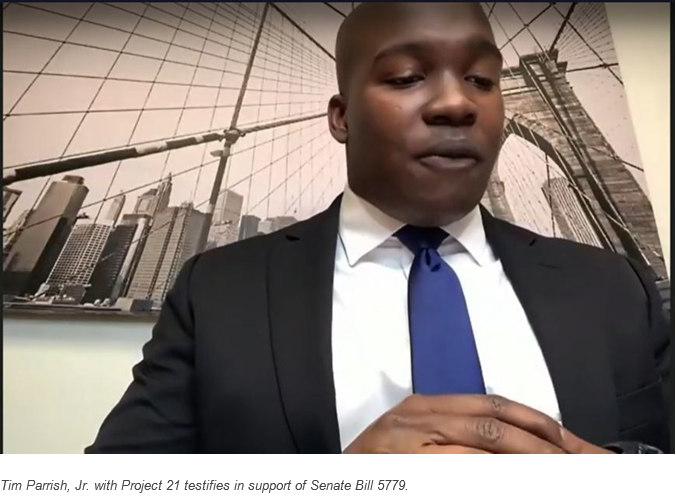 On Monday, the Senate Law and Justice Committee also held a hearing on Senate Bill 5779, my measure aimed at making some modest, but important reforms to state law related to bail. The goal of the bill is to add more transparency and accountability to bail funds, which are charitable organizations that raise money for the purpose of paying bail.

If approved, the new measure would require bail funds to:

SB 5779 would also allow the state auditor to conduct a financial and legal compliance audit of a bail fund.

Testifying in support of the bill were Tim Parrish, Jr. with the National Center for Public Policy Research’s Project 21, and Preston McCollam, deputy prosecuting attorney at the Spokane County Prosecuting Attorney’s major crime unit. Both made the case that some bail-payment efforts have not made communities safer, but instead, have put many (especially minority communities) at more risk. They urged the committee to adopt our bill, stating that additional oversight and transparency of bail funds is a positive and much-needed step.

Click here to watch the full hearing on this bill.

Striking a balance on warmwater fishing 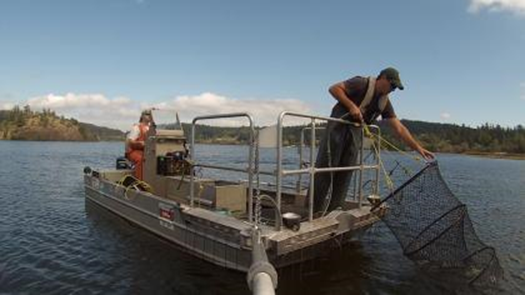 Tomorrow, the Senate Agriculture, Water, Natural Resources & Parks is scheduled to vote on Senate Bill 5826, my measure to bring a little balance to the state laws on warmwater fishing. The bill received a hearing in the committee yesterday.

SB 5826 would restore catch limits on warmwater game fish in areas of the state where there aren’t anadromous salmon and steelhead. These simple limits serve to strike a balance between conservation and the economy.

Captain Max Fortuna, 47, leaves behind a wife and two children 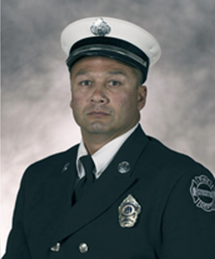 A firefighter was shot and killed in Stockton, California, on Monday morning while battling a dumpster fire, officials announced.

Captain Vidal “Max” Fortuna, 47, was transported to a local hospital where he was pronounced deceased. He leaves behind a wife and two grown children.

The Stockton Fire Department responded to a call of a dumpster fire at 4:45 a.m. on Monday morning and shots rang out as they worked to extinguish the blaze, striking Fortuna.

Robert Somerville, 67, was arrested at the scene and is facing homicide and weapons charges.

NOTE: It is because of tragic stories like this that I have introduced legislation making it a crime to interfere with a firefighter or emergency medical services provider. Senate Bill 5839 received a hearing late last month and is expected to be voted out of the Law and Justice Committee tomorrow at 10:30 a.m.

The insolvent Democrat long-term care (LTC) program is horribly misnamed, as it would not truly support long-term care, yet would come at a hefty long-term cost to workers in our state. This policy is so unpopular that close to half a million people applied for exemptions to the plan. Even more Washingtonians would have applied for an exemption if given more time to do so, or if private insurance carriers hadn’t stopped offering their product in our state. If the majority had listened to the people it would have known this program was a dud from the start.

Senate Republicans introduced legislation to repeal the long-term care trust program in its entirety. In fact, I introduced my bill to do so during last year’s session. It would repeal the taxes employees are required to pay through payroll deductions.

Last week, Senate Republicans used a procedure known as the “going to the Ninth Order,” to try to force a Senate floor vote on fully repealing the program and the associated payroll tax. The Democrat majority unanimously voted no, so even though all Republicans voted yes, our effort to bring the bill to the floor failed.

Even the majority realizes how bad its tax and the associated program are. That explains why its members instead passed a bill that would delay the program into 2023 and return the money collected so far. But this is mere window dressing. While a delay is generally a good thing, I was one of three votes against these bills, because someone needed to send the message that a delay is still not good enough.

The delay of the long-term care tax, like other bills the majority is pushing to correct the flaws in its anti-police bills and the toothless Democrat version of emergency-powers reform, isn’t reform at all. Don’t be fooled. They are fixing nothing, just trying to take cover from the backlash their bad policies have created.