The doctors who actually do know best? 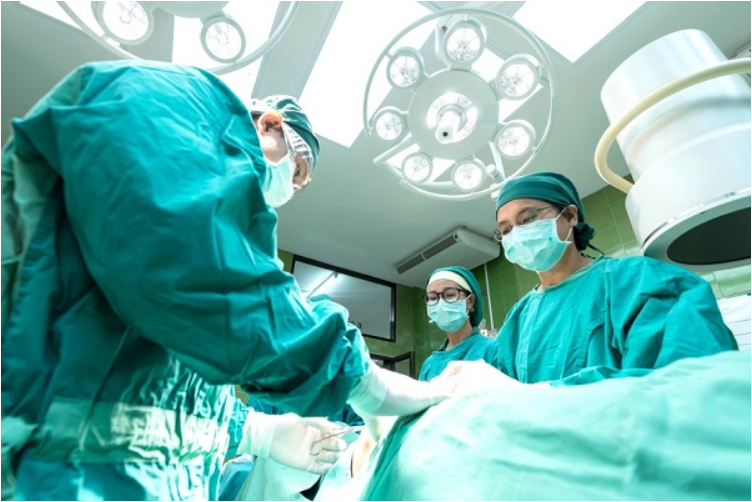 The doctors who actually do know best?

On Sunday, January 23, there was a march and rally in Washington, D.C.: “Defeat the Mandates: An America Homecoming.”  On Monday, January 24, Senator Ron Johnson hosted a panel discussion where about a dozen of these same doctors shared their personal testimonies.

These are not doctors just plucked off the street, but professionals from all over the country who are tops in their particular field.  One doctor is the CEO of a medical organization with over 17,000 medical and scientific members.  The mainline media called their narratives a “false narrative.”

Listen to what these doctors had to say.

“Let doctors be doctors; let the doctor and patient determine the treatment, not the government.”

“The men who founded America were not professional politicians, but farmers, shop people, and land-owners.”

“It was a serious mistake to let government officials control health care rather than doctors and nurses, who really knew what was happening.”

One doctor pointed out that the things that were important to him were his wife, his kids, and his grandkids.  He insisted we take a stand for our grandkids.

“Don’t let them vaccinate your kids.  While vaccinating may have seemed like a good idea at the start of the pandemic, vaccinating kids makes no sense.  Children have natural immunity, rarely catch the flu, and more rarely pass it on to others.  Many have suffered because of the vaccinations.”

“Vaccinating children has had very negative results.  Some, especially the boys, have had permanent heart damage.  Some girls became sterile.”

“If your child is injured because of the introduction of an unproven vaccine, you have no remedy: drug companies are no longer liable for drug failures. ”

One doctor shared how he was working in the emergency room of a hospital and was seeing a lot of success by treating with off-label drugs.  The hospital banned those drugs and would not let him use them.  He then had no way to save his patients.

One doctor pointed out that the drug companies along with the CDC, the NIH, and the FDA are pushing very expensive drugs and resisting the early use of much cheaper drugs.  These off-label drugs, when used at the right time and with the right dose, are very effective, and they cost only pennies.

“It is evident that there is a lot of fraud in the health care business, which is a terrible tragedy.”

“Following the protocol of Dr. Fauci and the CDC has cost a lot of unnecessary deaths.”

“The common prescription was to send the patient home until he turned blue, and then bring him to the hospital.  The patient was given dangerous drugs, and often he died because the proper treatment was not available, or it was too late.”

The rally took place on the steps of the Lincoln Memorial.  One doctor pointed out that another American shared his “dream” on that very spot in a 1963 rally.

Several doctors pointed out how our Constitution has served us well for over two hundred years, but it is gradually being eroded.  The American Constitution has no provision for the abandonment of our rights because of a medical emergency.  They pointed out that the action by the CDC and other health officials is leading to tyranny.

“These vaccines are still experimental; they have not yet been proven or approved for general use.”

“The vaccines that were developed two years ago for the Covid 19 virus are not effective at all against the omicron variety of the flu.”

“Masks do no good.  They do not keep you from getting the disease or prevent you from giving it to another person.  The virus is many times smaller than the mesh in the mask and the virus goes right through it.”

“Children need to be free of masks.  Young children learn to talk by watching your face.  The expression on a face often says as much as the words communicated, and this is impossible when wearing a mask.”

“We were told to lock down and isolate for two weeks to flatten the curve, so hospitals would not be overwhelmed.  Almost two years later and that directive is still in place in some locations.  Hospitals were waiting for a great influx of covid patients.  But it did not happen.  Often the hospitals were almost empty and doctors were sent home.”

“We were told that the answer was a vaccine:  Then it was a booster; Then a second booster.  Evidence makes it clear that vaccines do not prevent you from catching the virus, nor do they prevent you from giving it to another.”

“Natural immunity is far more effective than any mask or vaccine could ever hope to be.  Natural immunity lasts a lifetime and vaccinations wear off in just a short while.”

“Most hospitals insisted that all staff had to be vaccinated.  They made no provision for natural immunity, or for immunity that resulted from having covid.  Unless the person was vaccinated he was terminated.  This made no sense, as hospitals, which were already short of staff, were made even shorter.  Medical professionals, who had been treated like heroes during the height of the pandemic were later treated like domestic terrorists if they refused to be vaccinated.”

One doctor pointed out the importance of personal choice.  All medical decisions need to be made between the doctor and the patient.  The patient always has the choice of seeking a second opinion if he is not satisfied with the diagnosis.  Patients need to regain control over their bodies and what is put into them.  That needs to be their choice, not that of any government official.

The common theme of the medical discussions was “protect your children; protect your rights.”  Our rights are being gradually taken away from us.  This has got to stop.

One doctor pointed out an old maxim: “Let truth loose; it will defend itself.”

Another doctor pointed out that one province in India could not get vaccines so they used off-label drugs.  The result was that they had far fewer fatalities than other locations around them.

Several doctors quoted part of the Hippocratic Oath, which says: “First, do no harm”.  The medical profession has traditionally been committed to protecting the patient and not doing any harm. Politicians have placed doctors in a position where they cannot possibly care for their patients as they ought to.

One doctor concluded by offering hope: “We shall get through this.”  “There is hope in the future.  Stop thinking about the past.  You cannot do anything about it.  Think of the future and what you can do about it.”

Several doctors asked those who attended the rally to go home and take action to open the eyes of those around them.  Many forms of mass communication have been shut down; doctors have been removed from certain platforms.  But the truth must get out.  Otherwise, we will only have tyranny.

Jim Hollingsworth has a master’s degree from Pensacola Christian College.  He receives mail at jimhollingsworth@frontier.com.  He has written four books: Climate Change: A Convenient Truth, Cortez: A Biography, The Ancient Culture of the Aztec Empire, and Abortion Compassion, available where books are sold.