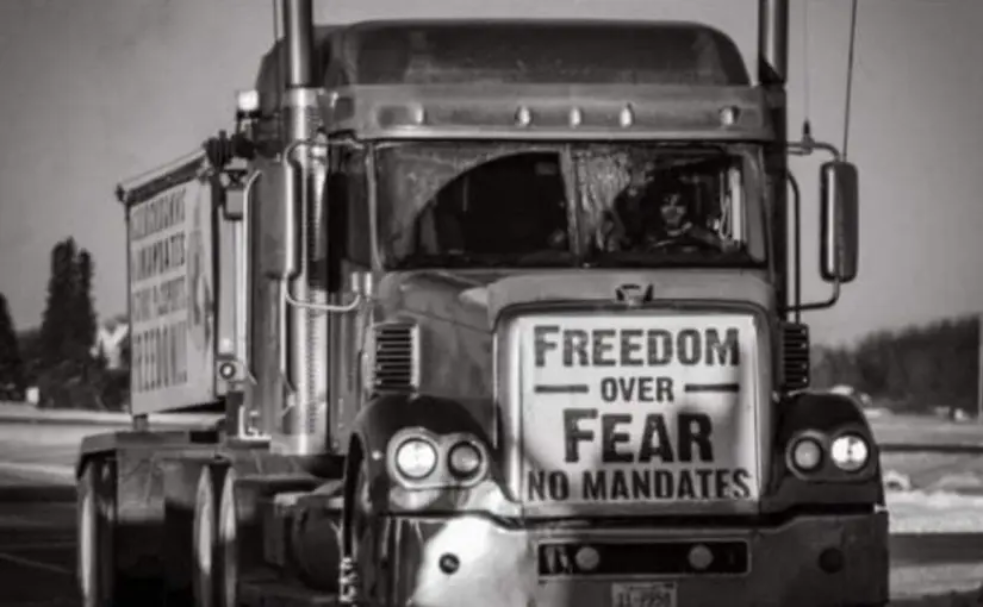 Message to ruling elites: Your time is up, you no longer have the consent of the governed, you must resign from all positions of authority, now. Canadian tyrant Justin Trudeau is getting an up-close-and-personal view of the ‘fringe minority’ …but will he stop hiding under his bed and take a look at it?

What’s transpired over the weekend in Canada is unique in history. I can’t think of anything this potentially transformational, not even the Polish uprising that kicked off the shackles of Soviet communism and touched off the beginning of the collapse of that system’s hold over the whole of Eastern Europe.

I am so proud of Canada. God often chooses the least-expected persons to lead his people out of bondage — Joseph was a house slave and David was a poor shepherd. So I guess it makes sense that he would choose the least-expected nation. Canada, that nation that has lived in the shadow of the American superpower for over two centuries, rose up strong at the moment when the world was looking for some group of people to show them the way out of this tyrannical trap.

It looked like the trap door had slammed shut, but the Canadian truckers refused to bow. They refused to submit to their arrogant prime minister, Mr. Justin Trudeau, who mocked them on the eve of the convoy’s arrival at the Capital in Ottawa. He said they represented a “small fringe minority” with “views that are unacceptable,” as if he gets to define what is acceptable to think and not think.

The Truckers’ “Freedom Convoy” that has arrived in Ottawa has now touched off an international movement — watch out Mr. Biden, you’re next.

Take a look at the sights and sounds of a nation that has taken back its freedom and its constitutional right to self-governance. 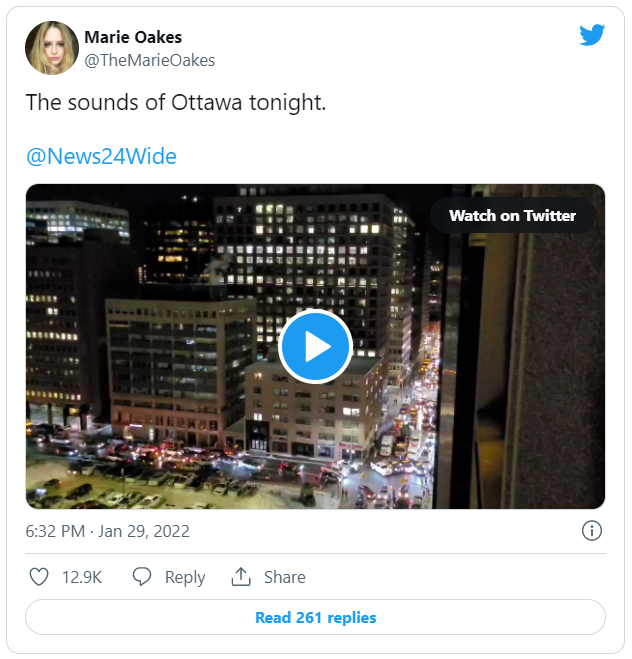 Yes, there is always the chance that the globalist elites could launch a false-flag operation similar to Jan. 6 and use their media lackeys to turn public sentiment against the freedom-fighting truckers and their supporters. If that doesn’t work, they might launch a Third World War, thinking that will surely get the heat off of their puppet politicians. But right now, it’s not looking good for them. They would be much better off resigning their positions and joining Trudeau in hiding.

You see, people embrace freedom and they flourish whenever freedom prevails. But many were beginning to forget what freedom felt like. Even before Covid, Western governments had been ever so gradually making their societies less free. Once people get a taste of that beautiful breeze of freedom blowing through their hair, they will never want to go back to the “safe and secure,” the germaphobic, Christophobic, truthaphobic “new normal” being crafted by the establishment throughout the formerly free world.

Thank you Canadian truckers for reminding us what freedom feels like. 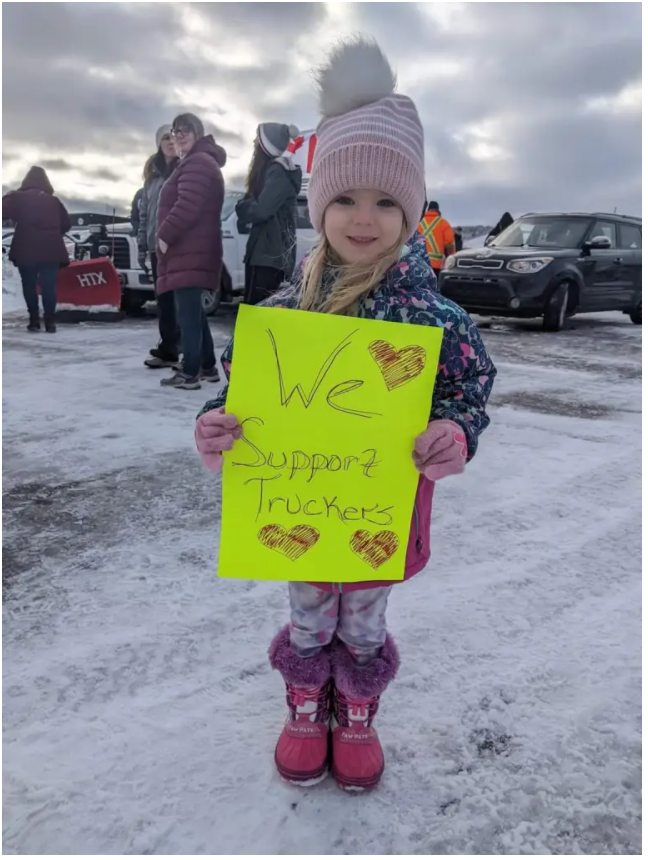 Regardless of what happens next, there is no turning back the clock on the fact that the long-awaited resistance is now underway. Courage is contagious and we now have an army of courageous people liberated from their fear by what started as a few hundred truck drivers.

Someone had to break through the mass formation hypnosis. The truckers stepped up.

Sure, there will be some poor suckers who choose to continue believing their puppet masters, but they are no longer relevant.

The people taking action are the ones in control of the narrative now.

It doesn’t matter that this revolution is going untelevised. In fact, that may be a good thing. That’s confirmation that the corrupt media were in on the attempted usurpation of our freedoms, our precious way of life, from the very beginning. Those who weren’t in on it, jumped on board soon enough and never looked back. Never sought the truth amid the lies.

But you can only stop reality from being real for so long. Saturday, January 29, and Sunday, January 30, mark the beginning of the end for the globalist ruling elites’ effort to lure us into voluntarily marching into their digital gas chambers. 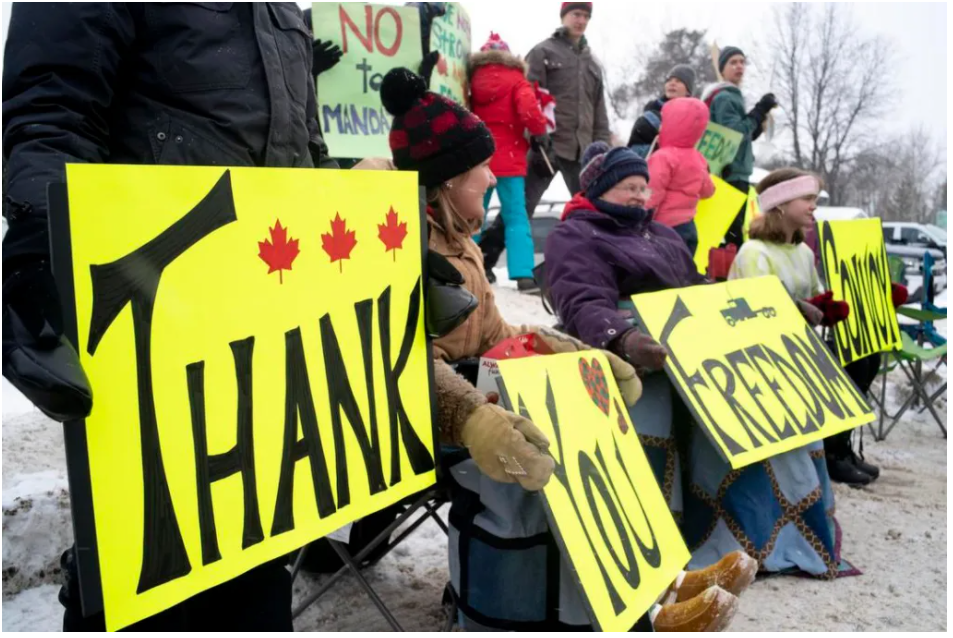 They may still conquer us, but they’re going to have to do it the hard way now. We aren’t taking the bait and willingly getting on the boxcars that take us to their hell-bound metaverse. We have made new friends with like-minded critical thinkers who value freedom above the illusion of temporary safety. We are working together now.

Let’s not stop with what the heroic truckers have accomplished this weekend in Canada.

Let’s not stop fighting until every last one of the perpetrators of the false narrative has resigned in shame, starting with the heads of state in every nation that took part in this fraud — the lockdowns, the mask mandates, the vax mandates and the most vicious scheme of all, the vaccine passports.

That includes everyone in the healthcare bureaucracy starting with Dr. Fauci who pushed this killer injection. Resign.

That includes every hospital CEO who fired nurses for not getting the jab. Resign.

That includes everyone in the media, from the largest corporate-owned cable TV outlet to the smallest small-town newspaper that pushed the narrative well into 2021 after they should have known better. Get out of the way. Resign. We are never going to believe anything you ever report, again.

They need to leave their jobs and never go back into the news business because they gave up on journalism a long time ago and embraced propaganda. They lied to us for two years. That was more than enough time to figure out that they were being lied to by Fauci and the other “experts,” but they continued telling the lies fed to them from the top down, starting with the U.N. World Health Organization and the World Economic Forum. These are corrupt, power-hungry institutions led by international criminals, but our news media and our doctors listened to them and obeyed. 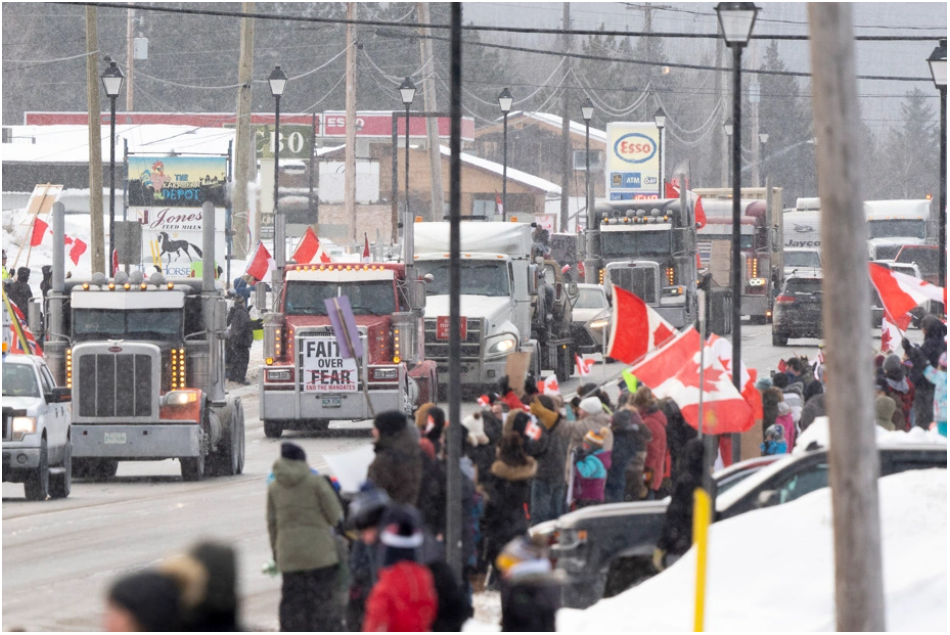 Even when their consciences had to give them pause, they continued to push the Remdesivir, the ventilators and the death shots.

Fauci must be arrested and tried for crimes against humanity. The same goes for the heads of the U.N. World Health Organization, Bill Gates and the top officers of the major Big Pharma players.

Let that sink in, Fauci. If it’s possible, you are worse than Dr. Mengele.

Thank you to the truckers of Canada, our neighbor to the north, for doing what no other group would do. You got out of your comfort zone and did something.

If there is one song that sums up what’s taken place this weekend, and what’s possible going forward, it is this one by Struggle Jennings and Caitlynne Curtis. Yes, “We’ve been dancing with the devil way too long.” 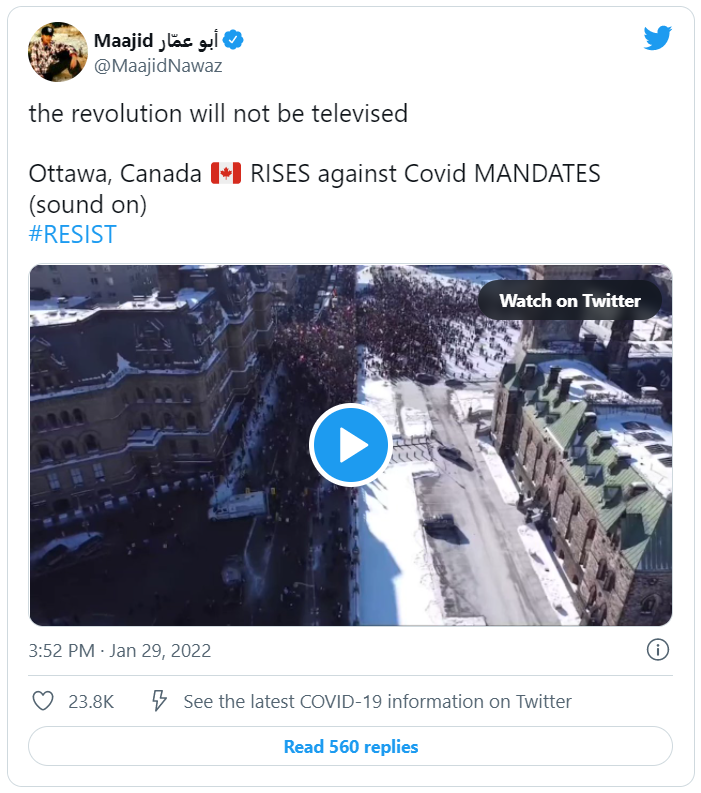 Listen to what this conservative Canadian MP says in the video below. She really summarizes what’s going on quite well [skip over the first 40 seconds of the video to get to the interview.] 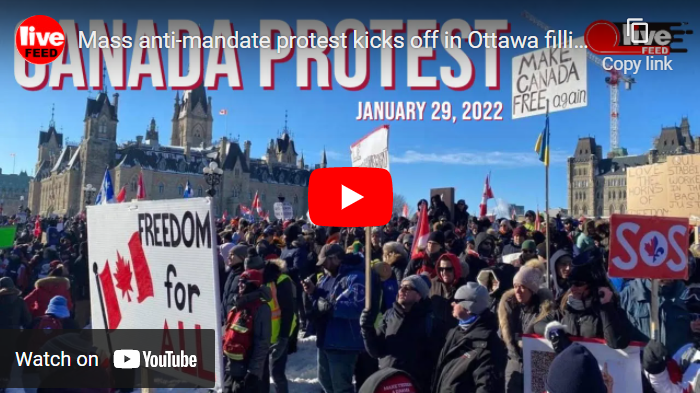