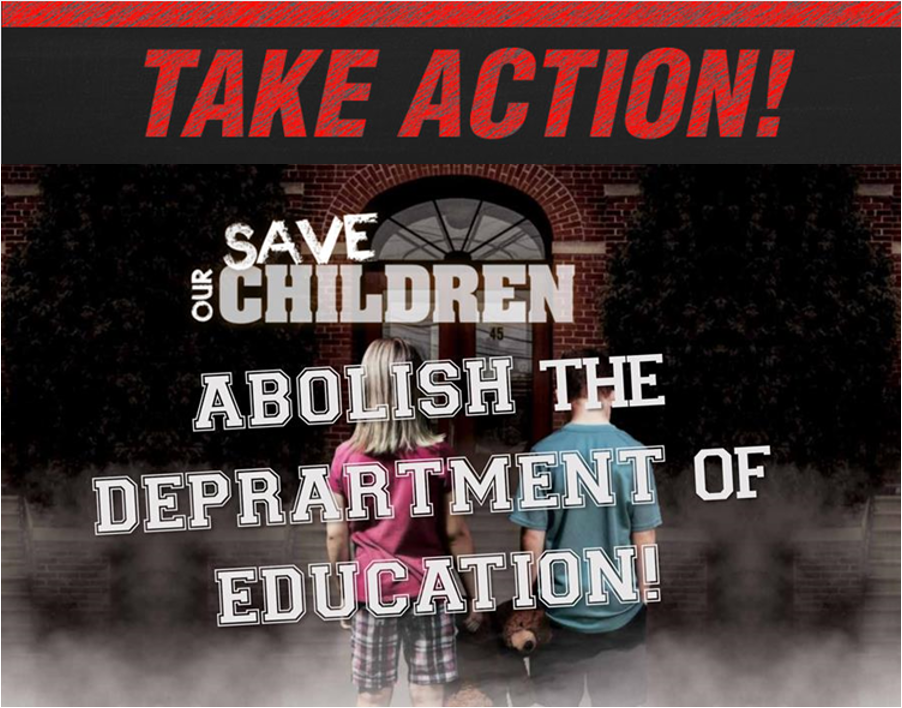 ACT NOW: Members of Congress are seeking to pass legislation to terminate the unconstitutional and Deep State-controlled Department of Education (DoE).

H.R. 899 is sponsored by Representative Thomas Massie (R-Ky.) and co-sponsored by 14 additional representatives, while S. 323 is sponsored by Senator Rand Paul (R-Ky.). The two bills are identical; they consist of only a single sentence that states: “The Department of Education shall terminate on December 31, 2022.”

Writing in support of his bill, Rep. Massie stated:

I attended Kentucky public schools K through 12, as did my wife. All four of our kids attended public school in Kentucky too. I’m pro education, but the US Department of Education is not good for education. Let’s end it. My one sentence bill HR 899 would do just that.

Abolishing the DoE is essential for multiple reasons. First, nowhere does the U.S. Constitution give the federal government any authority over education policy. Under the 10th Amendment, education policy lies with the states and the people. By its very existence and shaping of U.S. education policy, the DoE violates the Constitution.

Additionally, the federalization of U.S. education policy is enabling spread of curriculum that promotes left-wing values and that dumbs down students. These include Common Core and the Every Student Succeeds Act that codified the former. Furthermore, the Biden DoE is actively promoting critical race theory and the 1619 Project.

The Left understands that if it can control our children’s education, it will control the future. Having a centralized education department under their influence makes it significantly easier for the Left to accomplish its goals. These damaging policies have persisted since the department’s creation, and simply electing a Republican president will not fix any of them.

The solution is to abolish the DoE and its accompanying bureaucracy and programs, none of which are legal to begin with. Doing so would not only be a major step toward obeying the Constitution, but it would deprive the Deep State of a major tool that it is using to indoctrinate the next generations with Marxist and anti-Americanist ideology.

Tell your U.S. representative and senators to support H.R. 899 and S. 323 to officially terminate the federal Department of Education and to completely get the federal government out of education policy.

Your Friends in The John Birch Society