Secure the Vote – Nothing is more important! 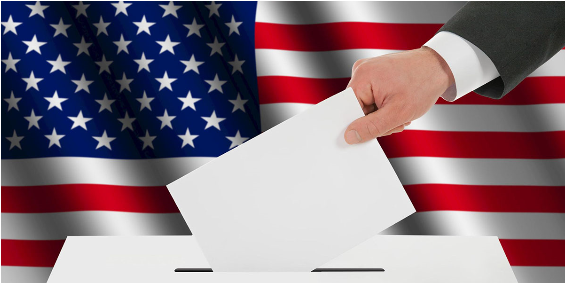 Secure the Vote – Nothing is more important!

Securing our precious right to vote is THE ONLY thing that can save this nation, and the freedoms it provides us. Our lives, quite literally, depend on it. Let that sink in. We are well into the process of losing our Republic to Communism. Let THAT sink in. In 2020, the legal, Constitutional government of America fell to a coup, well orchestrated and perpetrated with the help of fraudulent votes. The only way to take it back, short of the break-up of our Union, or bloody warfare in which both sides will lose, is to secure the vote, once and for all, in every precinct in the nation. The only way to make this happen, is to work from the local level, where each and every one of us has the power to make a difference. We are strongest in our own back yard, where we are surrounded by neighbors and friends who share the lives we lead, and all of the privileges therein. Communication is easier and more direct, less diluted, and people can and will come together in a shared cause. Freedom is the common denominator; your neighbors understand, for their lives depend on it too. Rural people share needs and wants, as do city dwellers. Working for a national group dilutes goals or even nullifies your impact. Today, working at the national level to correct voter fraud is inefficient and, really, ineffective, and almost farcical. Moreover, you don’t want to find yourself helping the feds who want to do you in!

When fraud occurs, as it has been for years, it happens right in our own back yards. That is where we must stop it and develop systems and procedures to prevent it from happening again. We know our own towns; we know our own precincts. We know best how to “true” our own vote. Millions of honest Americans, of all colors and income levels have had their votes nullified by the criminals who do this. Millions are needed to help change that. Securing our ballots is key to keeping our freedom. Period. A few examples of what has been happening under our noses should be all the motivation anyone would need.

Election fraud has been happening in every state for decades, in everybody’s “back yards”. Those who practice it are very open about it. Its existence is no longer open to debate. They tell us what they have been doing. The most notable confession is the now infamous statement of Joe Biden, in October before the 2020 election, when he told us that “We (the Democrat Party) have developed one of the most extensive and inclusive voter fraud organizations in the history of United States politics.” Joe knew this, of course, because as Obama’s VP, he watched the steal take Florida’s electoral votes in 2012. Remember? The votes trickled in for days AFTER the election, (sure sign of fraud), and the results were not certified for over a week, while the blue vote totals crept up and up, and the red ones barely budged.

Many others who have worked the scams to steal the vote, are very forthcoming about the details of their activities as well. Some bragged that they have been at it for 30+ years. My favorite among many was, “Confessions of a Voter Fraud: I Was a Master at Fixing Mail-in Ballots.”, as told to a NY Post writer, Jon Levine, Aug. 20, 2020. The confessor was a “top Democrat operative” working in New Jersey, who stated that voter fraud is “more the rule than the exception.” “ He also revealed that such efforts … extend far beyond NJ.” In 2020, he said that “there is no race in New Jersey – from city council to United States Senate – that we haven’t worked on.” “He explained in detail, how mail-in vote fraudsters have been stealing elections for years.” He has trained and led “at least 20 operatives in NJ, NY, and PA…” Those trainees have gone on to train others. This man is a Bernie Sanders supporter and, as such, disparages both parties and works for chaos. He is a Socialist. He wants America to fall, or so he thinks. (All quotes above are from The New American, 9/1/2020, “Democrat Operative ADMITS: …”)

There is one more story that I will always remember.

Hawkfish, an analytics group working for the Biden campaign and funded by Bloomberg in 2020, stated that “Donald Trump will win in a landslide on Nov. 3, but in subsequent weeks, the mail-in vote will overturn it! (see their own website) They were trying to sell the idea that TRUMP would be responsible for the fraud; that his voters voted more in person, while the left used the mail. Those mail-in ballots, all from the Left they would have you believe, would arrive and be counted AFTER the polls closed, and would carry the day. Hawkfish plainly thought the American public was so stupid that they would believe that hundreds of thousands of ballots which showed up after the polls closed were legitimate and ALL for Biden. They did not count on the many who have come forth since, revealing the truckloads of ballots transported across state lines in the dark of night and counted in closed rooms. Nor did they anticipate the security footage that showed suitcases and boxes of ballots drug from secreted locations, and put into the count. Evidence of fraud was everywhere.

Hawkfish termed this “The Red Mirage”. I term it BLATANT FRAUD, as the mail-in sector has always been the easiest and most prevalent arena for insecure ballots and fraud. Real Clear Politics has dozens of statistics on this, countrywide. Remember, too, that the left always accuses the other side of doing what they, themselves, are actually doing. They were planning the Big Steal, so tried to blame it on the other side. It is a behavioral aberration called “Projection” and has proven a great way to see through them. Transparency in action!

Many Americans are understandably distressed and angry about all of this. I know I am. Without free and fair elections, we will lose our country. We are nearly there, and we MUST stem this tide of lies and illegal actions which are dealing the fatal blows to our republic. Over the months since November, 2020, people across the country are seeing the picture. Voters of both parties have begun to see what has happened. Although, some may still think that the coup represents good, polls and surveys show that there are fewer and fewer by the day who are so deceived.

Realize that those now pretending to be our “government” are those who are removing your freedom to worship, assemble, speak, care for your own bodies, own property, etc. A healthy economy is being deliberately destroyed, and a healthy nation (once first in the world for health care; now LAST since the coming of Fauci control, per RFK Jr. in his book, The Real Anthony Fauci)) is being sickened and killed. Yes, depopulation is truly a goal now. Understand Margaret Sanger, Bill Gates, Anthony Fauci, Klaus Schwab (World Economic Forum) and others. Their goal is to eliminate 500 million people from the earth asap, and they have at times been open about that as well. Remember that one former POTUS told us that the government is not the solution to our problems; rather, it is the problem? Today, government is not only the “problem”, it is the mortal enemy. You want to work with THESE guys to secure your vote?

A look at the infamous HR-1 helps us to understand their intent as to the vote. HR-1 was the FIRST bill introduced by Speaker of the House, Pelosi, when the new Congress convened after the coup of 2020. They went right to work on permanent destruction of our voting rights. The bill voids long-standing and simple state voter ID requirements, which, despite fear- mongering by the left, are popular and effective. HR 1 also forces states to allow for ballot-harvesting, by which third party political operatives collect and return mail-in ballots. This destroys the one sacrosanct provision of fair voting – the chain of custody, wherein a marked ballot can be traced from the voter all the way to the count. This fraud-enabling bill also prevents states from cleaning up their voter rolls within 90 days of a federal election.

Let me repeat. These are NOT the people whom you want to help to secure the ballots in YOUR state!

However blatant their efforts to steal the vote and secure the fraud, the US “government” is now reaching out through conservative organizations, unashamedly asking citizens to join in their efforts to improve the voting process in 2022. This is both laughable and infuriating. For example, a recent issue of its magazine, The Association of Mature American Citizens (AMAC), whose readers are often retirees with time on their hands, recommended that its members join in with the US Election Assistance Commission (USEAC) to work for fair voting in their states. One quick look at this group will tell you why this is a bad idea.

The Executive Director of USEAC, Mona Harrington, “assembled a new cyber team to assist in the 2020 elections” during her short tenure with the agency. She has since moved on to CISA, another cyber “security” group dealing with elections. This is not exactly a notable accomplishment, considering the cyber tampering that occurred quite blatantly during the 2020 election cycle. Also, the header on the USEAC’s own website (eac.gov) has a tab on the top, allowing the reader to translate its contents into CHINESE. Why on earth does a “dot-gov” website, ostensibly working to imrpove our American elections, need Chinese translation?? That was all I needed to see. These are NOT the people you want to help, or whom want to help you.

Every American needs to know that securing the vote in their local communities is the sine qua non of our having a future as a free nation. AMAC was on target there, but not in their recommendation of a federal government group, born and raised in Congress, as a legitimate election security organization. There are citizens’ groups in every state who are doing good work. Contact yours. Get off the couch and out the door to join them. Keep your efforts at home where you have the most impact, and less chance of accidentally helping those who are working for the destruction of this great nation. Our Republic can not stand another frontal assault. Our ballots must be secured, and election fraud must stop now.