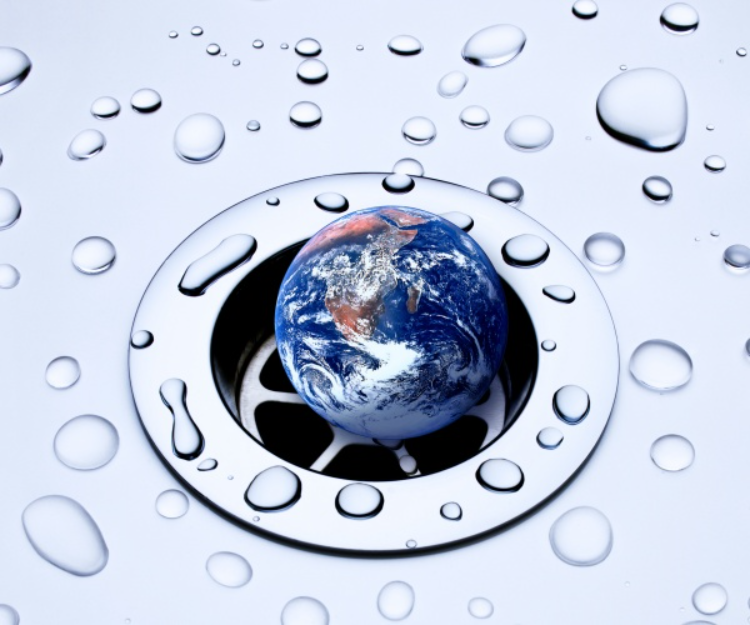 President Joe Biden is correct in assessing climate change as the greatest global threat … but for the wrong reason.

It’s only because our most dangerous adversaries are weaponizing his administration’s energy policies driven by climate obsession to advance their territorial aggressions.

All three adversaries are collaborating to exploit U.S. abandonment of fossil energy independence and global market leverage which commenced on Biden’s first day in office cancellation of America’s Keystone XL pipeline and drilling permits on public lands and waters.

No one should doubt the seriousness of President Vladimir Putin’s goals to bring Kyiv under Moscow control, dominate the Black Sea, and reestablish itself as the principal power in Europe against growing Western influence over other anti-Russian countries like Poland and the Baltic republics.

The EU has every bad reason to worry that Russia will use its energy life support supply leverage to Moscow’s influence … a lesson Ukraine learned the hard way when Gazprom cut off its gas supply for 13 days during a 2009 dispute with painful effects extending to Poland and other European countries.

That apparent deal with Germany’s outgoing lame-duck Chancellor Angela Merkel is now rendered even more indefensible with her replacement by a coalition led by a Social Democratic Party (SPD) that is even softer on Russia.

Influential SPD officials have said the pipeline’s fate shouldn’t be tied to Ukraine’s, and new Chancellor Olaf Scholz has only vaguely allowed that “everything will have to be discussed” after an invasion.

Nor, combined with the European Union’s reluctance to discuss specific penalties in the event of a Russian invasion, should Ukraine draw any comfort regarding Biden’s response during a recent press conference.

Opening the prospect that President Putin might go for a “minor incursion” or cyberattack on Ukraine — as opposed to a full-blown war — Biden noted that such actions could complicate how the U.S. and its allies react, “and we end up having to fight about what to do and not do.”

Joe lamely added, “My guess is he will move in, he has to do something,” Biden said of Putin.

Meanwhile, Russia and China get passes on date-certain commitments to reach “net zero” CO2 emissions promoted by the U.N. Paris climate accord as both countries plan to ramp up coal production.

This is occurring as Biden, who signed the U.S. back onto the deal following Trump’s withdrawal, has begged OPEC to produce more oil. Meanwhile, Russia plans to increase coal production over the next ten years, and a recent global energy shortage, including coal which powers around 56% of China’s industry-heavy economy, has given Beijing cause to rethink its climate commitments.

Let’s also remember that China controls 80% of the global rare earth minerals, including lithium, that will be needed to supply those so-called green technologies to decarbonize industry and power.

Energy-related global military and economic threats become amplified as Russia and China include (and leverage) Iran in strategic teaming agendas.

Moscow and Beijing have both been lending crucial support as Tehran fights U.S.-led sanctions against its nuclear program development.

In late November, Tehran representatives left the Vienna negotiating table unimpressed and ungrateful when the U.S. floated the idea of a bargaining offer to allow Iran to sell electricity to Iraq in exchange for a return to the failed Joint Comprehensive Plan of Action (JCPOA) which Trump terminated.

Given that Iran has reportedly already advanced its uranium enrichment to 60% — close to a 90% threshold required for weapons-grade material — there is no way to return to the 2015 JCPOA status quo because Iran has already enriched its uranium far too much since then.

Beijing has been openly buying Iranian oil in defiance of U.S. sanctions, and the Biden administration doesn’t seem to care.

In addition, Russia has long been a supplier of nuclear and missile technology to Tehran and conducts military operations with Iran’s Islamic Revolutionary Guard Corps in Syria. With de facto Russian and Chinese support and protection, these regional activities have reportedly included an October drone attack on a U.S. base in Syria, and a November Iran-backed militia attempt to kill Iraq’s prime minister.

In return for Russian and Chinese support, the Islamic Republic ranks as a bona fide energy superpower trade collaborator with massive amounts of oil which could be brought to market almost immediately to finance joint territorial ambitions.

Simultaneously, Russian President Vladimir Putin and his Chinese counterpart Xi Jinping recently agreed to cooperate as a common pushback warning to the U.S. and our regional allies in their special spheres of interest not to meddle with their expansionist agendas.

Russia’s military provocations in Ukraine draw U.S. focus away from China’s in Taiwan, making it more likely that either or both may be emboldened to exploit transparent leadership weakness exhibited by America’s Afghanistan withdrawal debacle.

This tightening alliance between three of our most dangerous global adversaries isn’t what most of us hoped for when Joe Biden promised to be a “uniter.” And whereas no one can confidently predict if, how or when the world will get through this perilous time, one forecast is certain.

Fully expect that Moscow, Beijing and Tehran will continue to aggressively leverage combined strengths and strategies until energy-dependent national defense sanity returns to the Oval Office in 2024.