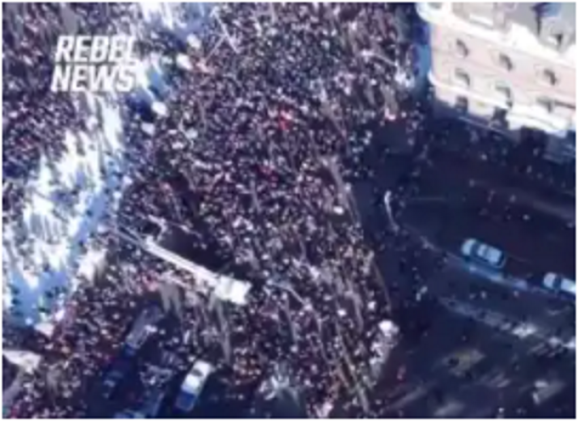 Nova Scotia won’t allow cheering by the side of the road and the truck convoy is banned. Disobedience to the fascist masters will result in a $3,000 to $10,000 fine for individuals or a $20,000 to $100,000 fine for corporations. Most trucks are incorporated.

At the same time, Coward Trudeau has fled Ottawa instead of addressing the truckers and their concerns.

Imagine not allowing cheering? Up to $10,000 for cheering. These officials are evil fascists.

Canadian officials are pretending the truckers are small, fringe radical right-wingers. One CBC host absurdly said the Russians could be involved. 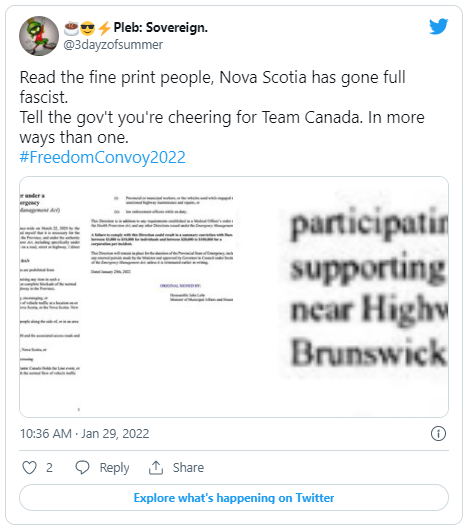 In addition to the 50,000 truckers, about 1.4 million people are expected to appear at the rally. 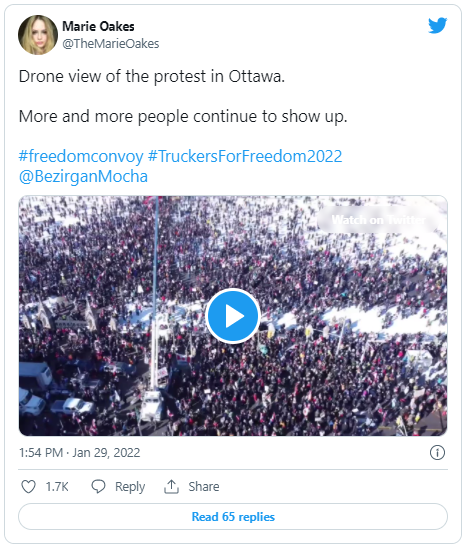 The truckers are being called white supremacists but the indigenous people feel differently. 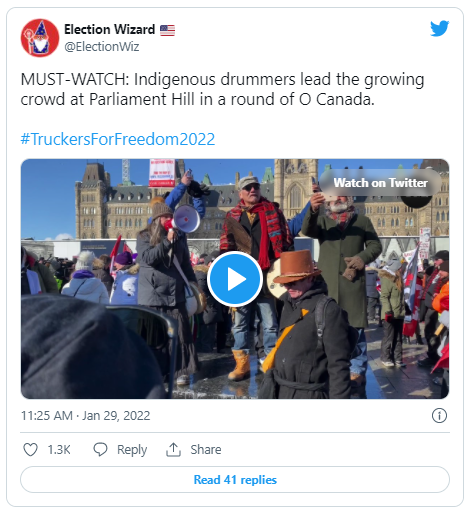 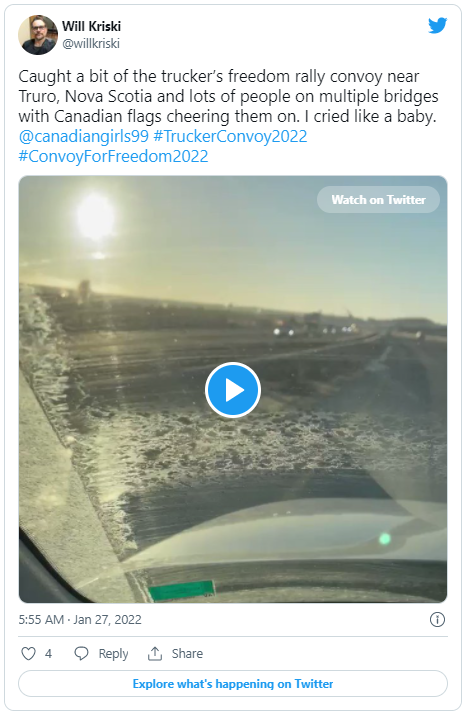