America is Still Being Fleeced by Coddling China 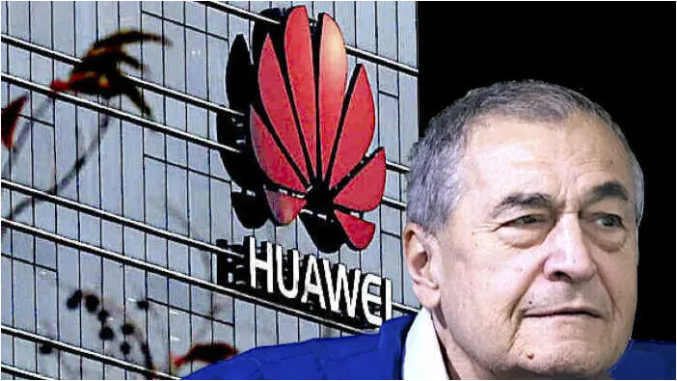 America is Still Being Fleeced by Coddling China

According to a recent grant notice, the United States’ Mission to China is funding a $25,000 grant to “carry out a program to engage Hainan’s surfing community and local environmentally active social media influencers on the topic of climate change and impacts to ocean environments.” It’s your tax dollars at work in the surf of the South China Sea.

That’s right. While Beijing continues its military buildup in the South China Sea, the Biden Administration is making sure surfers enjoy the waves!

The grant describes the ideal program activities to include:

Remember John Podesta? Well he has a brother….Tony and where Tony goes, so goes John.

Podesta started work for Huawei in August as the company attempts to free itself of Trump administration-rallied restrictions on the brand.

Podesta’s brother is Democratic Party bigwig John Podesta — who was Hillary Clinton’s 2016 campaign chairman after working as a White House adviser to President Barack Obama and as Chief of Staff to President Bill Clinton.

According to public disclosure forms released this week, Tony Podesta earned $500,000 lobbying the “Executive Office of the President” on “Issues related to telecommunication services and impacted trade issues” in the fourth quarter of 2021.

In the third quarter of 2021, Podesta disclosed another $500,000 from Huawei to lobby the “White House Office” on “Issues related to telecommunication services and impacted trade issues.” Huawei, a giant tech operation has been blacklisted. Who approved this?

While there remains historic issues with all things China including that Wuhan Lab China virus thing, the Biden administration seems not to care at all about China buying up commercial and residential real estate around the country.

The Chinese Communist Party (CCP) is continuing its U.S. agricultural takeover, buying hundreds of thousands of arable acres across the nation. The purchase of U.S. land is part of the CCP’s food security initiative, posing a significant threat to food and national security for the American public. Republicans appear willing to confront the risk by introducing amendments to H.R. 4356 and 2022 Agricultural Appropriations bill to limit land ownership and tax incentives for foreign investors.

One large purchase that was tracked was made by a Chinese billionaire named Sun Guangxin and his company GH America Energy LLC, a subsidiary of China’s Guanghui Energy Company. Sun spent $110 million purchasing 140,000 acres in a Texas county near the Mexico border and Laughlin Air Force Base.

The land was set aside for the owner to build a wind-farm to feed into Texas’ electricity grid. Known as Blue Hills Wind development, local ranchers, politicians, and the US Military were quick to note the proximity of the development as a serious risk for multiple threats from hostile actors.

The wind-farm development was only 70 miles from Laughlin, raising concerns of potential efforts to spy or “otherwise interfere with US flight training.” Military outlets further noted that the power supply to the Air Force base could be vulnerable should the development go ahead.

In 2017, ChemChina, a Chinese state-owned enterprise, acquired Syngenta for $43 billion. While mainstream news media argue that the takeover was a bad deal for China, it offers significant long-term leverage over global and domestic food production.

Syngenta is the world’s largest crop protection maker and third-largest seed supplier. The now CCP-backed company operates in 16 different states, invests in agricultural research and development every year, and employs more than 4,000 Americans in 41 states, according to Newsweek.